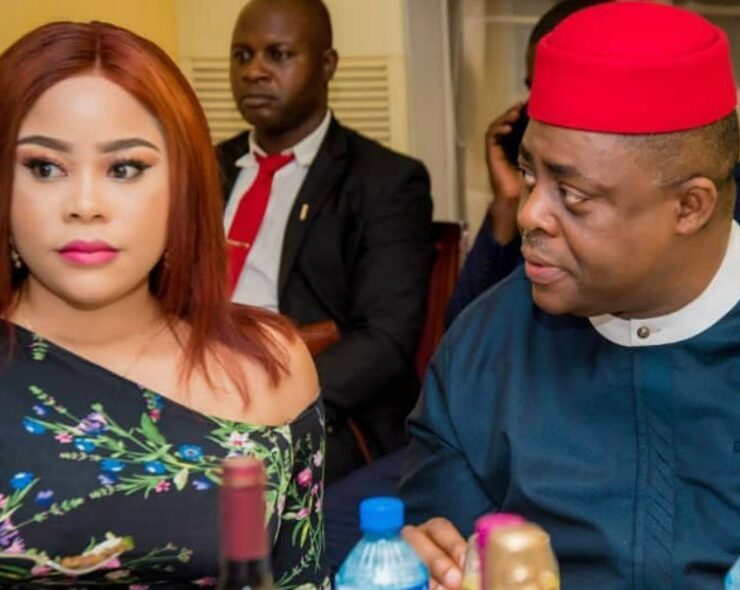 Femi Fani-Kayode’s ex-wife, Precious Chikwendu has narrated how she was allegedly unable to consummate her marriage for 6 years because the former minister of Aviation, allegedly had erectile dysfunction.

In a lawsuit filed before a Customary Court in the Federal Capital Territory (FCT), Abuja, Precious said the four children she had with FFK were conceived via artificial insemination.

Alleging that the former minister did not perform any rites before their marriage nor paid her bride price, the mother of four further claimed she was forced to be celibate during the time they were together as a couple.
She said;

“At every attempt, the petitioner made to have sexual intercourse with the respondent, there was never erection of the respondent’s penis/manhood and penetration was frustrating.

“During such periods of frustration and sexual desire, the petitioner would be left with the choice of merely rubbing herself on the respondent, to have the slightest bit of relief.

“The petitioner then insisted parties should seek medical help for the respondent, and on visiting the family doctor, the respondent claimed he was diagnosed of having a cyst on his penis/manhood, which is not allowing the respondent to have erection and or perform sexually,

“The respondent was supposedly placed on cyprotab and the doctor suggested that the respondent should go and decide when he wishes to remove/untangle the cyst.

“Few days after the visit to the doctor, the respondent informed the petitioner that he had discussed with Regina and she had prayed over it, that the respondent should not do the operation, else he would die.

SEE ALSO: ‘I Had The Most Violent Experience’- FFK’s Estranged Wife, Precious Chikwendu Shares Harrowing Details Of Alleged Abuse While In The Marriage

Precious who alleged that FFK assaulted her during their time together as a couple and also lied to her that his marriage to his third wife had ended, asked the court to declare that she was never married to the politician.

In suit no FCT/CCK8/01/043/2021, which was filed by her counsel, Mr Abiodun E. Olusanya, Precious sought for the following reliefs;

“An order declaring that there was no customary marriage between the petitioner and the respondent (despite their six-year cohabitation) under the Nanka, Orumba North, Anambra State of Igbo native law and customs.

“Alternatively, assuming by the evidence during the trial the court finds that there was a customary marriage between parties.

“An order dissolving the customary marriage between the petitioner and the respondent forthwith.

“An order granting the petitioner access to and custody of the four children of the cohabitation between parties especially during their academic calendar.

“An order ordering the respondent to be continuously responsible for the academic, medical, clothing and welfare of the four children of the cohabitation.

“An order ordering the respondent to release and return the Petitioner’s property.”

ALSO READ: ‘My Ex-wife Refused Breastfeeding Our Babies Because She Wanted To Maintain Her Shape’ -FFK Reveals Shocking Information In Court Documents

Some of the properties she is asking for include her certificates and documents, trophies from the United Nations pageantry, Red Range Rover SUV registered under her foundation’s name and the foundation’s certificates, her photos, her mother’s burial videos and souvenirs, her mother’s certificates and documents, her clothes and personal belongings including gadgets, sewing machines left at the children’s play area and her refrigerator and kitchen gadgets for her food company, Mommy Pee Food.

Precious who insisted that there was never a marriage, alleged that FFK ‘continuously behaved in such a way that she cannot reasonably be expected to continue to live with the respondent any further or formally enter into any form of traditional marriage with him.’

Precious also made a startling revelation about her children on Instagram. She said she found out during an argument in court that one of her sons has Covid-19 and her last child has injuries on his head.

She added that she will keep fighting to see her four sons, even if it means providing the court with more details and evidence against FFK. 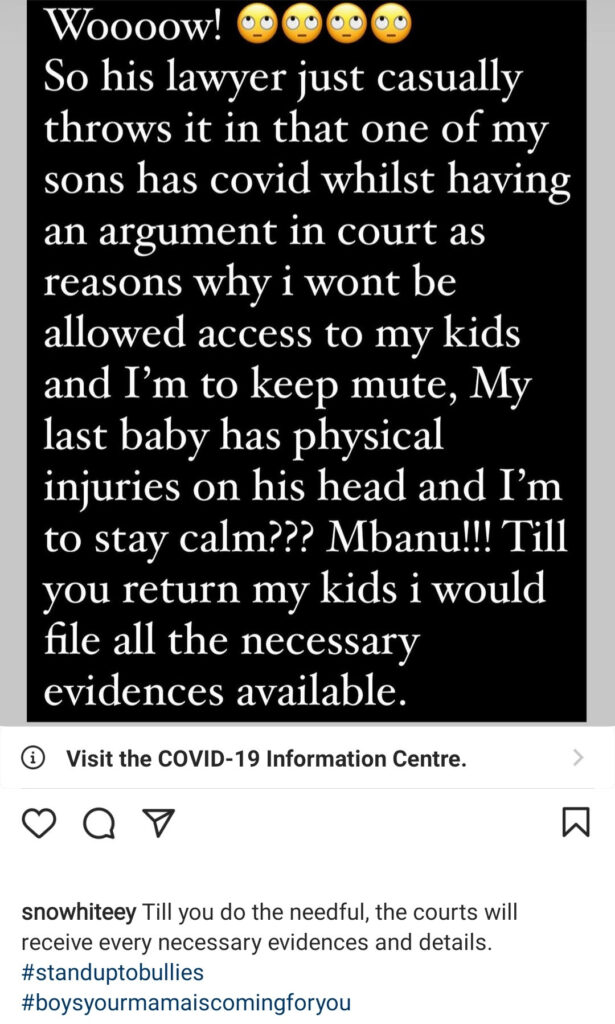