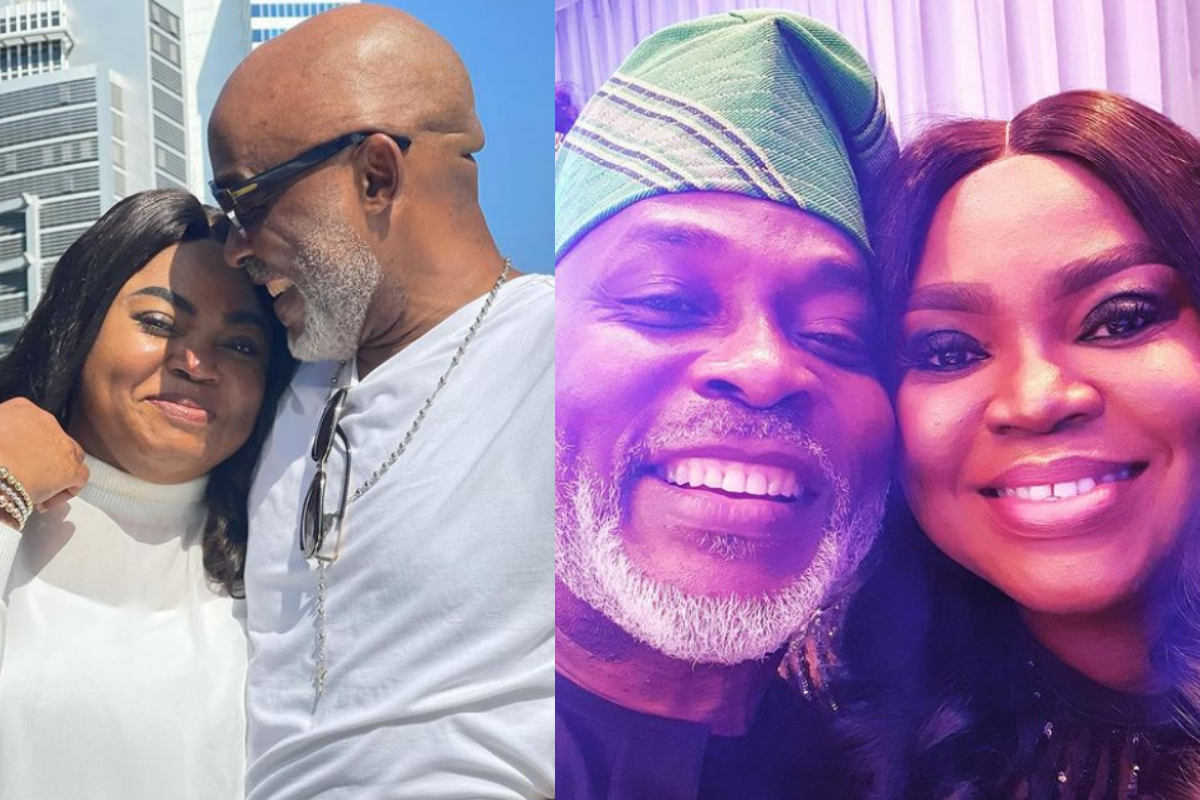 Veteran actor, Richard Mofe Damijo, popularly known as RMD has responded to those questioning him on why his wife had to give up her dreams and fame to make a home with him.

This comes after his post hailing his wife, Jumobi Adegbesan on their wedding anniversary led to a debate.

RMD while celebrating his wife on their 21st wedding anniversary disclosed that she gave up her fame in the media to make a home with him by telling him that having one famous person in the family is enough and he thanked her for it (Read Here).

“Can’t believe we are 21 years today!
My Abike
My Abk
My Abiks
Strong and courageous
Gave up your fame
To make us a home!
“One in the family is enough”
You said! Unworthy me.
Thank you for yesterday
Today
And forever.
I love you big time!

PS: When your regular spies do send this to you later, forgive me. I know you hate this picture because you were heavily pregnant with Tega and your nose were flared ??? would be a good place to start the conversation.
See how well and fine we both are now!

What a journey we’ve had. This woman you get heart sha!

Responding to the numerous questions, RMD said his wife only gave up her fame and not dream as she’s very successful in the cooperate world and runs a successful business which she’s passionate about.

Onyeka Onwenu, 70, Is Gracious As Always On The Cover Of Media Room Hub As She Reflects On Her Life, Marriage, Her Beauty Routine And How She’s Been Staying Young

He said his wife made the decision to give up fame “wholly on her own” and he just supported her decision.

The stylish grandpa added that his wife made the decision even before they got married that she didn’t want to be in the public eye.

RMD tried his best to answer all the curiosity of some fans as he also made it clear that two famous people can make their marriage and relationship work based on them, contrary to popular belief that celebrity marriages don’t last.

He also noted that it is possible for two stars to build a successful marriage and that no one should be coerced into giving up their dreams for a marriage to work. 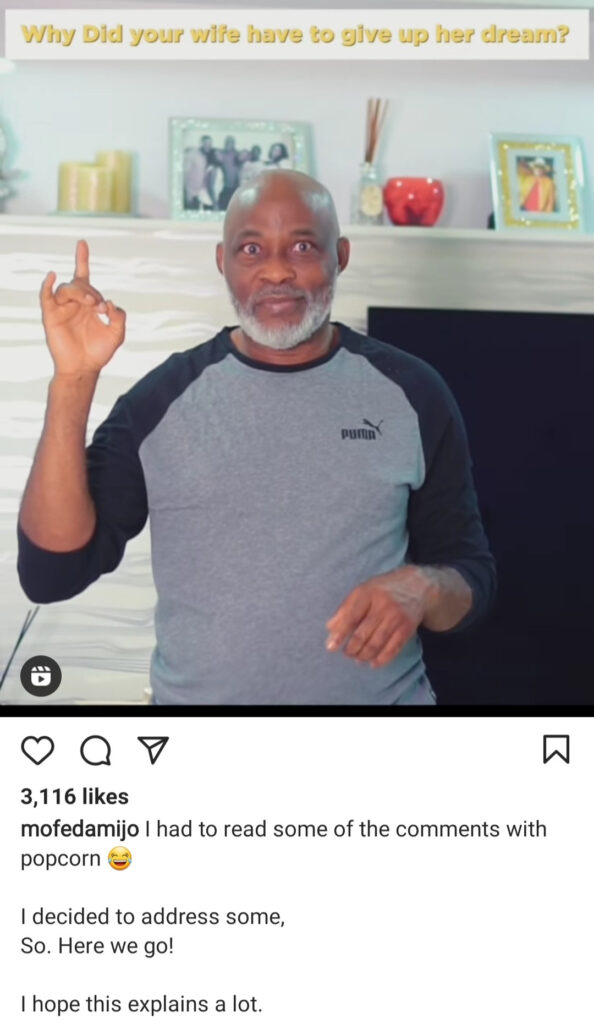