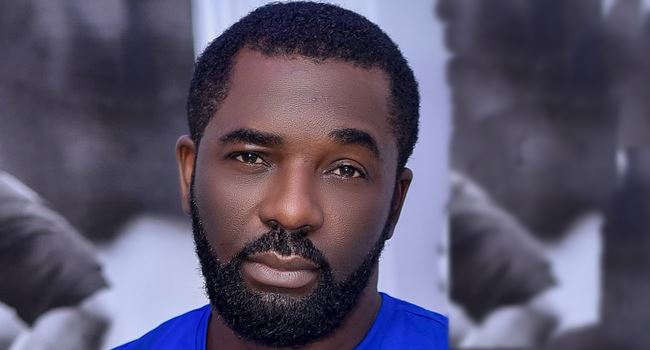 Nigerian actor, Emeka Amakeze has counsel guys to let go of a mentality they ‘found themselves holding on to’.

In a tweet that has sparked a debate on social media, the married dad asked men why they think sex is a reward for being a nice guy to a woman or spending on a woman.

Responding to Emeka’s tweet, a user identified as @thesachet intimated that no one told them sex is a reward for their kindness towards a woman, it is a mentality they hold on to.

Emeka then advised that they let go of the mentality.

“Biko, who told you guys that sex is a reward for being a nice guy or spending on a woman? Let go of that mentality biko.” 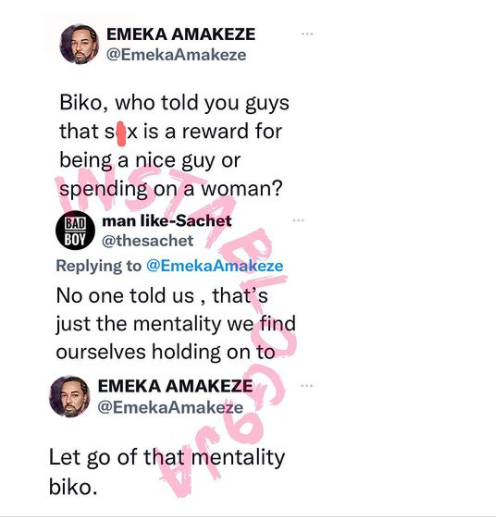 READ ALSO: Pornography And Sexting: Teens Writes To Parents As They Share On The Things They Wish Their Parents Had Told Them Before They Entered The Online World

tosanwumi wrote: “Some ladies, when a guy show small care , they mistake it for love .. then boom

they dash you their body, guys please learn to say no”

“No Woman Is A Single Mother” -Actress, Shan George Writes As She Condemns Society For Such Term

sohighxy added: “This one is talking in the nonsense! I no come lagos to be mister nice guy… nothing goes for nothing”

holuwaconquer commented: “Until dem bill u countless times shogbo . U wont v choice but to ask for it …

E get level wey billing dey reach . U go want reward for ur kindness but lets sha go off that mentality m just b kind

tonyfrank also wrote: “My Issue be say why people Dey always feel so entitled of frequently asking for Favour after you’ve helped them once or twice..”

tobbylobar added: “Well, girls have shown that when there’s money they can be vulnerable so I’m not putting all the blame on guys for having such mentality.”