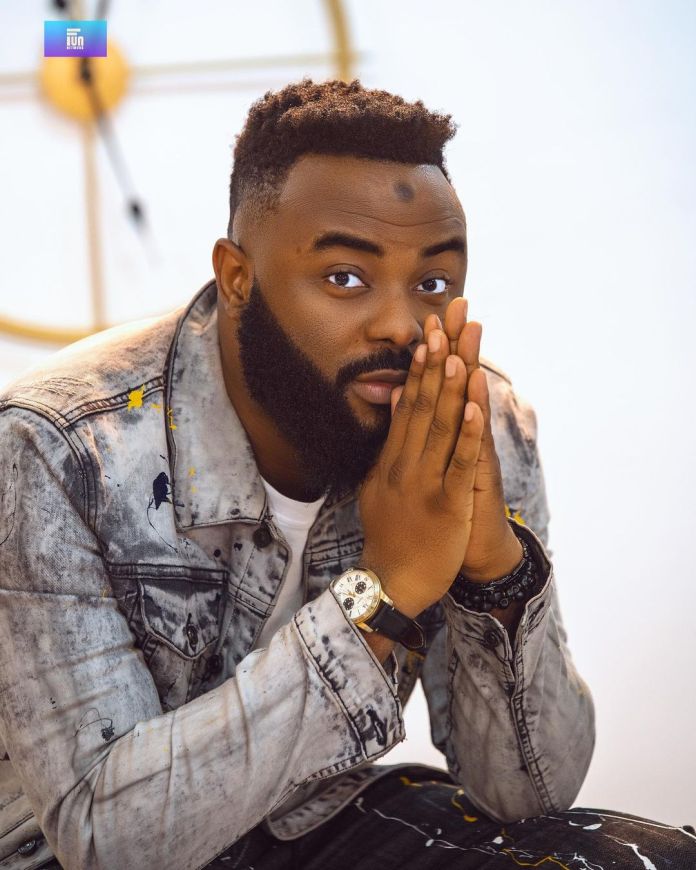 The 33-year-old Nigerian video jockey in the recent edition of ‘Real talk’ anchored by BBNaija reality star, Bisola Aiyeola has stated that he is not in any way intimidated by a woman’s wealth and status.

According to the presenter, he is not bothered if his woman earns more than him because his upbringing doesn’t give room for such behaviour.

In his words, his father brought him up to be responsible for his woman even if she makes more than him. He said:

“The way my father taught us, if a woman is making one billion a month, if I am making N100 naira a month and I decide to give her N5kobo every week, that 5kobo should never fail. It’s the principles I was brought up on. I don’t really care about whatever you make.”

BBNaija Couple, Khafi And Gedoni Share Their Experiences As Married Single Parents: ‘I Resented My Husband After Birth’

READ ALSO: Writer, Nike Adexa Who Ignored Her Family’s Advice To Marry A Man She Earns More Than Shares Lessons From Her Failed Marriage

Asked about making sacrifices in relationships, Adams noted that sacrifices don’t necessarily have to be reciprocated. He said:

“My ideology of sacrifice is putting the other person first. I am responsible to my spouse, girlfriend or brother. I don’t feel entitled to anything from them. It will be great to have sacrifices reciprocated, but it isn’t compulsory.”

Sharing his thoughts on a scenario where he cannot afford rent as a married man but desires to move to Mowe but his wife who has the money refuses, VJ Adams said:

“We move to what I  can afford because I am responsible. Again, I don’t think I will be in that scenario, I won’t be with a woman like that.”