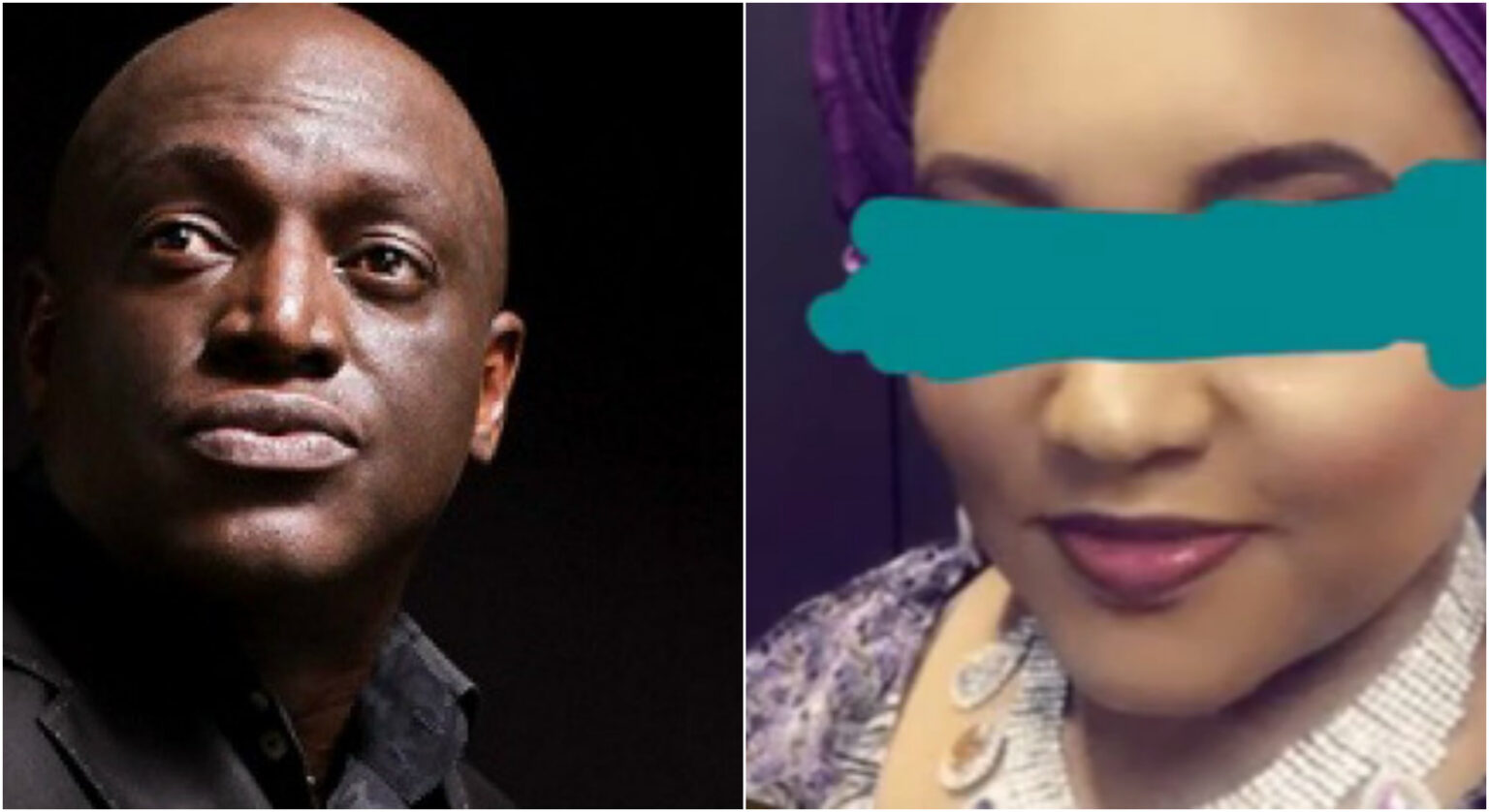 An American lady, based in Texas, identified as African Doll, has accused Nigerian gospel music minister, Sammie Okposo, of impregnating and abandoning her.

Recounting what happened, African Doll in an interview with a YouTuber Obodo Oyinbo TV disclosed that she met Sammie in Texas when he was on a tour of the US and he invited her to his hotel where she spent the night and messed around with him.

Alongside screenshots of a conversation with the married gospel artiste, Doll claimed she had a relationship for months and spent time together until she found out she was pregnant in January. She disclosed that Sammie told her to abort the baby when she informed him of the pregnancy. In her words:

“Sammie okposo got me pregnant and does not want to take responsibility and blocked me on all social media platforms. We met at a concert in one church close to my home and we started following each other on Instagram.

He asked for my number from Instagram and we started conversing regularly. He invited me to his show in Houston Texas in November 2021, he invited me to his hotel and we hung out. I spent the night with him until the next morning.

There is a still a way to handle things. He didn’t handle it right. I am not saying he has to bow to me, but there is a way you do things. Turning your back on me is wrong.

Any woman on earth won’t feel okay about it .It doesn’t feel good to be abandoned or to be thrown to the side. I cannot be walking around thinking about it, life goes on.”

She, however, said she’s not trying to get anything from him or blackmail him but he disrespected her by calling her names. She claimed:

“After I left the hospital and called him, he told me to do the needful and get rid of the child after I told him I was pregnant. He blocked me and called me names when the issue of the baby came up.”

When asked if she is going to keep the baby, the outspoken lady said:

“I will keep the baby, I don’t really believe in abortions. Fornication is a sin. The bible says he who is without sin should cast the first stone. It is not my intention to hurt anybody but to bring life to the situation”.

She added that she came out because Sammie has left her to sort out the issue alone.