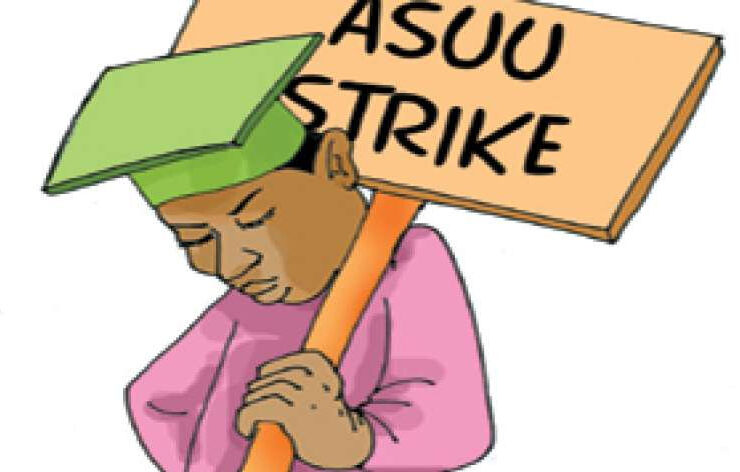 The federal government has declared strike by the Academic Staff Union of Universities, ASUU illegal.

Minister of Labour and Employment, Chris Ngige made the statement after FG’s meeting with ASUU ended in a deadlock early Wednesday morning.

While the government insists that the demands raised by the union were already being met, ASUU thinks otherwise.

Addressing stakeholders at the meeting, Ngige described the ongoing strike as a clear breach of the law, adding that the union did not go through the normal process before embarking on the industrial action.

He also faulted ASUU’s action, saying it did not give the Federal Government the minimum 14 days strike notice prescribed by the law, prior to the strike.

“I saw their letter in my office on February 18, which is last Friday and as you know, they started their action on Monday, February 14. So, it is a clear breach of labour laws. There are violations.

“If you must notify us of intending strike action, you give us a minimum of 14 days’ notice. I pointed out to them that we are a country guided by laws. Nobody is above the law. They should obey it.”

Ngige also explained that the Trade Disputes Act permits him to apprehend the strike and having done so, the industrial action should seize.

The meeting between the warring parties may continue on Monday next week as Ngige vowed to approach the Nigeria Inter-Religious Council (NIREC) to also intervene. Ngige had stated:

“By Monday, we would have dealt with some of the issues they are talking about and return to them for further discussion. We will meet again with them and the Nigeria Inter-Religious Council (NIREC) and we take it from there.”

ASUU is adamant about the continuation of the strike until government fully addresses demands bothering on revitalization funds, implementation of the Integrated Personnel Payrolls System (IPPIS) among others.