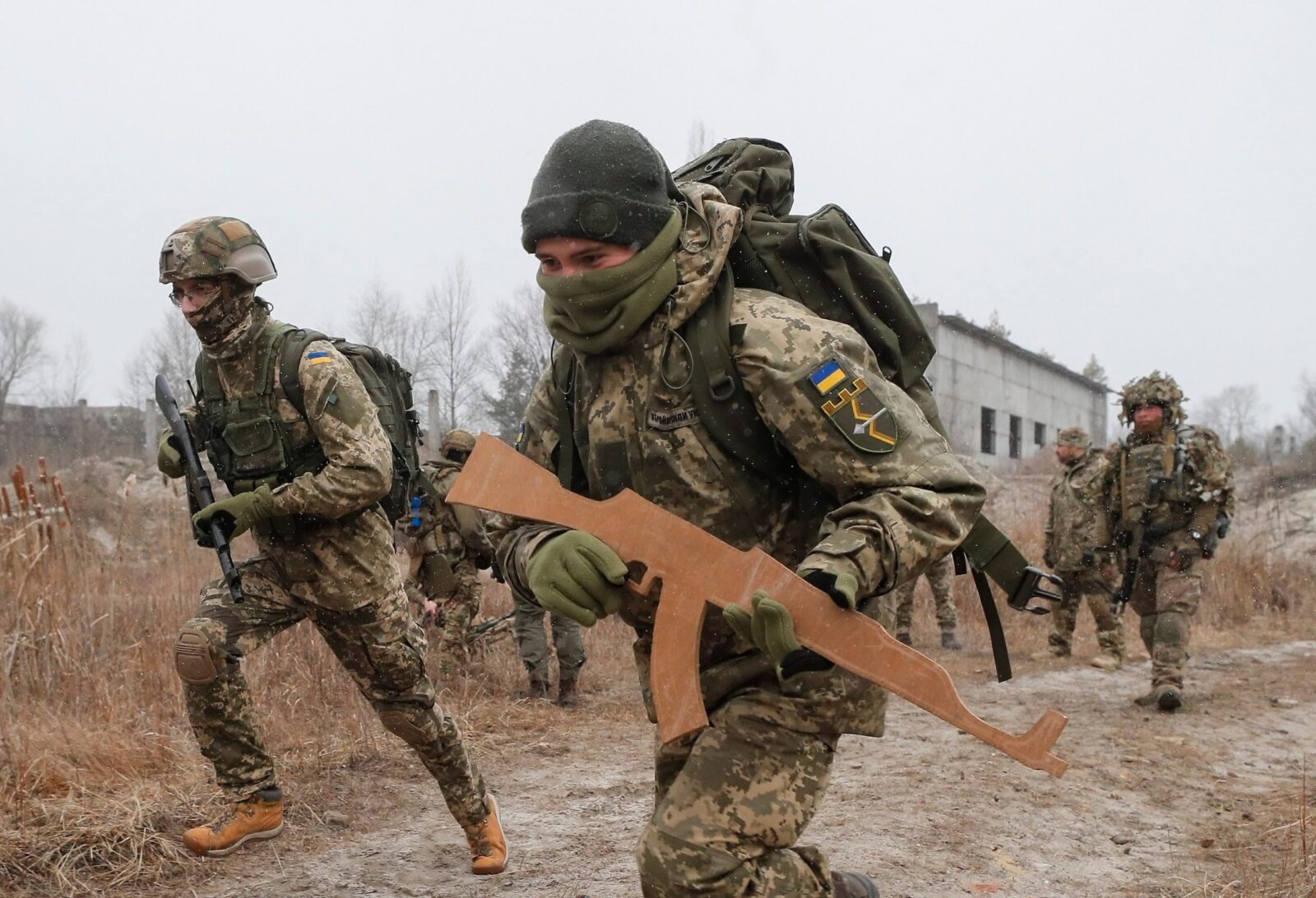 The Federal Government has said it is planning a special flight operation to evacuate Nigerians from Ukraine amid the escalating crisis in the country.

The Ministry of Foreign Affairs announced this in Abuja on Thursday, ChannelsTV reports. This comes after the country was invaded by Russia.

Russian President, Vladimir Putin had announced a military operation in Ukraine on Thursday with explosions heard soon after across the country and its foreign minister warning a “full-scale invasion” was underway.

Weeks of intense diplomacy and the imposition of Western sanctions on Russia failed to deter Putin, who had massed between 150,000 and 200,000 troops along the borders of Ukraine.

“The Federal Government of Nigeria has received with surprise, reports of the invasion of Ukraine by Russia,”

“The Ministry of Foreign Affairs has been reassured by the Nigerian Embassy in Ukraine of the safety of Nigerians in that country and measures being undertaken to keep them safe and facilitate the evacuation of those who wish to leave.

“The Federal Government wishes to assure the families with loved ones in Ukraine that as soon as the airports in the country are opened, it would assist in facilitating the evacuation of Nigerians who are willing to leave.

“In the meantime, the Nigerian Mission has confirmed that military action by the Russians has been confined to military installations.”

Earlier, the House of Representatives had called for the immediate evacuation of Nigerians in Ukraine. The lawmakers were concerned there are many Nigerian students in Ukraine who could be caught in the crossfire.

The motion was moved by representative Ahmed Munir during plenary on Thursday. But some lawmakers feared that it may be too late as the evacuation should have been done long ago.

The Speaker of the House of Representatives, Femi Gbajabiamila, agreed with a lawmaker, Leke Abejide, to interact with the Chairman of Air Peace, Allen Onyema to evacuate Nigerians from Ukraine by Monday, February 28.

Meanwhile, the Nigerian Embassy in Ukraine on Thursday had asked citizens in the East European country to remain calm and take responsibility for their personal security and safety.

The warning was contained in an Embassy notice obtained by ChannelsTV. The notice read:

“The Embassy urges Nigerian nationals resident in Ukraine to remain calm but be very vigilant and be responsible for their personal security and safety.

“The Embassy wishes to add that should any of Nigerian nationals considers the situation as emotionally disturbing, such nationals may wish to temporary relocate to anywhere considered safe by private arrangements. They should, however, ensure that they do all the needful to validate all their resident documents for ease of return to the country when desired.

“In addition, in case of students seeking such temporary relocation, they are enjoined to seek proper clearance and guarantee from their respective institutions, authorities/agents on the way forward in respect to their studies during this period and/or thereafter.

“For those who still consider it appropriate to remain in the country, be assured that the embassy remains open for its consular duties and responsibilities at all times. It will always avail you of updates when necessary.”

See full text of the statement below… 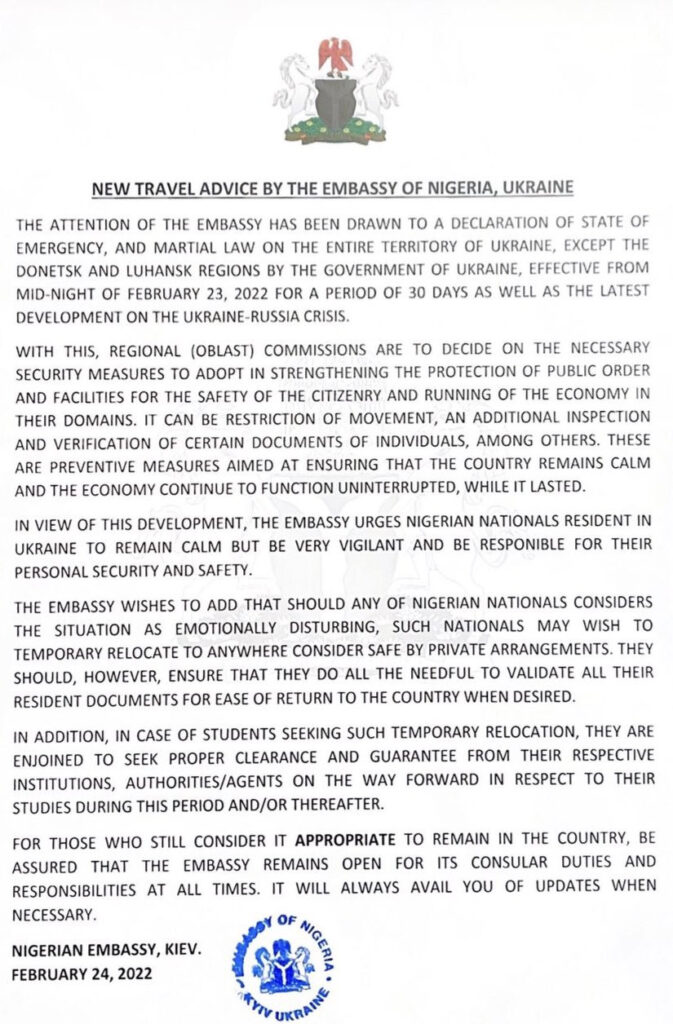