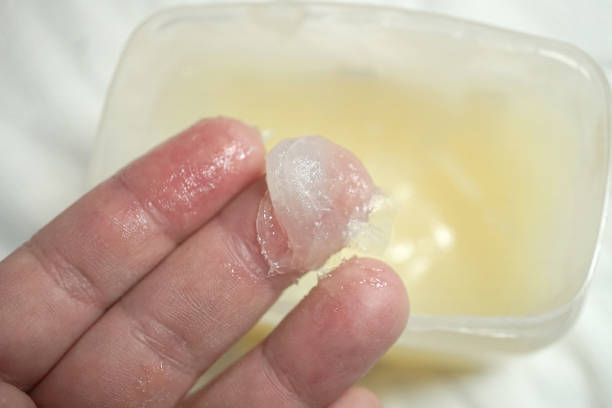 Parents Express Deep Concerns Over The Several Challenges They Face Raising Their Girl-child(ren) In Nigeria And It Is So Disheartening!

Dr. Yemi Adeyemi, a public health physician and sex educator has said using Vaseline as a lubricant during sexual intercourse increases the risk of yeast infection and vagina irritation.

The physician also cautioned that Vaseline is not safe for the vagina health, adding that using it increases the risk of getting a sexually transmitted infection and unintended pregnancy.

According to her, Vaseline is oil-based and can destroy latex-made condoms and cause condom failure. Speaking in an interview with PUNCH HealthWise, Dr Adeyemi said:

“Vaseline is oil-based, which makes it unsafe as a lubricant. Oil-based lubricants destroy latex-made condoms which can lead to an increased risk of getting a sexually transmitted infection and unintended pregnancy.

“Using Vaseline as a sexual lubricant would also affect vagina health, cause a yeast infection, vagina irritation, among others.”

The physician said the lubricant individuals should opt for should be non-scented water-based lubricants.

“Water-based lubricants are the most common and come in two varieties. There is one that comes with glycerin and another without glycerin.

“Water-based lubricants are cost-effective, easy to find, safe to use with condoms and less likely to cause vagina irritation (glycerin free) and have a longer shelf-life.

“However, lubricants with glycerin may cause yeast infections; glycerin-free lubricants can taste bitter, it may not be the best option if you like to switch things up between oral and penetrative sex,”

SEE ALSO: Women Issues: Study Links The Use Of Ovulation-inducing Drugs To Risk Of Ovarian Cancer

A study published in Obstetrics & Gyneacology shows that intravaginal insertion of over-the-counter products is associated with an increased risk of bacterial vaginosis.

The study led by Joelle Brown of the University of California and the AIDS Research Alliance of America, Los Angeles studied 141 women.

The most commonly reported practices included the insertion of commercial sexual lubricants (70 per cent), petroleum jelly (17 per cent), and oils (13 per cent).

“In univariable analysis, intravaginal use of oils was associated with Candida species colonisation (44.4 percent compared with five per cent, P<.01).

In multivariable analysis, women reporting intravaginal use of petroleum jelly over the past month were 2.2 times more likely to test positive for bacterial vaginosis (adjusted relative risk 2.2, 95 per cent confidence interval 1.3-3.9).”

ALSO SEE: Expert Warns Women Of The Health Risk Of Bleaching The Vulva In A Bid To Have A ‘Perfect’ Vagina

The researchers say the context, motivations for, and effects of intravaginal products and practices on vaginal health are of concern and warrant further study.

Dr. Adeyemi stressed that Vaseline is not a good option for personal lubrication during intercourse because it can introduce bacteria that can lead to an infection.