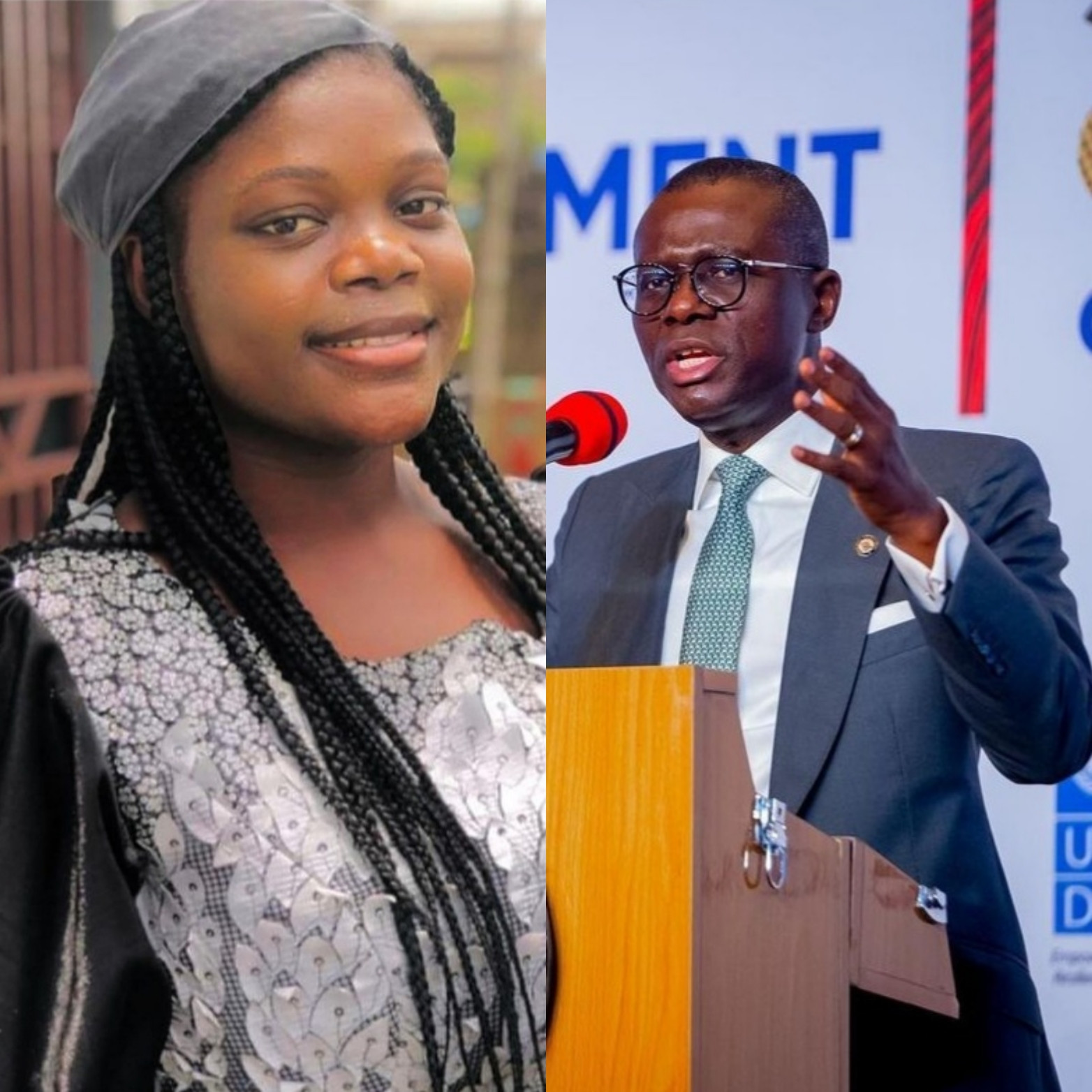 The Lagos State Governor, Babajide Sanwo-Olu, has cautioned residents across the state against boarding the Bus Rapid Transit, BRT vehicle without inner lights at night.

This is coming on the heels of the tragic death of 22-year-old lady, Miss Oluwabamishe Ayanwole, who was murdered inside a BRT vehicle on her way from the Lekki area of the state recently.

Reacting to the incident, Sanwo-Olu cautioned members of the public not to board BRT buses after the close of bus services in the evening.

Speaking to journalists during an event held at the Mobolaji Johnson Arena in Onikan to commemorate International Women’s Day, the governor noted that buses that have closed for the day would indicate by switching off its inner lights.

According to the governor, when BRT drivers switch off their inner lights,  the buses were expected to be taken back empty to their yards. Sanwo-Olu said:

“Any bus that has its inner lights on at night is certainly still on service. Once the lights are off and the radar in the bus is not displaying, people should desist from boarding such bus, because it is no longer in service at that period.

“By that time, the checker and conductor would have been out of the bus, except the driver who is expected to take the empty bus back to their yards,”

The governor said the circumstances surrounding the death of Bamise, while in transit on a BRT bus, would be fully unravelled, stressing that stiff punishment awaits anyone found culpable in what he described as a “criminal and dastardly act”.

Sanwo-Olu also said the State Government remained determined to pursue the matter transparently and to a logical conclusion.

The governor added that those raising allegations of cover-up against the state government were low-minded and had no conscience, stressing that there should be no reason for anyone to trivialise an incident that claimed the life of an innocent citizen.

“There is an investigation that is currently going on and because it is a criminal matter, only the police are empowered constitutionally to fully unravel all of the events that happened, which led to the death of the lady.

The development has been condemned at the highest level of the Government. I personally stand to condemn it and offer condolences to the family of our citizen, Oluwabamishe.

I have read some narratives and write-ups in the social media in the last few hours. Some people are deliberately and extremely being sensational, posting that Lagos State Government wants to cover something; even my person.

These people trivialise life, which appears to me like they just want to score a cheap point. These people are of low minds and have no conscience.

Our Government will certainly not be deterred with such wicked narratives. What we are about is to ensure that we transparently get to the roots of the matter. That is why the police and the Department of State Service (DSS) picked up the driver, who ran to another State, where he was arrested.

Full wrath of the law will be applied on whoever is found wanting in this matter. And we will ensure the incident does not repeat itself.”

Sanwo-Olu expressed confidence in the ability of the police to conduct thorough investigation and expose anyone or group of persons behind the death of the bus passenger.

Bamise boarded the state-owned bus, BRT, on Feb. 26 while on her way home from work.

During the journey from Lekki to Oshodi, the fashion designer was said to have observed that the driver was not picking up other passengers at subsequent bus stops along the route. She then made a call to someone to complain that she felt uneasy about being in the bus.

She recorded a video to show the person on the other end of the call the dark, empty bus and she asked them to pray for her. That was the last her family heard from her.

After a few days, her family members went to the BRT bus park to search for the bus she made the video from. Fortunately for them, they found the bus but the driver who drove the bus was no where to be found and also his guarantor.

On Monday, Bamise was found dead on Carter Bridge, according to the Lagos State Police Command.

“The Lagos State Police Command regrets to inform the public that Oluwabamise Ayanwole, the 22-year-old lady who got missing in transit while on board a BRT bus on 26/2/2022 has been found dead,” Adekunle Ajisebutu, Lagos police spokesperson, had said.

“The corpse was found lying on the Carter Bridge by Ogogoro Community, Lagos Island. The corpse has been deposited at the morgue of the Mainland Hospital, Yaba, for an autopsy.”

Ebute Ero residents said Bamise was thrown out of a moving bus on the same day she was last heard from.

Some claim her body was mutilated, with some of her parts missing. Bamise’s family visited the Ebute Ero police station and they were taken to the mortuary to identify her body.

Meanwhile, the driver of the BRT bus, Nice Andrew Omininikoron has been arrested. In a video recorded by one of the policemen, the driver disclosed that he had unlawful carnal knowledge of the deceased.

“She forced herself out, she was crying for help. Because of the dirty act I have done, I was afraid,”

The driver had later in a seemly cooked up video released on Monday denied his involvement in Bamise’s murder – a statement which attracted the outrage of many Nigerians on social media.

He claims he picked up Bamise and some other men who then pointed a gun at him and asked him to stop at Carter Bridge.

He further said they then asked him to open the door and they dragged Bamise out with them. He added that he was too afraid to act.

“I picked her from Chevron and I picked the other three guys at Agbegi, when those guys showed me the weapon as I was driving, I couldn’t be myself anymore. Fear came over me, so whatever they (the men with gun sitting beside me) asked me to do, I did..

“So when I followed that Carter Bridge, that overhead bridge, they told me to stop there. When they ordered me to stop, they asked me to open the door, when I opened the door, then they started dragging her. I saw her crying for help but I was helpless. When the issue happened, I ran away because I was afraid,”

the driver had noted.