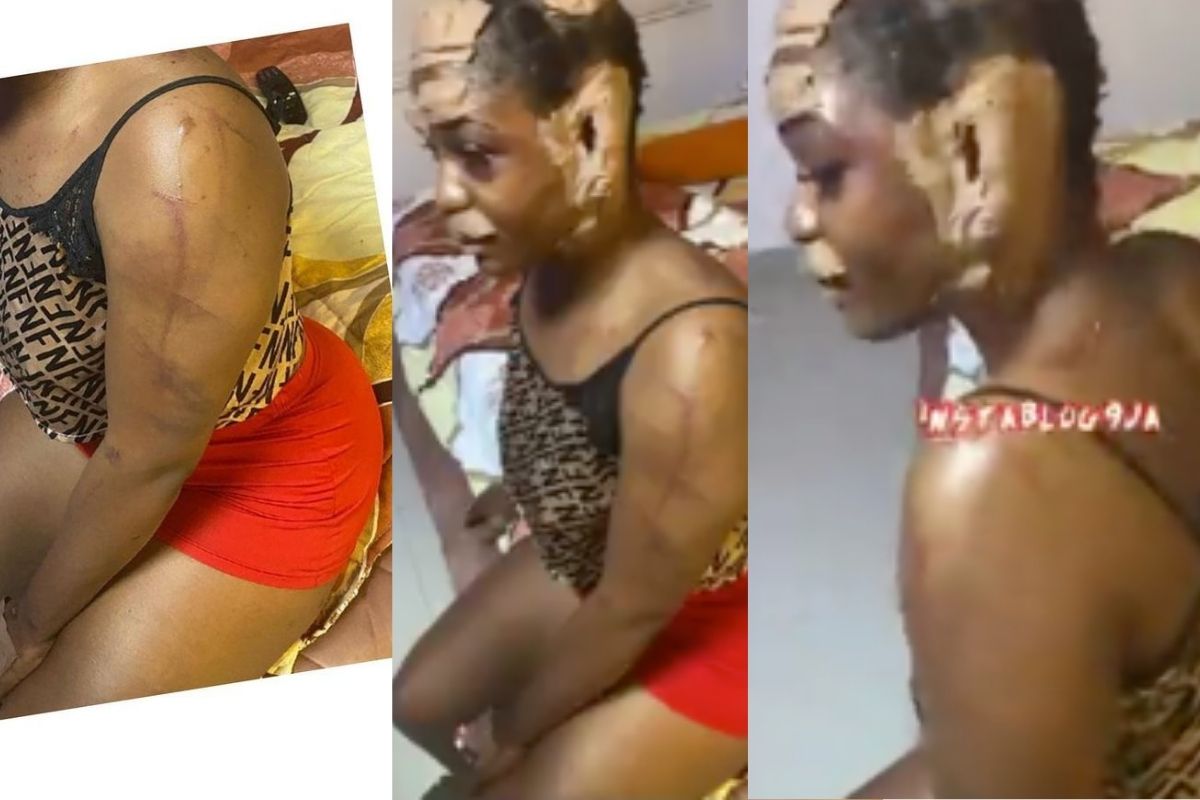 Kidnapping is a major problem in Nigeria in the early 21st century. Kidnapping by unknown gunmen, bandits and insurgents is among the biggest organised or gang crime in Nigeria and is a national security challenge.

A Nigerian lady simply identified as Tee, has sustained severe injuries after she was reportedly attacked and stabbed multiple times by suspected kidnappers in Lekki, Lagos Sate on Sunday, June 13.

According to her friend, Cammy who shared Tee’s near-death experience on Instagram, the incident happened at about 8pm when her bolt driver was double crossed. The driver was stabbed and Tee was whisked away in a black Toyota Matrix.

Shortly after she was bundled into the car, one of the kidnappers started harassing her sexually. She was also stabbed and had the opportunity to escape via the car window.

“This happened to my friend @teelove.i , On her way to Lekki at about 8pm,yesterday(13/06/2021) her @bolt_nigeria driver was double crossed, the rider was stabbed and they took my friend in their car (black Toyota Matrix)

One of the kidnappers started pressing her breast inside the car telling the other one her breast is too small, for what they need it for then she started dragging with them and they started stabbing her ..But thank God she escaped via the car window..

please guys let’s be safe out there..

This country has failed us, going out and coming in safely is underrated..

The government has failed us.” 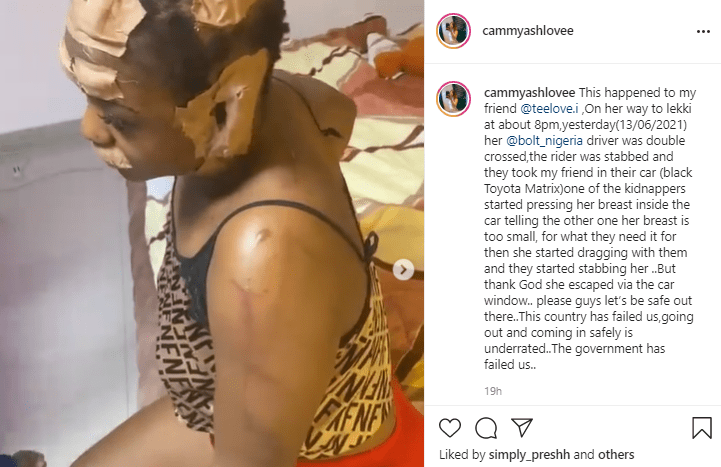