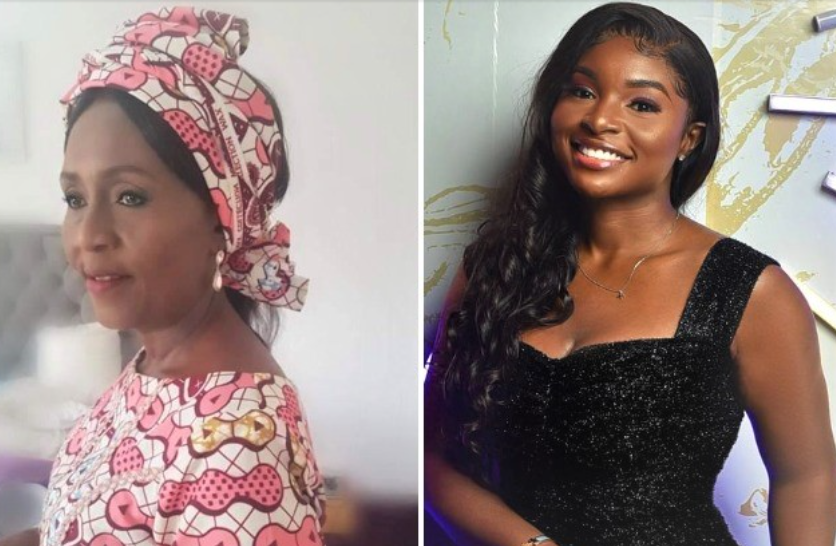 When Mrs Stella Ogar gave birth to Amokeye Ogar, her baby was the dream of every new parent. Her vital signs as a baby were perfect and so was her physiological state.

However, at two years old, she became critically ill and her deteriorating condition got her parents quite worried.

According to her, all she could do at the time, since no form of medication worked, was to wipe tears that flowed endlessly down her own face, while praying for some form of relief for Amokeye.

“My daughter would wail and struggle with intense pain all through the night. She would look into my eyes, trusting me to take the pains away. But I had no idea what the source of her pains was.”

The fact that Amokeye was born healthy never aroused any form of suspicion that something could be wrong with her genetically. She added:

“So a test was carried out and the result revealed that her inherited haemoglobin comprised of cells like sickles.”

According to the Sickle Sickle Cell Foundation of Nigeria, the condition is an inherited haemoglobin disorder comprising sickle cell anaemia and some less prevalent but related conditions such as sickle haemoglobin C disorder and sickle beta thalassaemia.

The Centres for Disease Control and Prevention described SCD as a group of inherited red blood cell disorders. It explained that healthy red blood cells are round, and move through small blood vessels to carry oxygen to all parts of the body.

However, in someone with SCD, the red blood cells become hard and sticky and look like a C-shaped farm tool called a “sickle”. The CDC stated:

“The sickle cells die early, which causes a constant shortage of red blood cells. Also, when they travel through small blood vessels, they get stuck and clog the blood flow. This can cause pain and other serious problems such infection, acute chest syndrome and stroke.”

Mrs. Ogar revealed that managing the condition was quite distressing and the fact that not much was known about it at the time made its management a bit tough.

“The experience for me was traumatic. It was mentally stressing, emotionally draining and finance wise, God was just there for us.

For those of us who married early in those days, testing for genotype wasn’t rampant. We all became victims and the children became victims of victims.”

While still coming to terms with the reality of managing Amokeye’s health, the family was shocked to realize that her younger brother also had the same condition.

“When my second child was sick for two weeks and the fever never came down, we went to the hospital and tests were conducted. I remembered the doctor telling me that he is a child with sickle cell disease and my knees buckled. I had a momentary blackout. I nearly collapsed.”

According to her, many a time, she and her husband had to stay awake to watch over the two sick children. The woman said several times, she had to fall back on her religious beliefs to wade through the crises that the ailment brought in order to survive.

“I tried to keep the kids focused on God—not medications. My source of strength came from knowing that I have a God who is a healer. We made the mistake and there are consequences for the mistake. The child didn’t ask to be born, and I didn’t ask to give birth to a sickler.”

SEE ALSO: Abiola Okoya Who Lost Her 24-Year-Old Son To Sickle Cell Wants Others To Learn From Her Experience | Read Her Story

Mrs. Ogar recalled that there were days when her daughter had crises for days and had to endure the accompanying pains because no pain killer could help.

“There was this particular time Amokeye cried for nine days non-stop. The doctors gave every form of pain killers and I was told they had exceeded the type and recommended dosage meant to give her relief. We were told that if more medication was administered, we will lose her.

I dialed seven pastors’ numbers and told them to start praying for me not to lose Amokeye. But thank God we survived.”

Mrs. Ogar also recalled some of the nights she spent at the hospital, nursing Amokeye’s younger brother.

“There was a time her brother spent 21 days on admission and he could not do anything by himself. There were days when Amokeye and her brother would fall sick at the same period.

Several times, I’ve slept kneeling down. On some days, while I am attending to one of them in a room at the hospital, another one would call for my attention in another room. On several occasions, I have asked when the horror movie will end?”

Given the financial requirements that came with managing the condition, the Ogar’s income was never enough to pay for private care as the children grew up, and this resulted in them falling sick quite often and sometimes, needing separate rooms at the hospital, which were quite expensive at the time.

She, however, said they were lucky to have a doctor that understood the family’s plight and made payment of bills flexible. The 53-year-old, said:

“The man that owned the hospital we go to for treatment always gave us a lifeline. We would deposit some money and pay the balance of the bill in three weeks or a month’s time. So, if I paid a bill of N50, 000 then, it’s like paying a bill of N150, 000 now.”

Presently, Amokeye and her brother no longer see the condition as a fun-robbing childhood memory. At 34 and 30, respectively, they have grown into healthy adults and don’t look sickly.

Speaking with PUNCH, Amokeye revealed that it is expensive managing the condition, adding that for a visit to a private hospital for consultation and treatment, she spends an average of N100, 000.

Even when I am in the private hospital, consultants are brought from government hospitals and I get to pay a fee to be seen. The fees range from N15, 000 to N25, 000, depending on the consultant.

Amokeye, who is now an interior designer, said she saw how sickle-cell impacted the sufferers and their relatives’ mental health and decided to found a non-governmental organisation known as ‘Sparkle for Sickle Cell’ in 2018, to manage mental health.

“I understand that the biggest battle against the condition is in my mind and if I win in my mind, I win in my body. I have focused more on the mental part when it comes to sickle cell, like being in active therapy and making sure after every hospitalisation, which most times gets quite traumatic with doctors not listening, to talk to about those feelings and emotions with my therapist.

The sickle cell journey has not been an easy one but professional support, when it comes to mental health management, helped a lot.

When I share my story on my Instagram page @sparkleforsicklecell, I educate and advocate. I am very intentional about spreading positivity and encouragement.

I want to give others who see SCD as a death sentence, hope.  I do that with a smile on my face, to remind them that they can live a happy, fulfilled life in spite of sickle cell and its struggles.”

According to the SCFN, one in every four persons is a healthy carrier of the sickle cell gene and sickle cell disorder is by far the commonest inherited disorder in the world, with three-quarter of cases occurring in Africa.

ALSO SEE: Sickle Cell Disorder: Advocate, Toyin Adeshola Counsels Carriers On How They Can Defy All Odds To Live Their Lives To The Fullest

Nigeria has the largest burden of SCD in the world

“In Nigeria, where it affects two out of every hundred children born, it causes suffering for innumerable patients and their families.

However, despite its importance, until now, there has been no dedicated sickle cell centre in Africa. This is partly because the scale of the problem makes it difficult to see how to start,”

In a paper delivered by the Chairman, SCFN, Prof. Olu Akinyanju, over 40 million people are healthy carriers of the S gene. The Prof said:

“This number of carriers far exceeds the total population of every other affected African country and indeed, of several of them put together. Consequently, about 150,000 Nigerian children are born each year with sickle cell anaemia, the prevailing type of SCD in this region.

Survival of these children beyond childhood is largely dependent on their access to appropriate care and as most of them are born into poor underprivileged families, very few of them survive childhood.”

Meanwhile, experts say that widespread genetic counselling and prenatal diagnosis can help to reduce births of children with the disorder.

Head of Haematology and Blood Transfusion, Lagos University Teaching Hospital, Idi-Araba, Professor Sulaimon Akanmu, said individuals who are counselled on haemoglobin genotype, will ultimately help to reduce the birth of children with the disorder.

“This is what we are canvassing, and the counselling should start from schools. Part of the curriculum that we should develop in our schools, perhaps at the secondary school level, is to know something about genetic inheritance and the laws that govern genetic inheritance, particularly with diseases that are of public health importance.

According to the World Health Organisation, in Canada where only about 5,000 persons, including children, have sickle cell disease, unmarried people are offered screening for thalassaemia.

The WHO noted that in the Maldives, screening is offered, while premarital screening is a national policy in Cyprus and the Islamic Republic of Iran. It stated that in Greece and Italy, pre-reproductive screening is highly emphasised.

“Systematic carrier screening with the option of prenatal diagnosis is established in parts of Asia (in parts of China, including Hong Kong Special Administrative Region, Macao SAR, some southern regions and the province of Taiwan, parts of India, the Islamic Republic of Iran, the Maldives and Singapore), parts of the Caribbean and most of southern Europe (except Albania).

In Australia, much of northwest Europe, New Zealand, and North America, prenatal diagnosis is available and antenatal carrier screening is standard practice.

In the United Kingdom, this policy identifies only a minority of at-risk couples in time for a truly informed choice: for timely risk detection, screening must be provided through primary health care. The same may apply to many countries where the disorders affect primarily ethnic minorities.

As an advocate, Amokeye added:

“The government needs to put a policy in place to educate people, especially in the rural areas. Also, treatment options should be made available in Nigeria as the country has the highest number of people with SCD in the world.”