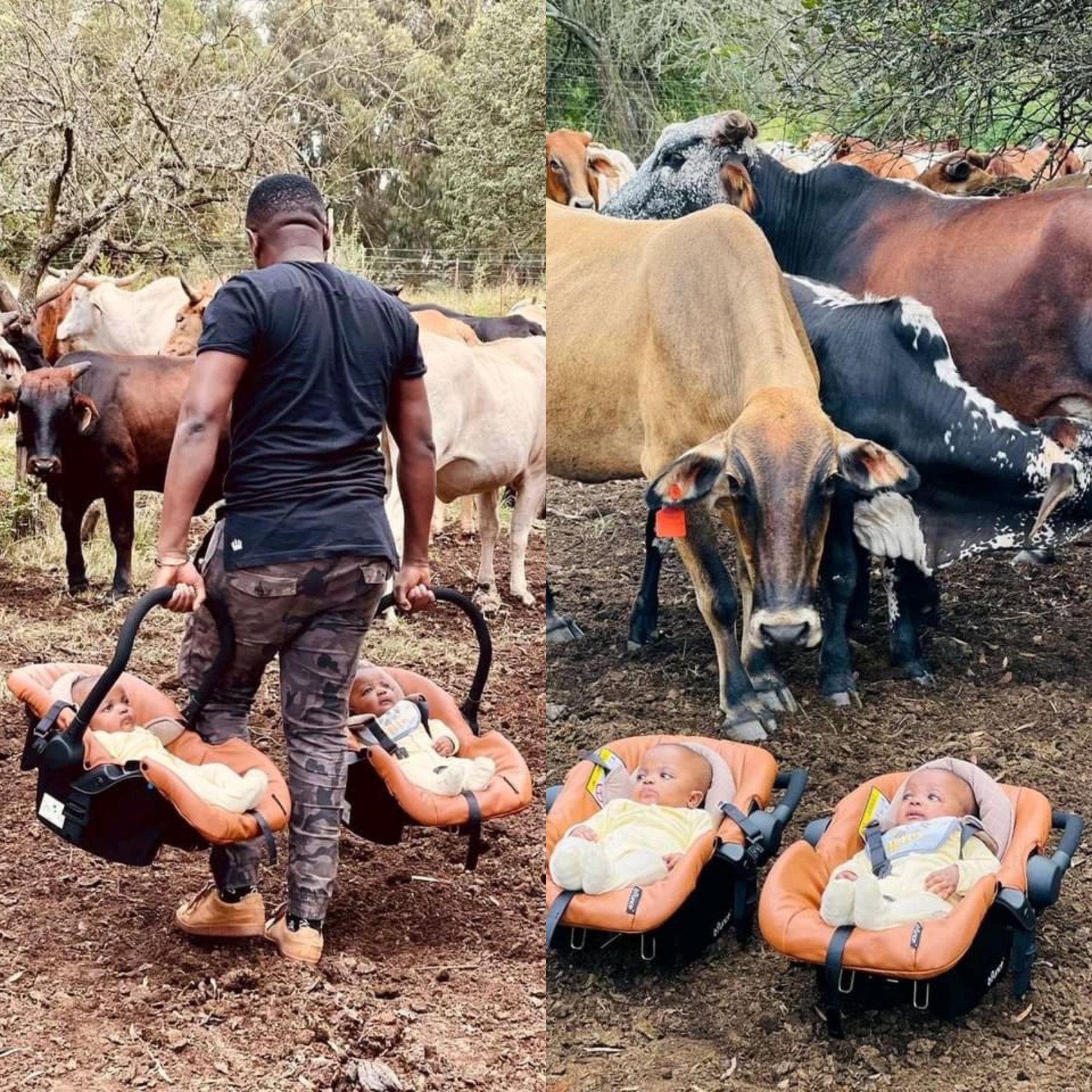 South Africans took to Twitter to share an unusual practice referred to as the “African DNA test”.

A father was photographed taking two babies to a farm and leaving them on the floor, surrounded by cows.

Other South Africans on Twitter immediately understood what the picture meant and said it’s a form of test carried out to the paternity of a child belonging to a particular family.

See some comments below…

“In 2002 my maternal grandmother once told my uncle that the child is not his and she’s not gonna welcome a bastard in her family after this African test. My uncle got very angry. They didn’t talk for a year until the lab DNA test confirmed what our granny was saying.”

“Wild. Apparently, If the baby is yours, the cow will not hurt the kids. If they kick and knock those babies with their heads, it means they are someone else’s kids,” 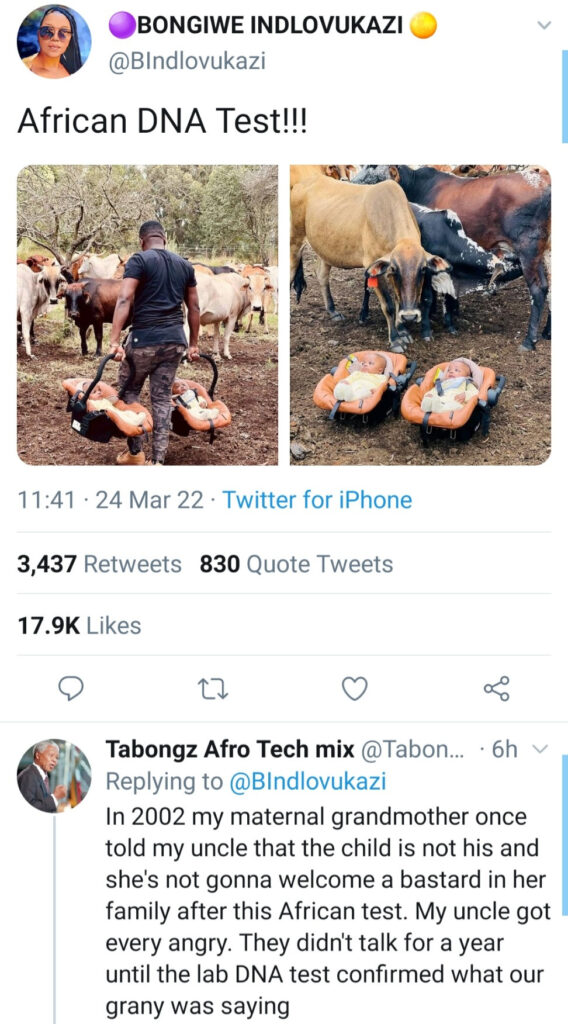 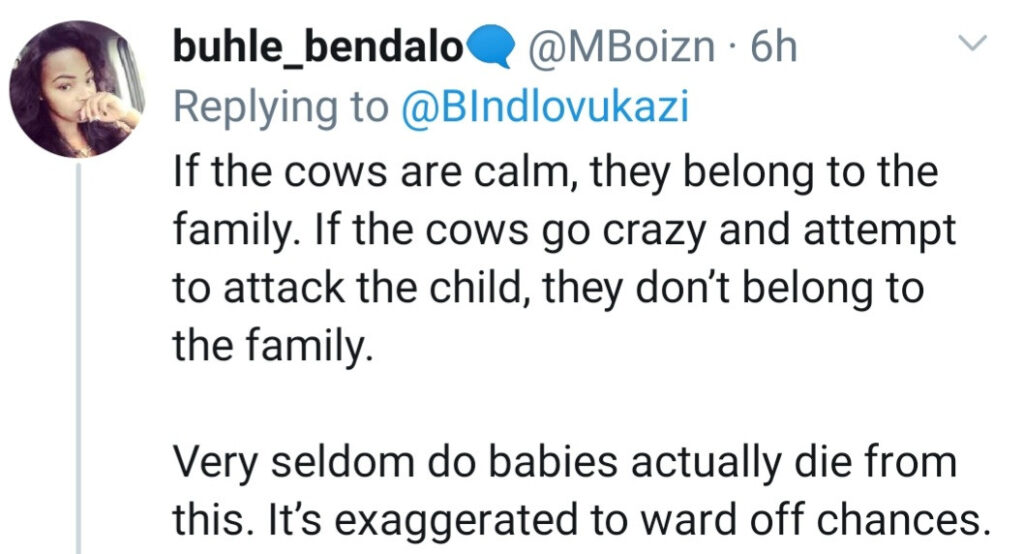 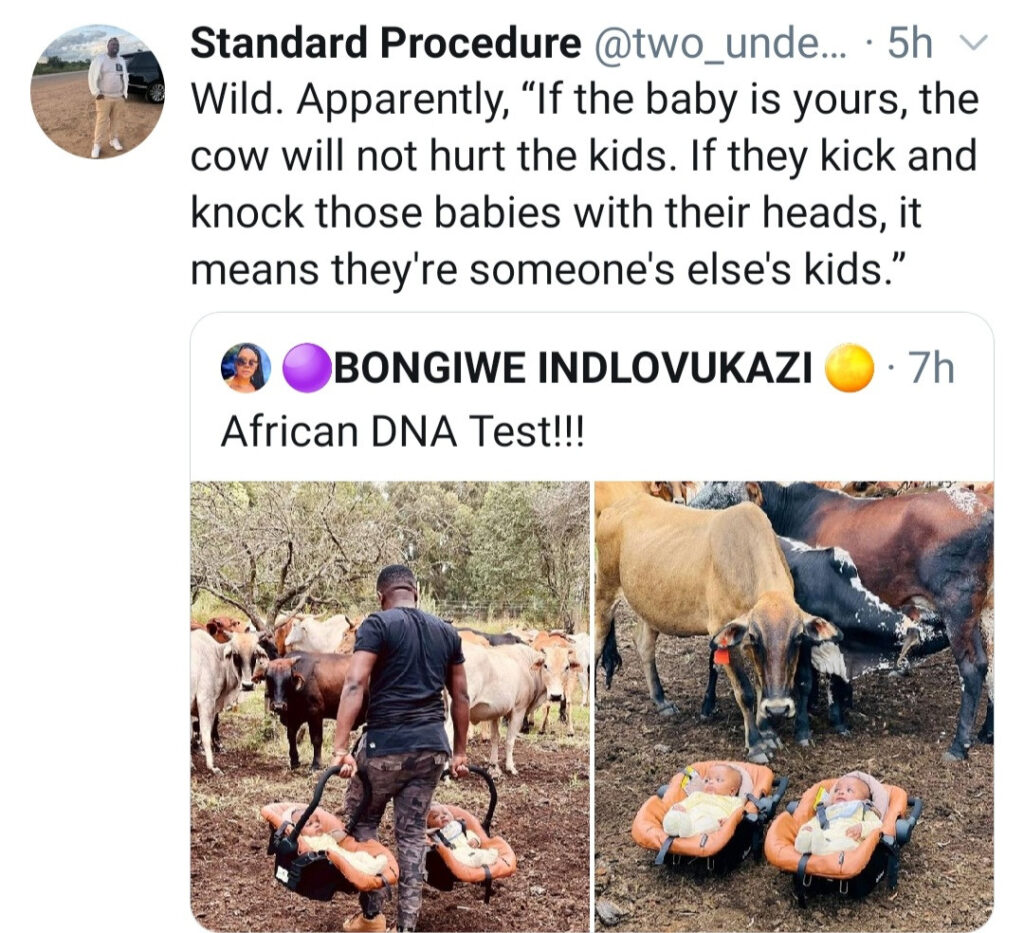 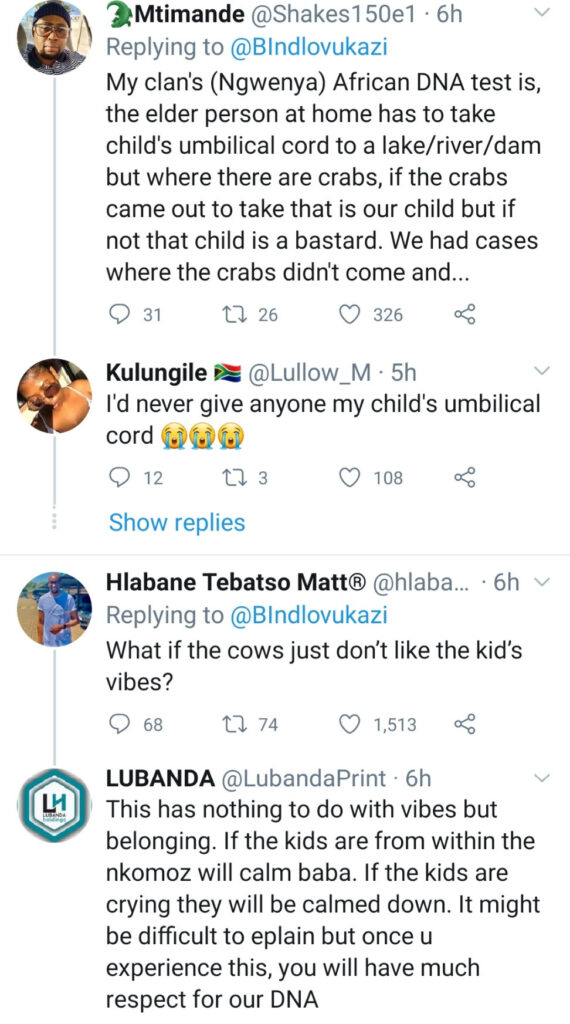