British-Nigerian singer, Deborah Oluwaseyi Joshua who is widely known in showbiz as Seyi Shay has shared an insight into pregnancy journey.

The musician publicly announced that she was pregnant a few weeks ago. The news took center stage as many people wondered who was responsible for the pregnancy.

Well, she had some interaction sessions with her fans and social media users and she gave what she has been going through during her pregnancy. During the interaction, a fan asked;

“What was your first trimester like? Heard it’s the most difficult.”

“For most people yes… I had heart burn and nausea every day… nausea was worse than actually throwing up in my opinion… I was very miserable. People didn’t know why at all. Lol Sorry friends!”

READ ALSO: ‘Don’t Broadcast Your Intentions’ – Reno Omokri To People Fond Of Publicising Things They Are About To Do

Another questions her fans asked was about her sleeping position as an expectant mother.

“How do you cope with sleeping position I’m really stressed sleeping.”

She replied with the words;

“Its really the worst part… I often sleep sitting up if all the pillows in my house don’t work. Lol.”

The 36-year-old Nigerian entertainment also spoke about her mood knowing she will soon meet her baby as her delivery time approaches.

According to her, she is very nervous and this came after she was asked by one of her fans about her mood during the session.

Seyi also revealed plans to reveal the gender of her unborn child. One of her fans also asked about the gender of the child and she indicated that she will be making it known during the baby shower.

Check out the interaction below; 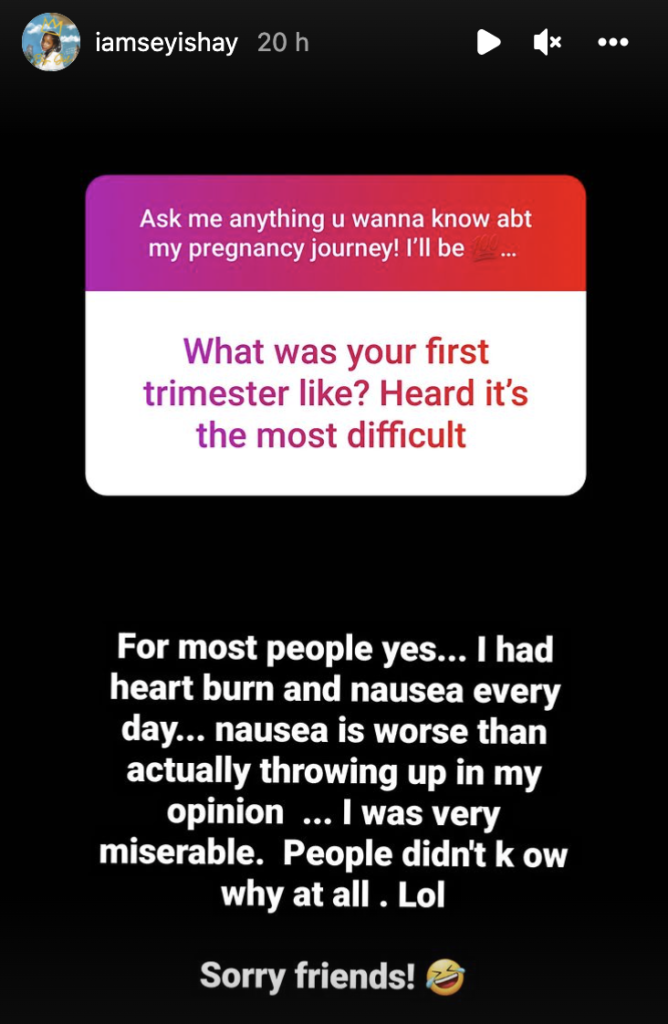 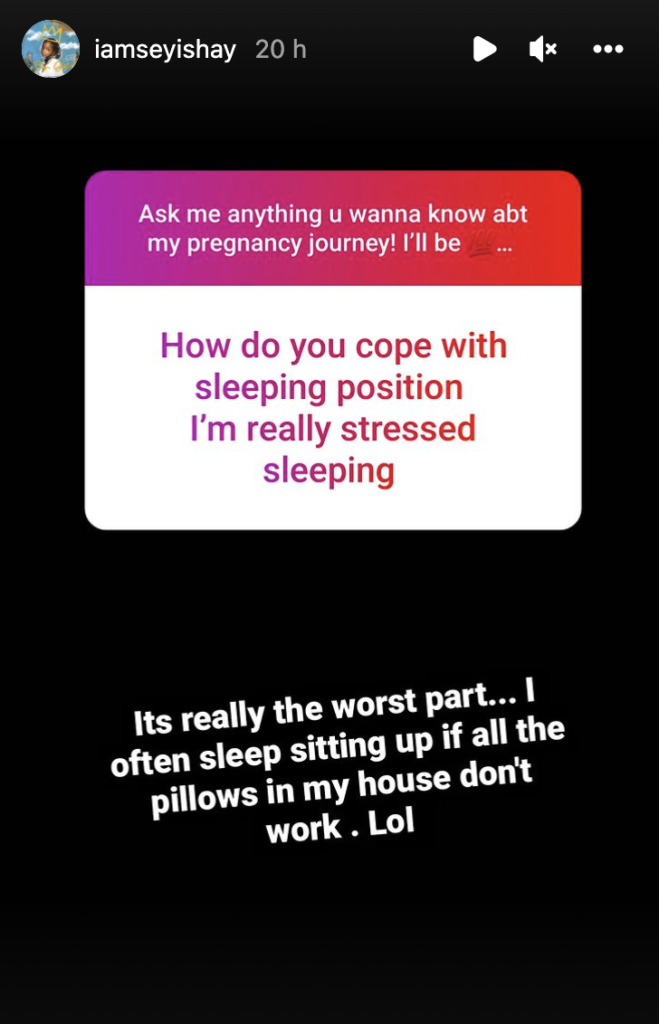 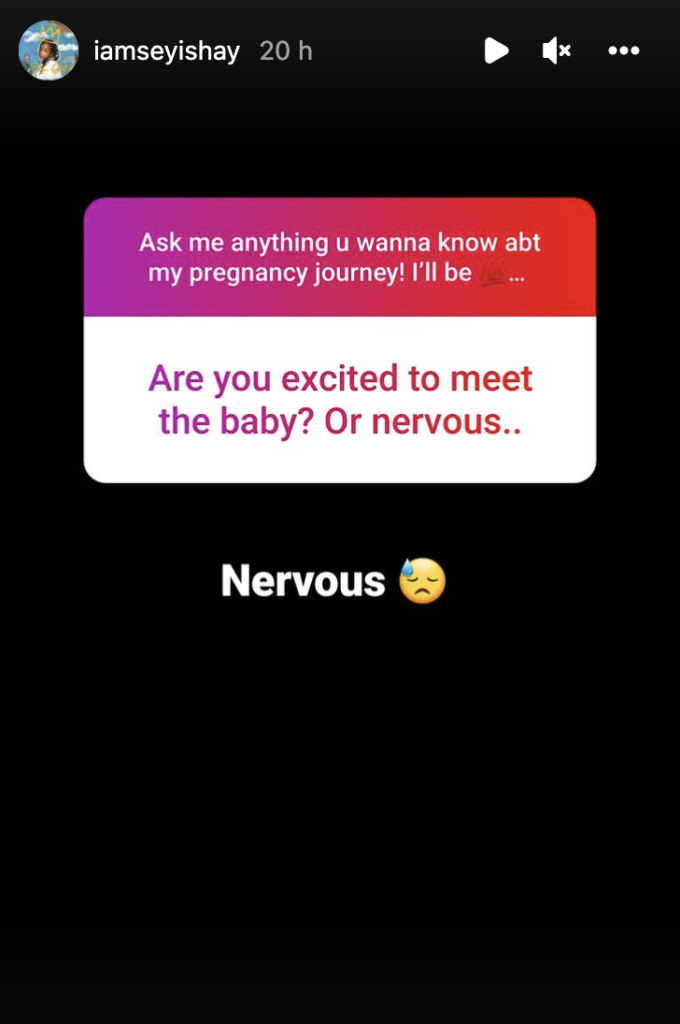 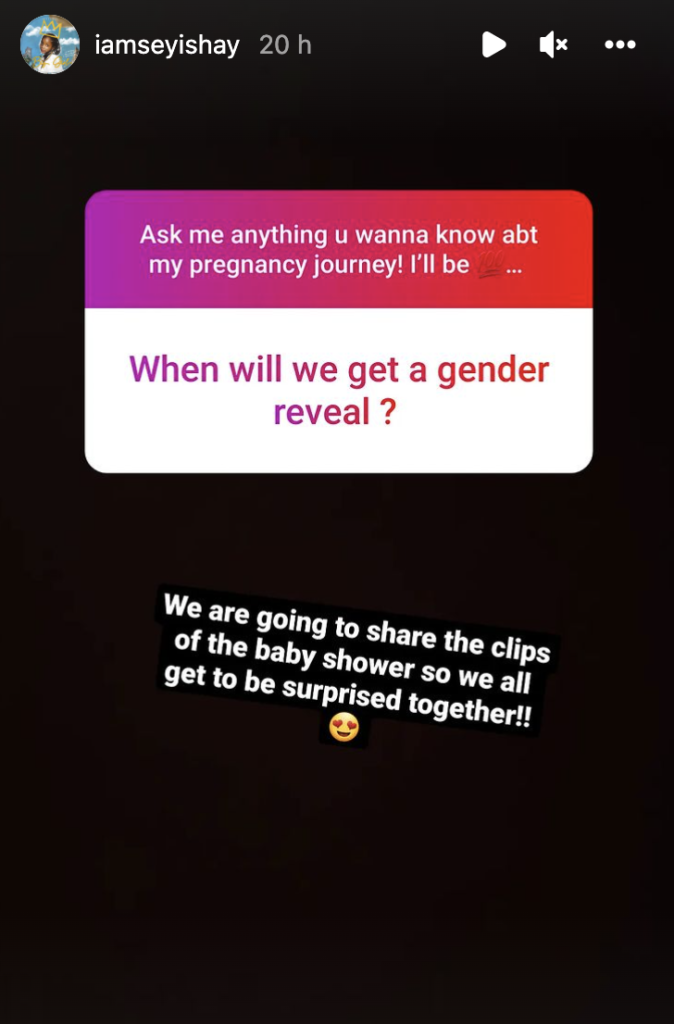