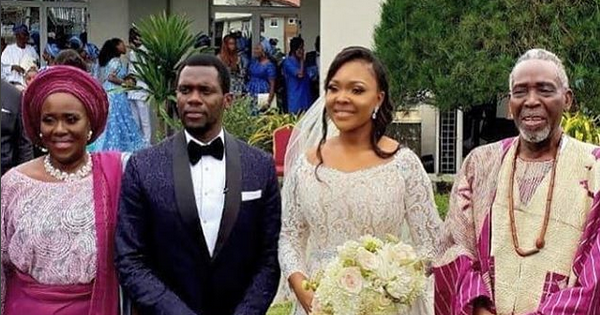 Annie Idibia’s Elder Brother Calls Her Out In Bitter Rant: “I Want Nigerians To Know Today That…”

After three years of marriage, Blessing Boma Douglas, who tied the knot with Nollywood power couple, Joke Silva and Olu Jacob’s son, Olusoji Jacobs has announced the crash of her marriage.

Boma and Olusoji got married in July 2018 and their union is blessed with a daughter. However, while answering questions from her Instagram followers, Boma revealed that she and Olusoji are no longer married.

When told that “what God cannot do does not exist” and her marriage could be restored, she replied the fan “there are some things that we don’t want God to do.”

When asked if interested men can approach, she gave the green light.

See the exchange below…

Boma asked: “It Has been a while o. Oya let’s gist. Questions?

The fan then asked: “Are you still married my bro who stays in the UK is madly in love with you.”

She replied: “No. He will have to Register for interview o.”

Another fan asked: “Can your marriage still be restored?”

Boma responded: “What God cannot do doesn’t exist. However, there are some things that we don’t want God to do. You get it? If not, forget about it.” 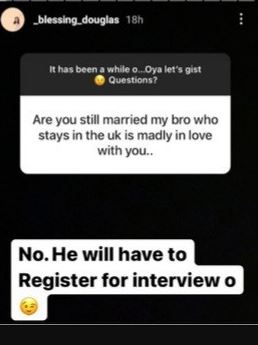 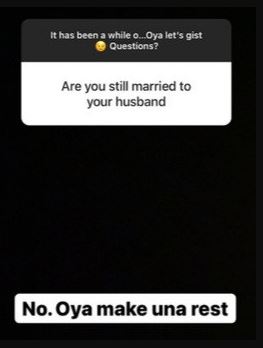 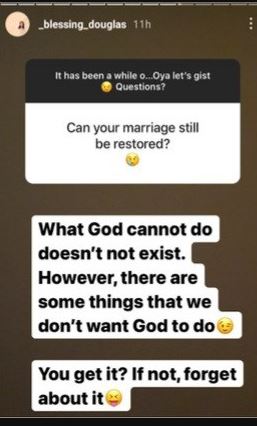 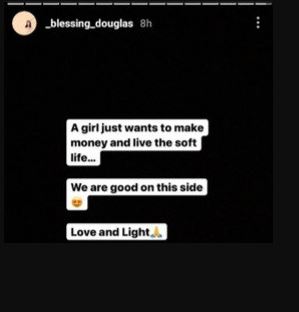