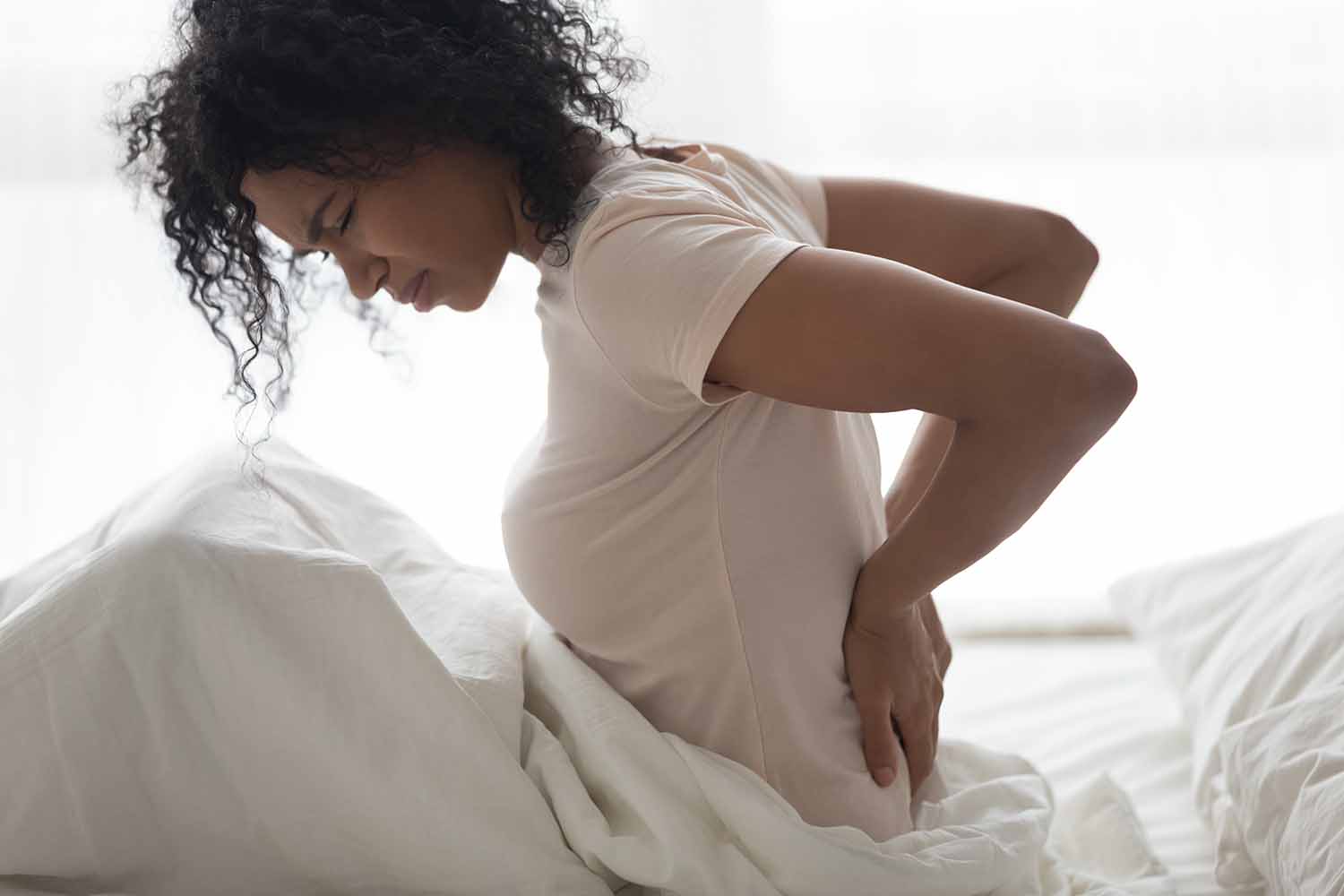 The cry of a newborn erases every pain a mother might have felt during childbirth, especially for those that went under the knife and had ceaseran section delivery.

As days become months, however, another type of debilitating pain resurfaces for some mothers – lower back pain. Some mothers dealing with this challenge lamented that the pain has affected their ability to function effectively months after delivery.

For Ugochukwu Okoye, a mother-of-three, dealing with lower back pain has been a major health challenge she has had to contend with for years.

The challenge, she said, has not been difficult, noting that she has had to endure the sharp, searing pains that began months after her delivery.

According to Ugochukwu, the lower back pain is not unconnected with her delivery through the ceaseran section.

The lower back pains, she said, affected her mobility, ability to function effectively, and ability to do other several things that include taking care of the newborn.

Ugochukwu like other women spoken to by PUNCH HealthWise recalled that they started experiencing the lower back pain after the CS, noting that they suspected that it could have been caused by the epidurals they were given to numb the body and ease the CS pain.

According to WebMD, an epidural is an injection that goes into a woman’s “epidural space,” which is right outside of the membrane that protects the spinal cord.

It explained that doctors use epidural injections to relieve pain during and after surgery, as well as manage chronic pain.

“This procedure isn’t right for every case. But if it’s an option, it requires a lower dose of medicine and as a result, has fewer side effects. Epidurals may even give you longer-lasting pain relief while helping you stay more alert and mobile,”

Speaking further, Ugochukwu, said lower back pain was alien to her until after the birth of her first child through C/S.

Sadly, she lost the baby after delivery, only for her to almost become demobilised by severe lower back pain a month later.

Okoye said she endured the pain, which only stopped after she got pregnant with her second child. She recalled that the same debilitating pain returned months after another delivery through C/S, adding that she also had the same experience after having her third child.

“I have never suffered any form of pain, especially in my lower back, until I had my first baby via C/S. Though I lost the child at birth but started having chronic back pain that ran between the waist to my spine, especially at the spot where I was given an epidural.

It continued for months until I took in for my second child. Two months after the surgery I started having the same severe lower back pain again.

The same experience repeated itself with my third child. All through the three experiences, I couldn’t sit for long. If I sat for 30 minutes to one hour, the pain would become so unbearable.”

Mrs. Ugochukwu said she complained to her doctor, a certified gynaecologist and obstetrician, and was told that the pain was a result of the epidural shot she was given before the C/S commenced.

She further stated that she had to consult a therapist, who recommended regular exercise for her. She said,

“After a while, I saw a therapist, who encouraged me to engage in aerobics, especially Yoga. That was what helped me to recover.”

SEE ALSO: New Study: This Drug Is Posited To Reduce The Need For Epidurals During Childbirth

I still suffer lower back pains eight months after childbirth

Another mother, Mrs. Yemisi disclosed that she started experiencing lower back pain eight months after having her baby via C/S.

She said the pain felt as though she was being pierced with a needle at the exact spot where had an epidural shot. She shared,

“I feel a sharp pain in the area where I was injected with the epidural. It is not mild; it feels like someone wants to inject you with something.”

Just like Okoye, Yemisi said she never had lower back pain until after her two children which she had through CS. She said,

“I started having back pain immediately when I left the theatre room. You know after giving birth through CS you are asked to lie down for six hours. I did all that but when I wanted to stand up that was when I started feeling the pains.

Speaking on why she didn’t consider it an issue to report to her gynaecologist, Yemisi said she felt it was a normal experience for women who gave birth through CS. She said,

“I didn’t meet the doctor because I feel almost every woman that passed through CS has that same complaint and also I feel it worsened because I am adamant to do certain things that the doctor advised me against doing.”

Lower back pain after birth through CS coincidental and unlikely

However, fertility and reproductive health experts have said it is quite unlikely for epidurals or CS to cause the lower back pain experienced by some women after childbirth.

Professor of Obstetrics and Gynaecology, Oluwarotimi Akinola and said that epidurals or CS do not have any effect on the woman’s back.

Akinola, who is a former president of Society of Gynaecology and Obstetrics of Nigeria, said while he doubts that epidurals can cause back pains after birth, there’s always the issue of local trauma which will subsequently heal, he said.

Dr. Akinde, who is also a former Chairman, Society of Gynaecology and Obstetrics of Nigeria, Lagos Chapter said it could be coincidental that women who gave birth through CS experience lower back pain after putting to bed.

The gynaecological experts also explained that not all women suffer from lower back pain after delivery while some women are prone to it.

Giving further insight into why some mothers suffer lower back pain, Akinde revealed that women who have more than one child are most likely to suffer from the pain irrespective of the mode of delivery.

“A woman who has one child is not likely to have this lower back pain but with repeated pregnancies, she’s probably going to have it.

As the woman’s abdomen is protruding forward, the bone at the back curves in so there’s kind of a relative displacement in the course of pregnancy, Akinde further explained.

Lower back pain after pregnancy reversible

Getting relief from the condition may not be difficult as the gynaecologists say that it can be reversed with exercises and correct posturing.

Akinola urged pregnant women to walk erect instead of pushing their chest out as it impacts their back.

He agreed that “back pain after pregnancy could happen but can be reversed with exercise but it is also safe to look out for the reason why it happened so one does not overlook some things.”

He advised women who may be experiencing such severe lower back pain to visit their neurosurgeon or an orthopaedic surgeon to rule out the possibility of a slipped disc or tuberculosis of the spin after which the medical expert “would then decide if what she needs is exercise so when you do those exercises more often than not everything gets back to normal.”

Akinde also added that to combat this pain, mothers should squat rather than bend, and sit erect while breastfeeding.