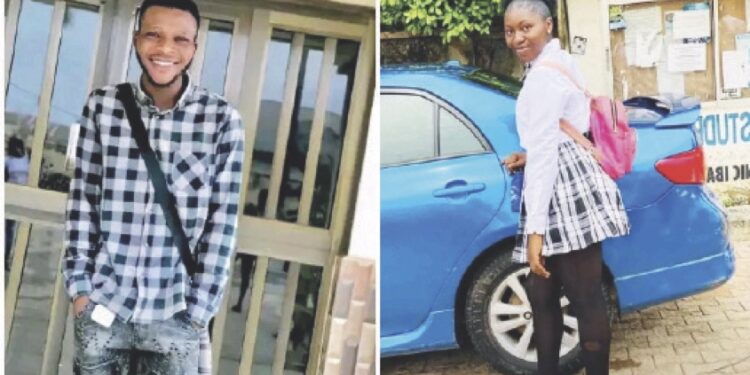 Pornography and cases of sexual immorality among school children are climbing to new levels. Every now and then, shocking acts of children, many of who are under 15, send the social media buzzing, and the society bewildered.

At the centre of emerging sexual scandals are toddlers, preteens often seen on social media channels engaging in amorous dances with the opposite partners, sometimes with adults cheering.

In other instances, the horror of teenagers engaging in group sex, whose videos they send viral, leaves everyone grimacing.

Now, lots of concerned Nigerians are wondering what is really going on, questioning at what point morality began to fall hopelessly flat.

However, the reasons things have gone South, given by some stakeholders and parents, compel attention. The one many already know is that indeed, moral values have broken down – almost irretrievably – in addition to parents’ failure to mind their kids.

Sadly, they say, social media and hand-held devices have made things worse.

Speaking, Hassan Taiwo, coordinator of, the Education Right Campaign, reflected on why the average Nigerian child is increasingly becoming a clear big worry. He said:

“My take reflects more on the societal crisis. I’m talking about the breakdown of the moral fibers of the society, leading to the indiscipline in the schools and society.

“Overall, Nigeria as a society is passing through political and economic crisis. Indeed, the problem has taken a moral dimension that affects the younger people much more severely.”

Taiwo believes the bigger problem “has created among the children, all manner of deviant behaviours.”

The behaviours, he insisted “reflect the fact that sexual education is not being seen in the Nigerian education system, and individual homes and families as an essential aspect of education that needs to be conducted in a safe and responsible manner to ensure that children understand what it entails, and the dangers therein.

Now, in many ways, the children are allowed to discover this all by themselves in a society where morals are broken down.”

Worry over rising immorality in society

While also expressing worry at the wave of immorality sweeping through the land, Sunday Okoye, co-founder, of Activate Teen Initiative (ATI), said:

“We are very worried about this brazen show of sexual immorality by our children. It is alarming. As an NGO that wants to change the narrative.

“We reason that for a fact, most parents now need parenting too to halt this trend because they missed their own parenting. Because one cannot give what they don’t have.”

Okoye is vehement that social media is increasingly becoming an albatross to society.

“Sadly, the advent of the social media has complicated things. Now, we are having what we call reversed socialisation – meaning that kids are now teaching their parents to use the social media.

You often see parents calling on their kids to ‘please help me out do this or that.’ Now, the kids are using those gadgets without their parents knowing what they are doing.”

Mrs. Livinia Ohanenye, proprietress, Bright Star College, Ojo, Lagos, attested that the trend is on already, lamenting that “the advent of cell phones has not helped. It has facilitated immorality among kids, although that is not to say it should be jettisoned.”

She recalled how her friend recently caught her son accessing pornographic sites on her phone. For her, the truth is that “today’s kids are more conversant with phones though we have them. They know where to go and what to do next.”

What parents are doing wrongly

Okoye said that most parents’ contributions to the plight of their children’s challenges are not intentional. According to him,

“Most parents are not presenting from the position of knowledge. They are not taking their parenting journey seriously, often forgetting that, that is the only lifetime venture they have as parents.”

He contended that “when we talk to parents in schools and churches, we are not being emotional or trying to blackmail them. We are actually giving them food for thought because if the family fails, the society too will fail.”

SEE ALSO: Pornography And Sexting: Teens Writes To Parents As They Share On The Things They Wish Their Parents Had Told Them Before They Entered The Online World

For those who don’t know it,  pornography is already ruining the kids and even their future. Quoting from Google, Okoye disclosed how long it took various industries to get to where they are.

“If you go deeper down to check the penetration of pornography into the society, you will see that a lot of damage has been done, and the promoters of this evil are actually targeting the children so as to destroy them.”

He advised parents to monitor their children, insisting that;

“Without adequate monitoring, children can easily be persuaded to watch pornography because sometimes, these things can pop out on their own, and children being natural philosophers, will want to view them.

They want to know more. Therefore, the use of cell phones by the kids should be curtailed. These days one sees kids, four or five-year old, using cell phones. When they cry, they are consoled with cell phones so that they play games.

When a kid is with a phone and pornography pops up, he wants to watch it. That is why we want parents to always talk to their children and discourage them from watching pornography. Parents need to continuously drum it into their children’s ears.”

Indeed, according to Mrs. Ohanenye, pornography has long been an albatross to school children, lamenting that often, “most parents will be at home while their kids are watching pornography, yet they might not know about it. When they see you coming they will switch to other things.”

Drawing from her experience, she said that she doesn’t allow the use of phones at her school.  She said:

“Yet, the stubborn ones  still bring phones along especially on party days. You see them in clusters at a corner watching stuffs immoral.”

Quality parenting is the answer

Those who want to keep pornography and immorality off their homes might as well listen to Okoye, who warned that “parents must ensure that they up their parenting skills.”

He advised them to read books and attend seminars to learn more about parenting. He added:

“The world has changed. We are now raising parents that want to know more about themselves, and their environment. Therefore, parents must focus on raising better children by being good parents themselves, and by making themselves true models to their own children.”

ALSO SEE: Willow Smith Admits Exposure To Pornography At Age 11 And The Specific Reason She Overcame It

Ohanenye’s lamentation, on the other hand, might as well be helpful.

“Parents these days sadly don’t have a hand in raising their children anymore. They throw the burden at the school. They leave home early, and return late. They don’t care about what their children are doing. Pursuit of money has taken the better part of everyone.

“Even at home, most of them don’t monitor what their children do or say, and the types of friends they keep.

“Parents are the problem we often have. If you punish their children for wrong doing, they come threatening. They will tell you they sent their kids to school to be educated and not to be punished, although it is not right to maim a kid.”

For every mother out there, her counsel is apt:

“Brace up. The type of kids we have these days are not the type we were in our days. The children of nowadays are going nuclear. Open your eyes.”

“As a parent, if your children have not told you, you are wicked, you have not started, and chances are that you are not raising them well.”

In the light of the foregoing, Taiwo called for “moral regeneration of the society.” Hear him:

“When you look at the break down of moral values in Nigeria – manifesting in corruption, brigandry, rape, crime, insecurity, sexual abuse, domestic abuse – they all reflect a society that is breaking apart.

“When you look at the use of social media and devices among the children these days, and the inability of parents to ensure responsible usage of such devices, they call for more responsible parenting.”

Adding a twist, he said:

“But this will be impossible without looking at some of the lack of attention in many families that are leading to bringing up of children. They make some of this crisis possible.

If you look at Lagos, for instance, you wonder how making a responsible parenting possible. Here both parents are working. They leave home at 6:00a.m, and return at 11:00p.m.

They don’t earn enough to be able to hire a responsible house help to ensure that while they are away, their children are put under strict regime of discipline in terms of the usage of the materials electronic devices.

You now see that while the blame goes to the parents, you also need to talk about the need to make responsible parenting possible by ensuring that the government makes life easier for everyone.”