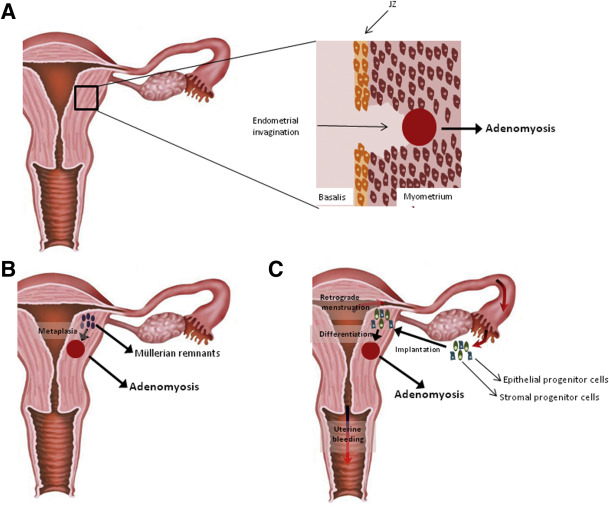 A professor of Fetomaternal health, Prof. Bako Babagana, has said that the removal of a woman’s womb is the only cure for adenomyosis.

Adenomyosis is a condition in which the inner lining of the uterus (the endometrium) breaks through the muscle wall of the uterus.

The condition often occurs late in the childbearing years and typically disappears after menopause. It may cause heavy or prolonged menstrual bleeding, severe cramping, pain during intercourse, or blood clots that pass during a period.

According to Babagana, hysterectomy, a surgical procedure to remove the womb (uterus) is the best treatment for adenomyosis because science is yet to come up with a cure for the condition.

The health expert urged women to pay attention to symptoms like pains during menses, lower abdominal pains, and excessive menstruation, noting that they could be signs of adenomyosis.

Other symptoms of the condition he said, are the inability to get pregnant and abdominal swelling.

The specialist said while the condition remains a puzzle for science and medicine, it has been established that it affects more women who have had repeated childbirths.

Recall that popular Nigerian actress, Nse Ikpe-Etim, had earlier stated that she couldn’t bear children following the removal of her womb (Read Here).

SEE ALSO: Star Actress, Nse Ikpe Etim Spills On Her Journey To Healing After Battling Adenomyosis & Getting a Hysterectomy

The screen diva had earlier revealed how she was unable to conceive following the removal of her womb due to adenomyosis.

Speaking on how her inability to conceive had made her feel in the recent interview, Nse Ikpe-Etim said she felt inadequate but not ashamed. In her words:

“I felt inadequate as a woman but I’m not ashamed. That’s the least that I would be because I can’t be ashamed. It was tied to how I was brought up. We don’t tie shame to ourselves. We live through life fully.”

According to Mayo Clinic – a medical center focused on integrated health care, education, and research, adenomyosis occurs when the tissue that normally lines the uterus grows into the muscular wall of the uterus.

The displaced tissue,  Mayo Clinic explained, continues to act normally — thickening, breaking down, and bleeding — during each menstrual cycle.

Speaking further with PUNCH HealthWise, Babagana said undergoing a hysterectomy to remove the womb is the only cure for the condition, noting that using drugs for treatment is of little benefit. He added:

“The response of women that have adenomyosis to drugs is not as good as that of fibroid but you can still use those drugs to suppress its occurrence but the response is not that very good.”

Babagana further explained that adenomyosis is the exact opposite of fibroid in presentation. He said:

“The characteristics are the exact opposite of fibroid. For example, when a fibroid grows bigger causing the woman to have a large womb with swelling that you may need to remove, the adenomyosis will make the womb to be big without a specific site that contains something like a big fibroid.

ALSO SEE: Celebrity Mom, Amy Schumer Alerts Other Women As She Gets Her Uterus And Appendix Removed

According to My Cleveland Clinic, a non-profit academic medical centre, there are between 20 to 65 per cent of women who have adenomyosis, noting that some of those affected may not even be aware they have the condition.