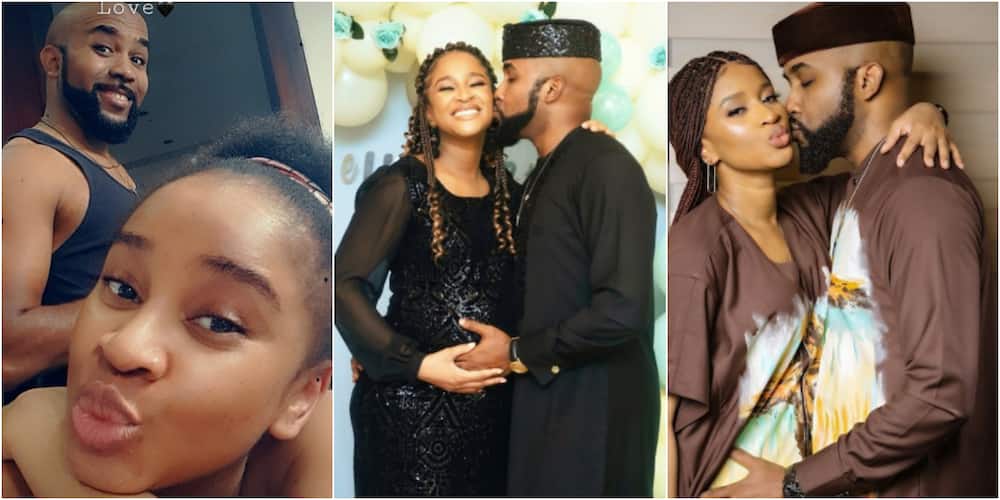 Speaking in a recent interview with media personality, Chude Jideonwo, the super dad-of-one recounted how they were struggling to have a child at the same time he was vying for a political position in 2019, and lost twin children in the process.

According to the 41-year-old entertainer, his wife’s body went through so much pain and trauma at the time and he fell into depression as a result.

“2019 was a seminar moment in my life because that was the year we were running for office and at the same time my wife and I were struggling at that point to have a child and then we lost twins and we saw our her body go through so much pains.”

Speaking about his wife’s fortitude and support in the face of adversity, Banky who welcomed his first child in February 2021, showered praises on Adesua saying that he married the most amazing woman.

“God bless my wife, I married the most amazing woman. I always told God I never wanted to marry an entertainer. She also told God specifically that she didn’t want to marry a musician, pastor or a politician,” he affirmed.

On his political ambition, Banky W said if he doesn’t win the house of rep seat in the forthcoming 2023 elections, he will continue doing community service.

Last year, Adesua while telling their story of their triumph, said when they got married in 2017, they wanted to quickly have their kids. However, that didn’t happen as the babies weren’t forthcoming.

She added that in the first year of their marriage, it was a monthly cycle of disappointment as she expected to miss her period and get pregnant. She also mentioned that they tried IVF after a year and were pregnant with twins. Sadly, they lost their unborn babies

However, she later got pregnant with their son after two and a half years of trying.