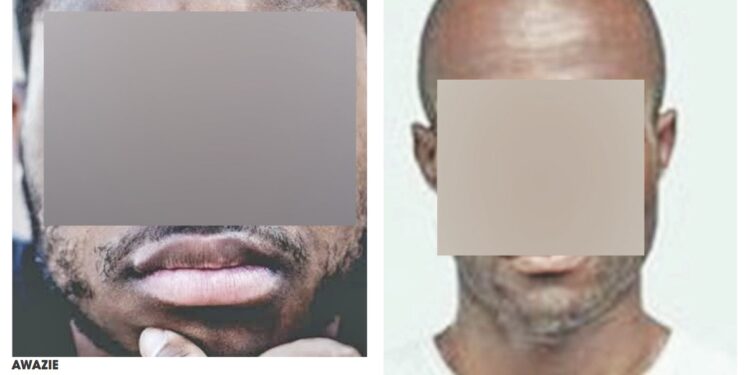 Some Nigerian men who suffered sexual abuse as kids share their painful experiences and how those incidents changed their lives.

25-year-old Peter Obaro was sexually abused in his home when he was 12. Obaro recalled it happened so fast that he didn’t understand what was happening until much later.

He stated that even though his young mind couldn’t immediately process how a lady who was a neighbour sexually molested him, he feels so powerless whenever he remembered what happened. Obaro recalled:

“This lady was in her twenties. She was a loving, kind and generous person that we all respected. She was always giving me money after I ran errands for her and I didn’t understand why until she took advantage of me afterwards.”

Even though Obaro remembers some of the assault, he revealed that he has blocked out the rest and is hazy about what happened immediately afterwards.

The graduate of Economics from the University of Lagos said that if more men open up about the sexual abuse they suffered at the hands of older women, many people will know how serious the issue is and stop making fun of such men. He shared further:

“I remember the young lady urging me to touch her breasts and private part. I thought I was supposed to do that because she had been nice to me. She was moaning and was quite satisfied afterwards. She told me not to tell anyone because it was our little secret.”

The young man told DailySun that he told nobody about it, not even his older sister whom he was close to because he wanted to forget about it. He added that he doesn’t remember having any reactions to the incident. He added:

“I think I was trying desperately not to perceive the abuse and trying to forget about it. I think my reaction was to try to say to myself that it was only a little thing and that it had no impact on my life. I think I was mightily ashamed of it, although I can only barely touch that shame today.”

At over 30 years, Lucky Eghosa is struggling to have a normal relationship with women his age because of the sexual abuse he suffered as a teenager. Eghosa revealed that he was sexually assaulted by a teacher in his school.

He disclosed that the assault began when he was about eleven and continued for over a year and that the perpetrator was his class teacher. He said:

“She was very harsh with me back then because I was slow academically compared to my mates. She used the opportunity to tell my parents that I needed to stay back in school for extra lessons. And because she was a good family friend and a popular religious and strict woman, my parents agreed.”

Recalling his experience, Eghosa said one day after school, his teacher commanded him to undress under the guise of punishing him because he failed to get the correct answers to the mathematics questions she gave him to solve.

He added that she then grabbed his manhood and started stroking it while telling him that she was teaching him how to become a man. Afterwards, she urged him to perform oral sex on her and warned him not to tell his parents or anyone about what happened.

As the abuse continued for months, Eghosa said he found it impossible to tell his parents because they were having difficulties in their relationship at that time. He said he was worried about what would happen to his family if he disclosed what his teacher was doing to him after school.

SEE ALSO: Football Legend, Patrice Evra Tells The Harrowing Sexual Abuse He Suffered As A Child From His Teacher And How It Still Haunts Him

“Unaware of what was happening, my parents always urged me not to miss after school lessons with my teacher who was also a revered member of our church and a choir mistress. At that time, I knew what she was doing to me was wrong and I felt very angry with my parents for not seeing that I didn’t want to attend after school lessons with my teacher.”

Eghosa who is now 33-year-old said he’s struggling to maintain a good relationship with women, adding that he made the mistake of telling his first girlfriend about being a victim of sexual abuse and she started laughing at him. According to him, his girlfriend said he enjoyed it and that’s why he didn’t tell his parents or family members what his teacher did to him.

“I can’t forget how worthless my ex-girlfriend made me feel after I opened up about my experience to her. I wanted to be honest with her but she mocked me instead. This has further strengthened my resolve not to look weak or helpless before any woman again.”

“I have been going for counselling and I hope to overcome the effects of what happened to me and stop blaming myself for it.”

Obinna Awazie recalled that as a child, he was friendly, outgoing, outspoken and free-spirited but after he was sexually abused by his elder brother’s girlfriend when he was 14, his life took a downward spiral. He narrated:

“I became rebellious and was doing badly at school. I was angry with myself for what happened to me and angry with my brother for bringing home the woman who messed up my life.”

Detailing how the abuse happened, Awazie stated that he came back home from school one hot afternoon and met his elder brother’s girlfriend at home alone. He said it wasn’t unusual that his brother would leave her alone in their home because his parents welcomed her and she was like a member of their family.

Awazie said that he greeted her and dashed inside the room he shared with his elder brother, undressed and went straight to the bathroom to wash off all the dust and dirt on his body. He said that he didn’t think anything was amiss until he finished taking his bath and went back into the bedroom to dry his body.

“As I was drying my body, someone knocked on the door and when I told the person to come in, I was surprised to see my brother’s girlfriend walk into our room in her bra and pant. When I asked her if something was wrong, she told me that she was attracted to me.

Before I knew what was happening, she grabbed me and threw me on the bed and forced her breasts into my mouth. She started fondling my manhood and when I resisted, she told me to be calm otherwise, she would scream and tell everybody that I tried to rape her.”

ALSO SEE: Celebrity Dad, Dotun Kayode Questions Who Is In Charge When Parents Go To Work As He Narrates His Vivid Childhood Sexual Abuse

The graduate of English Language from the University of Nigeria, Nsukka said that after his abuser had her way with him, she begged him to forgive her claiming that she didn’t know what came over her. He said even though the sexual abuse happened only once, it changed him as he became withdrawn, moody and sad all the time.

Mr Solomon Ikeobi narrated how their maid molested him sexually when he was a child. He stated that the sexual exploitation started when he was ten. He said that his parents were not always home so he spent a lot of time with their maid and his younger sister who was seven years old when his abuse started.

“It started one Sunday morning when my parents took only my sister to church because I wasn’t feeling well. They left the maid with instructions on how to give me my medicine and also told her to cook before they came back from church.

“After my parents left for church, the maid told me that she wanted to bathe me because I was having high fever.  While bathing me, she touched my manhood and I felt a funny sensation for the first time. She kissed me. She then moved my hands to her chest and that was how it started. Afterwards, it almost became a daily thing.”

Now a father of two, Ikeobi added that after being sexually molested by the maid for a while, he started enjoying what they were doing. The maid became sexually appealing to him and he enjoyed being with her so much that when she left their home, he became sad and moody for a long time. He said:

“I didn’t know that what the maid did to me was wrong until I opened up to one of my friends months after she left our house. He advised me that I should keep what happened to myself and not tell my parents otherwise, they would punish me for being a bad boy. I felt sad and struggled to forget that someone took advantage of me.”

Ikeobi revealed that he watches over his children like a hawk. He taught his son and daughter to report to him and his wife if anyone, irrespective of their sex touches their private parts. He added that for years, he couldn’t get over the trauma of the abuse until he met his wife.

“I narrated to her what happened to me when I was a boy and she listened. She didn’t judge me, she didn’t laugh at me. She helped me overcome my trauma and today, we are happy.”

A welder, Adeyinka Omolehin narrated how his female cousin living with them sexually assaulted him for years and his parents didn’t find out. According to Omolehin who is the only son of his parents, his cousin started molesting him when he was 10.

“She would undress me and touch me. She would make me perform sex acts on her and then reward me with sweets and a larger portion of food afterwards. At a point, I wanted to tell my mother what was going on but my cousin said that nobody would believe me and that my mother will punish me for saying anything against her.”

Now in his 30s, Omolehin said that he can’t get past how being a victim of sexual abuse affected his life negatively.

He stated that anytime he remembers what happened to him, he gets angry and the fact that this cousin didn’t apologise for what she did to him fuels his anger even more.