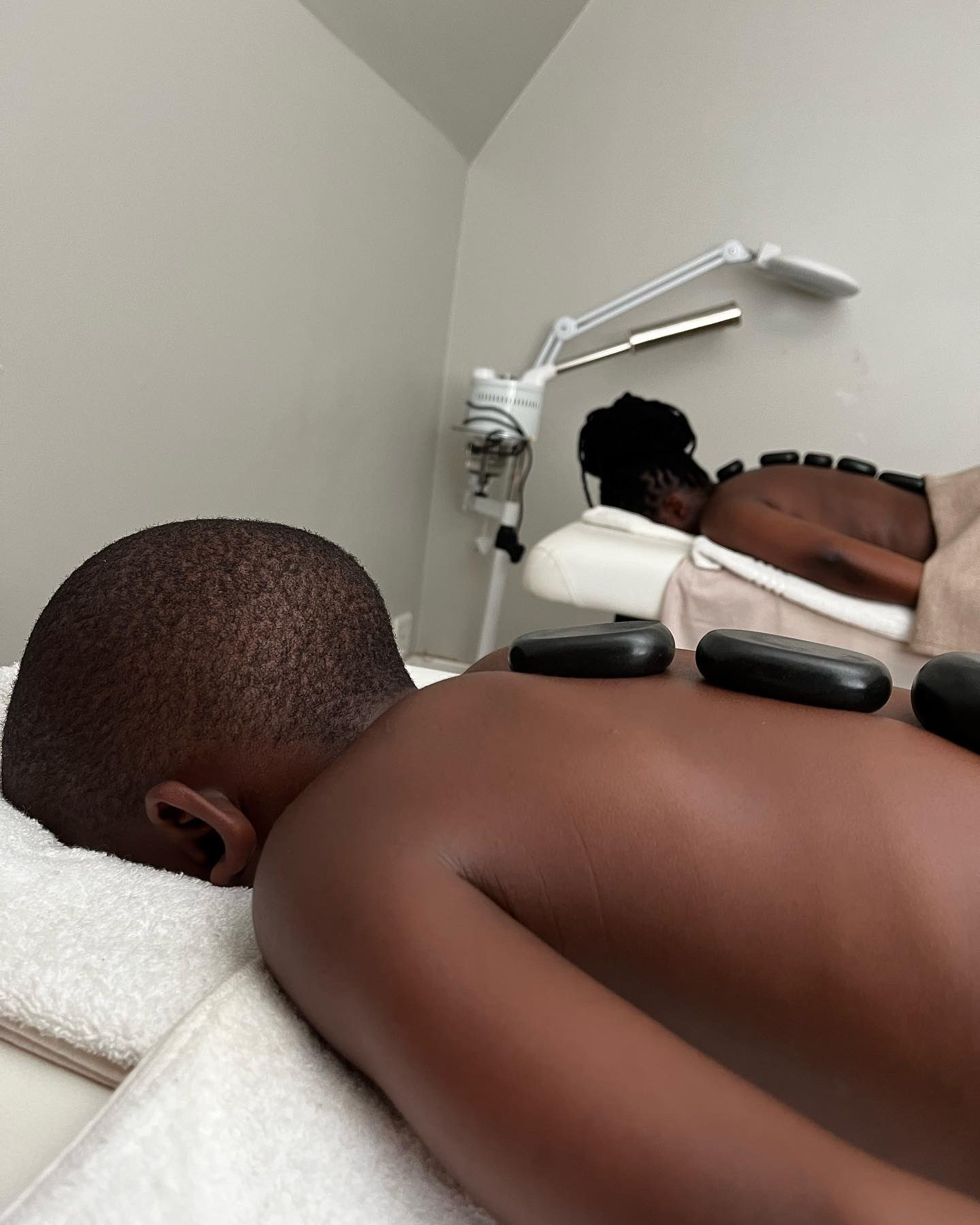 A debate ensued under the comment section of a mother’s tweet after she shared photos of herself and her 5-year-old on a spa date.

The young mother with the handle @Cecez_Daughter said she felt like the best mom in the world after she took her son to the spa.

”Guys please gather here, I took my 5 year old to a mini spa day today, we did a foot therapy and hot stone massage, my nigga is over the moon and can’t wait for us to do it again. I feel like the best mom to ever mom pls.”

While some Twitter users praised her for pampering her son and showing him the ”soft life”, others, especially men, condemned her action.

According to them, he should be playing football and not going to the spa which they see as a ”women’s thing”

See the comments below…

5 year old for a spa? Shouldn’t he be riding his bike and bouncing a ball??

It’s crazy how many men in here are saying they would never let their sons do this. Weren’t y’all just crying how men don’t get flowers and how men can’t be loved unconditionally like an hour ago??? Pick a struggle.

You will not understand. Any man knows the repercussions of such unnecessary privileges and lack of boundaries between a boy child and his mom.

You know I really would love to know the repercussions. Enlighten us who love to spoil our kids and give them the soft life we didn’t have and make them have a balanced mental health. Enlighten us on how it’s bad… We are waiting and bring proofs.

Simps will see no wrong in this. Men, dont ever allow women to tell you how boys and men should behave, women are too emotional, women have no idea and will never have any idea of what it means to be a boy and be a man.

Men, train your sons with masculine routines, play football, paint, build something, clean their rooms, ride bicycle, and most especially teach them not to simp for girls and women, and not to put women on a pedestal, bang this one into their heads often until they get this gist, we need boys to taught these things, boys must be taught to be strong, confident, serious, dream big, disciplined, and not to ever simp for women. Taking a boy to a spa…absolute nonsense. Men, we must teach boys the ways of men.

All shades of ignorance. I am a full believer of culture being dynamic. The problem with most commentators on this tweet s society, culture, believes. Society have conditioned how we think, how we see boy and girl child, we put boys in this cage and dictate how their life should be, we somehow stifle the humanity of boys.

Most fights I have seen were caused by not just the provocation alone but also from the intense desire to prove a point about masculinity. Boys have been told not to show emotions. So when a man cries, he is described as “weak” or they call him “woman” or some people will ask these silly question of “Are you not a man”?.my father in his 60s still cry, does that make him less a man?

A girl is allowed to spend 3hours in bathroom taking baths but not for men. Boys deserve clean toilets too, and clean sheets, and do not need to wear the same underwear for days.

Men spend so much buying creams but most men have not realized that they too need a little cream, a thick amount of sunscreen for themselves. I commend this woman for pampering her son and if you think that the boy will grow up to be “soft” or “simp”,well you don’t need anything to prove your manliness, you only need a dick to prove it.

Send that boy to a football academy where he can be playing soccer with his age mate doing some incredible stuffs on the pitch, not some stone crap shit. He is too young for this honestly, get the young king a pair of real Madrid jersey and a Nike boots. 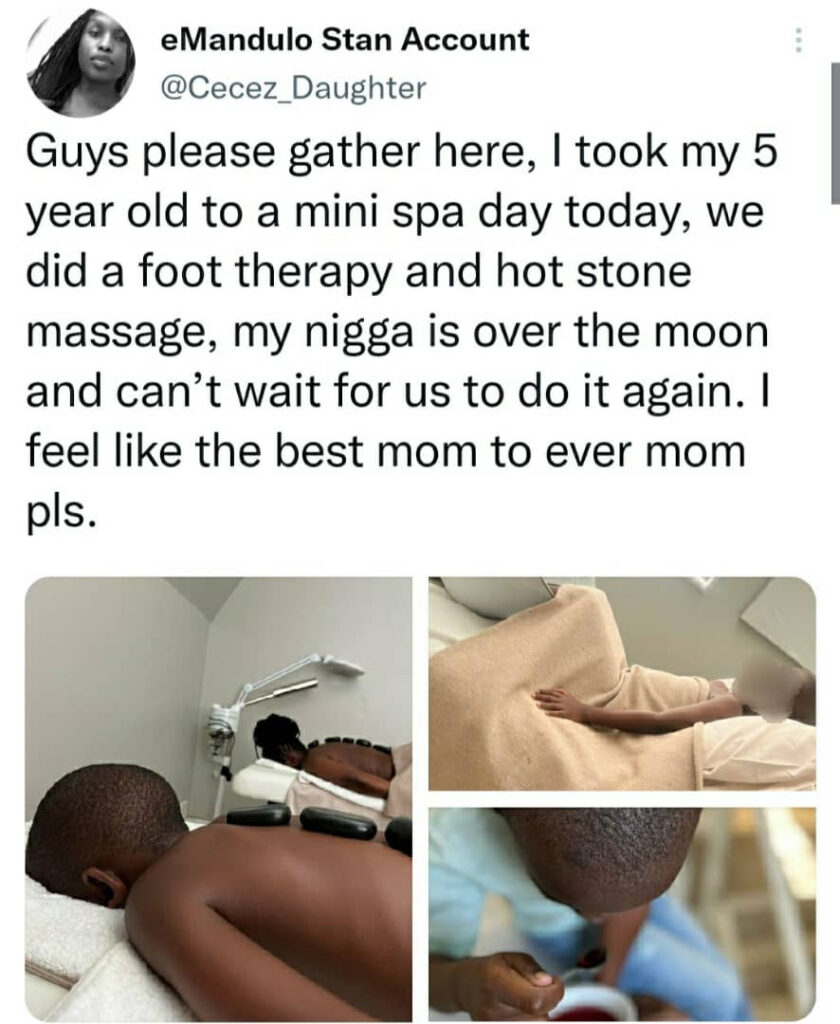