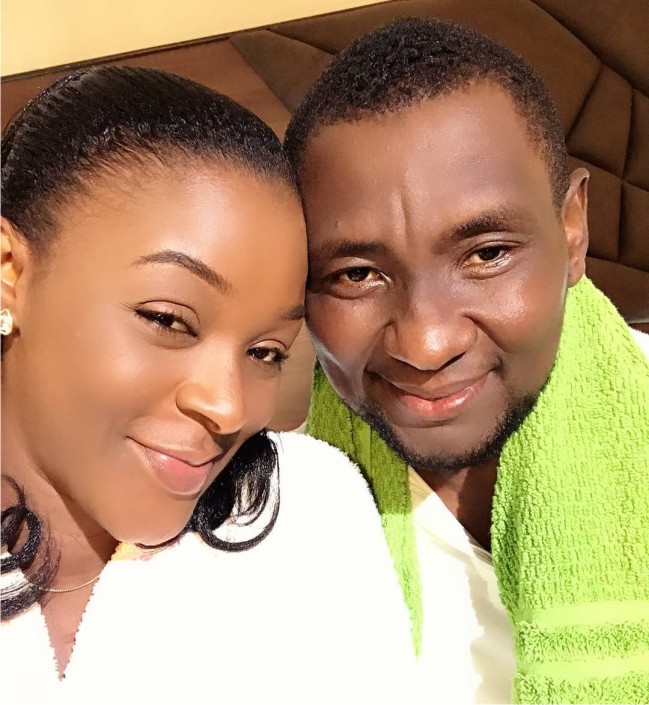 Nollywood actress, Chacha Eke‘s husband and movie producer, Austin Faani, has finally broken his silence over the collapse of their 9 years marriage.

Austin also clarified some allegations levelled against him.

ChaCha on Monday night announced the end of her marriage to Austin. The actress hinted that the reasons for the split bordered on physical abuse. She said it is better if she leaves while still alive or risks leaving as a corpse.

The mother-of-four further revealed that she had been enduring and living a lie in her marriage for years and apologised for deceiving the public.

The 34-year-old screen diva added that she doesn’t want to die or go missing while revealing that she has released pieces of evidence to her lawyers and the police in case things go awry.

To prove she was serious this time, she unfollowed her husband on Instagram and deleted his photos and theirs on her social media accounts.

Responding, Mr Faani, who wedded the actress in June 2013 in Asaba, Delta State, denied his wife’s domestic allegations levelled against him and absolved himself of any blame.

Austin, on his Instagram page, revealed that he’s not an abusive person and has never raised his hand on any woman, including his wife.

“I am not a violent person. Personally, I detest violence in any form. I have never raised my hand on any woman in my life, including my wife.”

Austin further disclosed that the truth about his marriage would be out in due time. He continues:

“Everyone close to this case knows the absolute truth; it is not my place to divulge it. The one person who started the talk will, in due time, continue to talk. Let light lead.”

Two years ago, his actress wife announced the end of their marriage, alleging domestic violence and a threat to life.

However, she made a U-turn days later, debunking the report, saying she was diagnosed with bipolar disorder.

A year after, they welcomed their fourth child, a daughter. 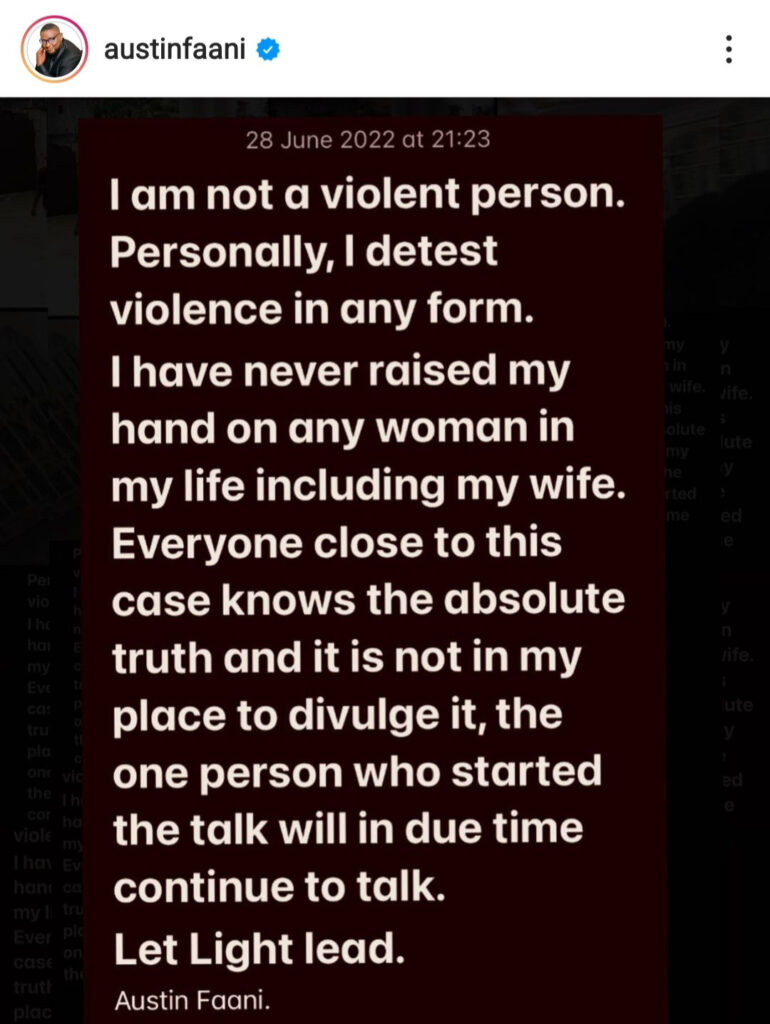