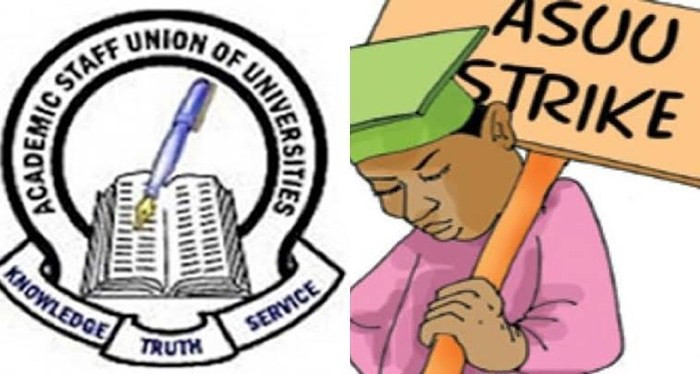 The Academic Staff Union of Universities, ASUU, has given assurances that the ongoing strike action is likely to end soon.

ASUU on February 14 embarked on a strike to press home its demand, including the government’s investment in the nation’s university infrastructure, and payment of members’ salaries through the recommended University Transparency and Accountability Solution (UTAS), among several others.

Osodeke claimed an agreement had been reached with the government, but it has not been signed.

According to him, ASUU’s insistence on using their own generated payment platform, University Transparency Accountability Solution (UTAS), is a key demand.

“As far as ASUU is concerned, the strike can end tomorrow. We have finished the negotiation. If the government calls us now to come and sign the agreement, we will be there tomorrow.

“Let the government tell us they have finished testing the UTAS and we have accepted it, then we will call off the strike.

“When will they sign the agreement? When will they accept UTAS? Those are the two questions we should ask the Nigerian government,”

READ ALSO: ‘ASUU Issue Is Not As Simple As It Seems’ -Minister Of Information And Culture, Lai Mohammed | Details

The ASUU leader also accused the Federal Government of not taking the aggrieved lecturers serious, the reason he explained was responsible for the prolonged industrial action.

He also said that the government has failed to pay the striking lecturers their salaries for the past five months, noting that the tool used as a blackmail to punish the university workers will not work.

On Monday, the ASUU strike action entered its 140th day with the union and Federal Government failing to reach an agreement for the overall good of the Nigerian students.

ASUU has been at loggerheads with the federal government, citing the refusal of the latter to honour the 2009 agreement it entered with the Union.