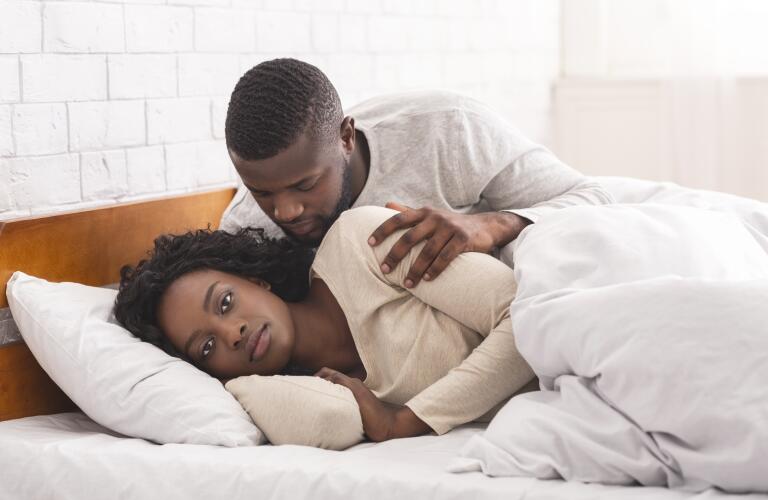 Dr. Gabriel Ogah, a urologist, has urged men battling low sex drive to seek help from experts to know the cause of the condition, noting that reduced desire for sex is often treatable once the cause is established.

The health expert explained that the most common reason men experience low sex drive is often due to a decrease in the function of the male hormone called testosterone.

Dr. Ogah said when the level of this hormone decreases, a man will have a very poor and reduced desire for sex.

Testosterone level, he said, is vital to normal male sexual development and functions, and is made in the testicles.

According to an online health portal, Healthline, testosterone is an important male hormone. It said:

“In men, it’s mostly produced in the testicles. It is responsible for building muscles and bone mass, and for stimulating sperm production. Your testosterone levels also factor into your sex drive.

“When your testosterone levels decrease, your desire for sex also decreases. Decreasing testosterone is a normal part of aging. However, a drastic drop in testosterone can lead to decreased libido.

“Talk to your doctor if you think this might be an issue for you. You may be able to take supplements or gels to increase your testosterone levels.”

Speaking further with PUNCH HealthWise, the Consultant Urologist at Ogah Hospital and Urology Centre, Fugar, Edo State, stated that several other factors can contribute to a man’s loss of interest in sex.

“There are many reasons why men may have a low sex drive. One of such is alcoholism. If a man drinks a lot of alcohol they may experience this.

Men with heart problems could also suffer low sex drive. You know sex involves a lot of activity. If a man has heart problems, he will be panting and would not have enough energy to engage in adequate sexual activities. Such a man may not be interested in sex.”

SEE ALSO: Are You No Longer Sexually Attracted To Your Partner? Here’s Experts’ Tips On What To Do

The urologist also explained that some mental health conditions such as depression can also play a role in a man not being interested in sex. He said:

“Also if a person is depressed, he could lose interest in sex. There are many reasons for depression in Nigeria today, insecurity and economic downturn are causing a lot of depression and people who are afraid for their lives, people who do not have food to eat or don’t have a job, and people who live in poverty which they feel they don’t deserve cannot be interested in sex and will have a low sex drive.”

The consultant urologist noted that some of the drugs given to patients to cure depression can also reduce their sex drive.

He urged Nigerian men experiencing this condition to visit a physician for a proper examination, noting that it is a health condition that can be treated.

ALSO SEE: Medical Experts List Some Common Barriers To Bustling Low Libido In Marriage And How Couples Can Tackle It

“My advice to men with low sex drive is to seek medical help. Firstly, go and see a doctor who will adequately examine you and determine what the likely cause for the low sex drive is. After that, the condition could be properly treated.

If it is diabetes mellitus or arthritis, it could be treated and if the person is moderately obese, he will be advised to reduce weight and will see improvement.

Also, If it is due to low testosterone the doctors will now know how to treat it, depression can also be treated.”

Commenting on if there are natural methods to treat low sex drive in men, Ogah said,

“There are natural products people can take to increase their sex drive, noting that nutritionists can advise those with the condition on what could help them.”

He, however, urged patients with the condition to see a physician if a change in their diet did not bring the change they expect.