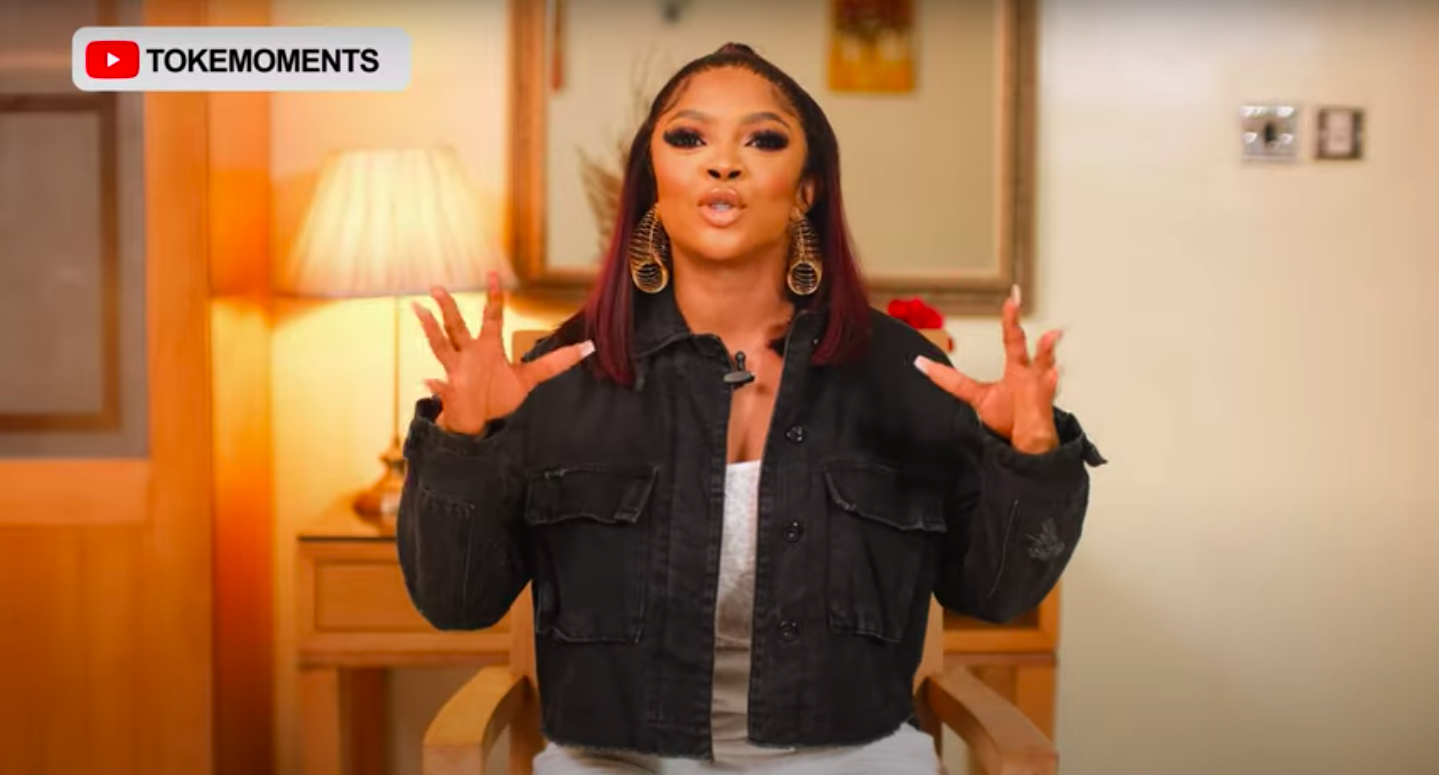 Popular media personality, Toke Makinwa is back with another episode of “Toke Moments.”

In a YouTube video on her weekly vlog, the TV girl recalled judging her aunts still living with them in their 30s’. She captioned the video;

“Today the vlog took me down memory lane with those things I used to judge at some point in my life, the things I swore would never happen to me and childish lists I made thinking life will automatically work out how I wrote it down.

Ever heard the term “we make plans and God laughs”, today let’s sit back and have a laugh at the things you once judged but are comfortably doing now.”

In the video, the ‘on becoming’ author spoke about watching her aunts live with her family when she was a child and how she often questioned why they were single and not in their husbands’ houses at that age.

According to Toke, as a young child she believed her aunties were unmarried at 30 and living with them because they were promiscuous.

37-years-old Toke who got divorced from her husband, Maje Ayida some years back, says she feels she has now become those aunties as she is also in her late thirties and unmarried.

Speaking further, she wondered if her nephews and nieces look at her and think the same way she thought while growing up.

SEE ALSO: Toke Makinwa Shares On Dashed Hopes & Her Disappointment At Turning 36 Without A Child Of Her Own

She also spoke about how the standards and qualities that were once valued in men, such as being God-fearing, tall, and attractive have all been compromised.

“I remember when I was younger, I’ll see all those my aunties. Shout out to all my aunties! They were like in their 30’s then and some of them lived in our house before they got married.

I remember seeing them at 35, 30…actually 30. 35 ke?! That’s grandma!! 30, I’ll be looking at them like this and be thinking, ‘this woman must have been promiscuous when she was young. That’s why she’s 30 and still in our house; and hasn’t gone to her husband’s house.”

ALSO READ: OAP, Toke Makinwa Encourages Other Women On How To Pull Through A Difficult Divorce

Toke’s marriage to her estranged husband was dissolved by an Igbosere High Court in 2017. She had filed for divorce on March 9, 2016 on the grounds that Maje committed adultery.

Justice Morenike Obadina, while delivering judgment held that Ayida filed an answer to the petition but did not give oral evidence in support of it.

She said the position of the law was settled as pleadings did not amount to evidence.