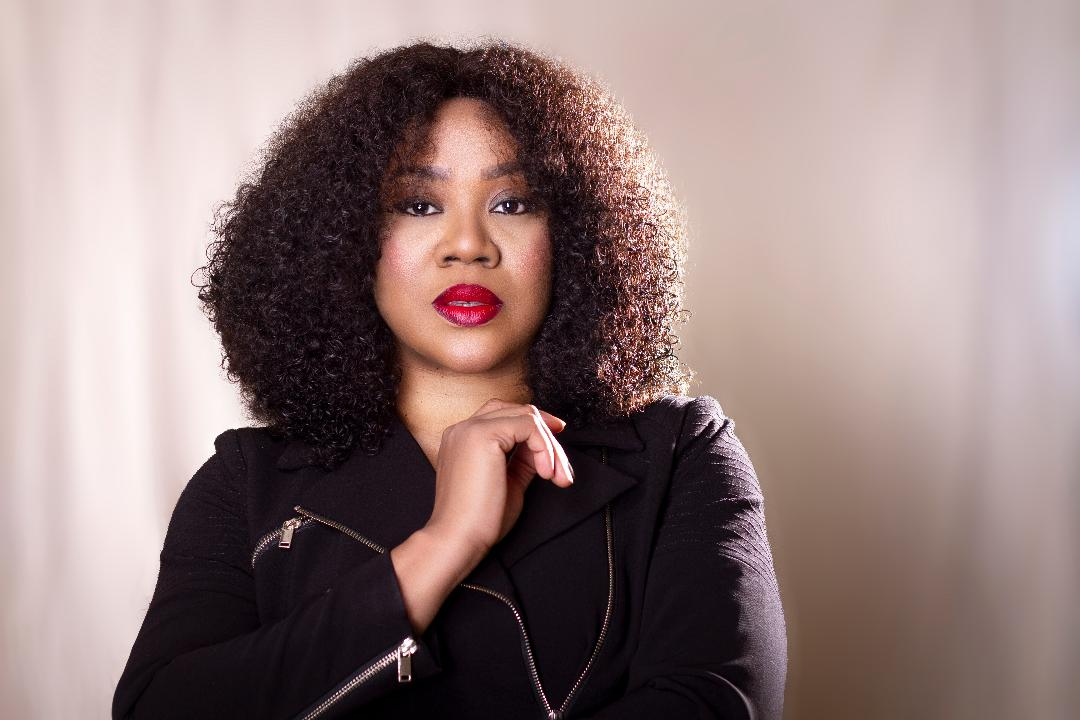 Nollywood actress and singer, Stella Damasus has shared some insights on the right approach to deal with victims of domestic violence.

Speaking in a video shared on her Instagram page, the 44-year-old mother-of-two said it’s normal to want a domestic violence victim to leave the abusive relationship or marriage, but people should stop querying or criticize them for sticking with their abusers.

She further noted that asking these people why they are still in the relationship is a wrong approach and attacking them for choosing to stay will only compound their problem because abused people have been mentally battered and brain conditioned by their abuser, and criticizing them will only damage them further.

Proffering an alternate approach, Damasus stated that the best thing to do in trying to help these victims is to first, listen to them tell their tales and try to understand their plight, then offer to get them help either by getting law enforcement involved in their situation or getting them shelter.

In other news, evangelist Naomi Silekunola, the estranged wife of the Ooni of Ife, Oba Adeyeye Ogunwusi, hinted on her struggles with the Ooni. She hinted at being harassed for “walking away from abuse” and she warned that she will not stay silent about it.

In an Instagram post on Monday, August 29, the mother-of-one condemned how the police treated an unidentified woman in an incident who had walked away from her abusive partner and relationship.

According to Naomi, who shares a son with the Ooni of Ife, stated that “walking away from a relationship does not mean one should commit suicide.”

“No woman deserves to be bullied. Walking away from abuse should not take away your fundamental human rights and dignity as a woman.”

She then referenced an incident she was allegedly subjected to by the “Assistant Commissioner of Police at the AIG’s office in Akure.”

She said it “is a pointer to the fact that the system has failed womanhood again.”

“What just happened with the assistant Commissioner of police at the AIG’S office (Zone 17) in Akure is a pointer to the fact that the system has failed womanhood again. Does it mean that walking away from a relationship mean you should commit suicide? More updates coming.”

Reacting in the comment section of her post, the Queen’s younger sister, Simi stated that no woman deserves what the queen went through, adding that it was time to speak out.

ALSO READ: Shocking Details Emerge On What Led To The Crash Of Ooni Of Ife’s Marriage To Queen Naomi

“No woman deserves 1% of what you went through, still going through, you have really tried and enough is enough!!! It’s about time the sleeping dog wakes.”

Replying Simi’s comment, queen Naomi revealed that she would rather die when she is pushed to a limit. She wrote,

“It will be a rude awakening. You know when I’m pushed I will rather die….thank you all for standing by me through this difficult period. They don’t know what’s going on but God will be faithful.” 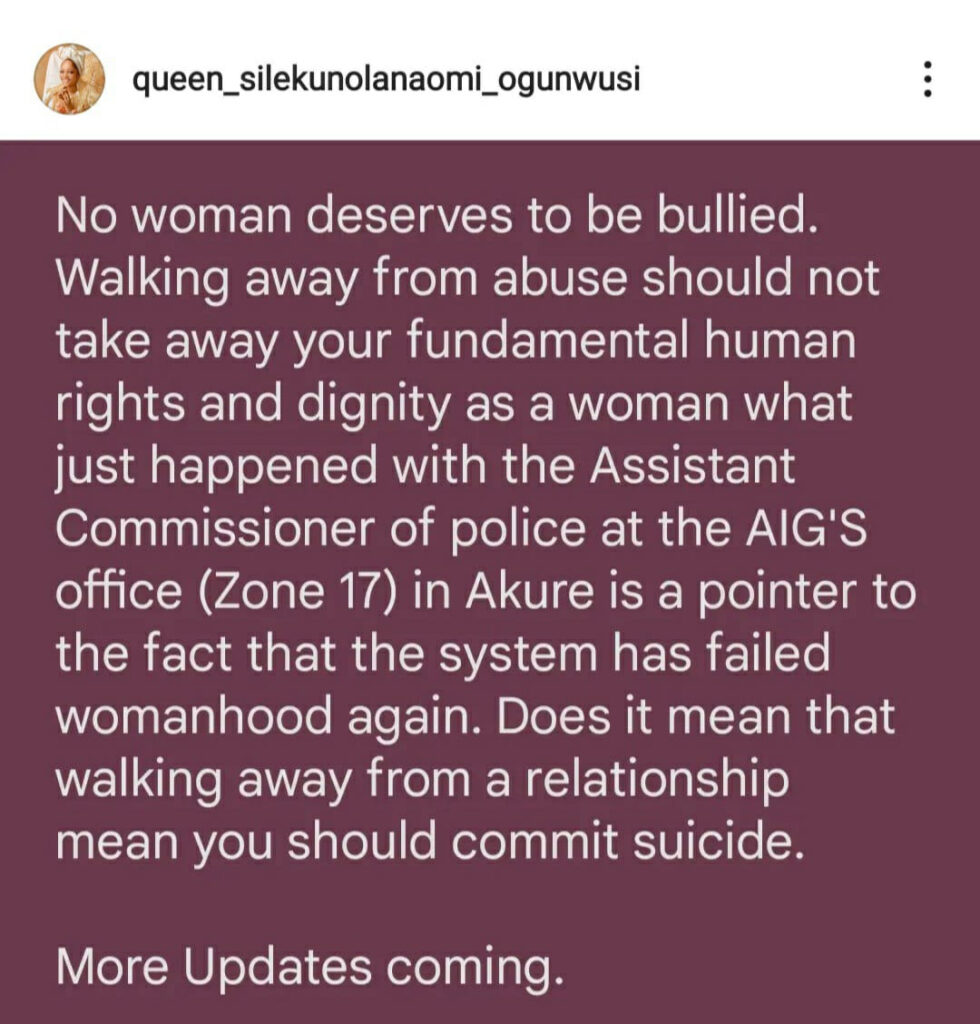