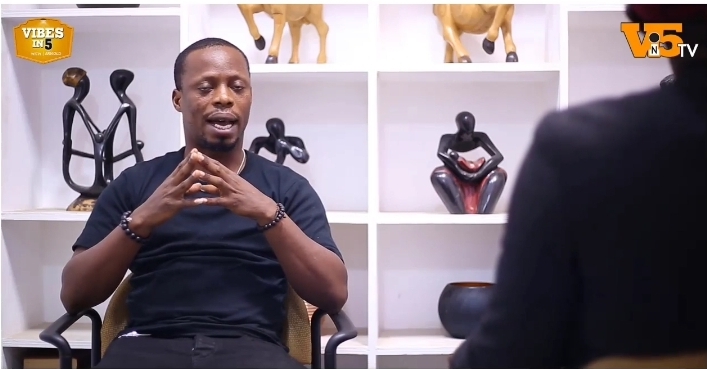 A man has shocked everyone after revealing he’s been having an affair with his brother’s wife for the past seven years.

In an interview with a show host, the man revealed how he started a clandestine affair with his older brother’s wife. According to him, his brother does not deserve the woman and he was rarely available to attend to her emotional needs.

He recounted the series of events that led to the relationship as he revealed that he felt encouraged to pursue the affair with his brother’s wife because she embolden him with the way she treated him whenever her husband wasn’t around.

The affair continued even after they slept with each other the first time, but the brother’s constant absence due to his business demands made it easy for them to continue.

He went on to reveal that they both share a child together and now, he’s ready to snatch her from his brother so he could have her all to himself. He partly said:

“I have been having an affair with my brother’s wife for 7 years and we have a child together. Now I want to snatch her from my brother and have her all to myself. I feel that my brother don’t deserve her.”

SEE ALSO: Husband’s ‘Passive Aggressive’ Note To The ‘Other Man’ Who Is Sleeping With His Wife Goes Viral

Below are a few reactions from social media users:

1. As in eh… The audacity with which this dude is talking makes me want to give him a strong brain resetting slap…

2. Don’t you think a better question is why exactly would his brother’s wife do this to him (her husband)?

I mean, in as much as this dude deserves serious beatings, isn’t the wife even more of a betrayal and a back stabber?

Having stood before hundreds of people to take an oath of faithfulness, prolly went to a court and signed some papers legalizing their union etc….

She broke the oath, broke the trust and choose to not only bed another man, but the brother of her own husband!!!

She even went ahead to have a child for him and even decieved her husband into believing that the child was his!!!

As useless as this man maybe, let’s not forget the extent of the betrayal of the useless wife also.”

Wow the presenter get so much patient, some of us for don help the brother give this guy better blow. But why would u do such to your brother’s wife.”