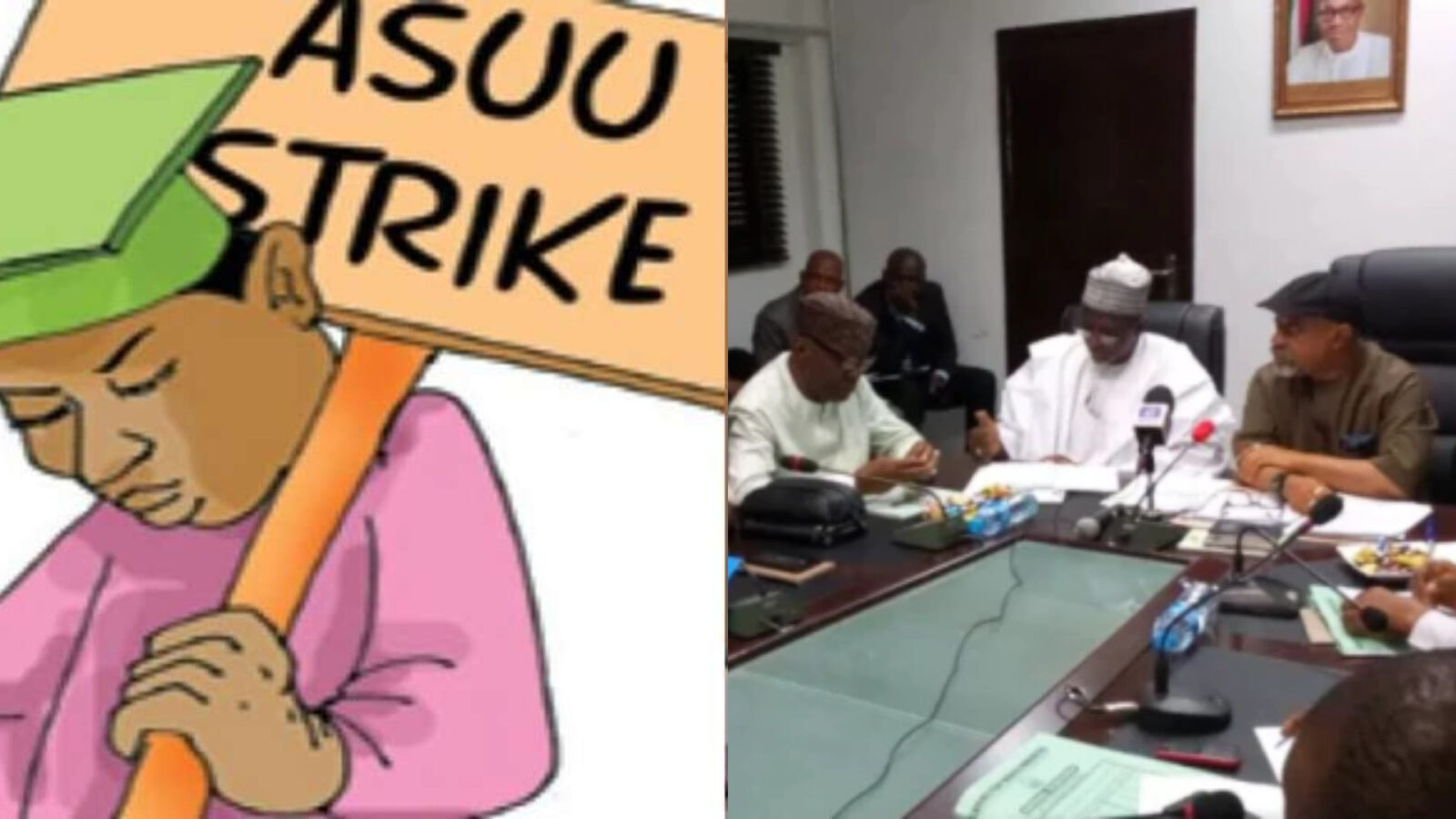 The Academic Staff Union of Universities (ASUU) has been ordered by the national industrial court of Nigeria (NICN) to call off its ongoing nationwide strike and go back to work.

The order was given on Wednesday September 21, days after the federal government approached the court to challenge the strike.

The government through its counsel, James Igwe, had asked the court for an interlocutory injunction restraining ASUU from taking further steps as regards the strike, pending the determination of the substantive suit.

Reacting to the order, the National President of ASUU, Prof. Emmanuel Osodeke said the leadership of the union will soon meet to deliberate on the order and take action.

“When we meet and deliberate on the ruling and other related issues, we will inform you,” Osodeke said to Vanguard on phone.

The National Association of Nigerian Students, NANS has described the ruling of the court that ASUU should go back to work, while the case involving it and the Federal Government is being heard, as a win-win situation for all the stakeholders in the matter.

The National President of NANS, Comrade Usman Barambu, also told Vanguard that the Federal Government must, however, not see the ruling as a victory over ASUU. He said:

“It is a win-win situation for all, the government, the students, parents and ASUU. It is not that the court has given the government a kind of victory over ASUU or that the government has boxed ASUU to a corner. As students, we are happy about the development as it a sort of progress being made regarding how to resolve the face-off.

“It is still a running matter. As students, we are happy that academic activities may soon resume in our university campuses.”

Similarly, parents under the aegis of the National Parent Teacher Association of Nigeria, NAPTAN, have reacted to the development.

Speaking through the National President, Alhaji Haruna Danjuma, the body said the government and the union should obey the ruling of the court. The president said:

“Since it is a court of competent jurisdiction that gave the ruling, there is no way it should not be binding on the parties involved. Already, everybody involved seems to be tired of the endless strike.

The situation is heading to a dangerous dimension as students are beginning to protest and block roads all over the country.

As parents, we are already becoming afraid that the protests could be hijacked by hoodlums and the unexpected happening. Now, there is hope that our children may go back to school soon.

But our advice for the government is that they should do the needful regarding their obligations to the union members, the students, the university system and education sector as a whole.”

ASUU has been on strike since February 14, this year over some demands from the government.