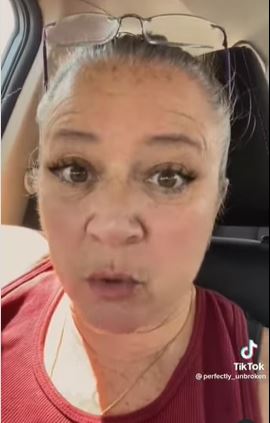 An Uber driver has told a really startling story of how an obviously married man brought another woman into her car.

In a video she shared online, the female driver disclosed how she dealt with the married man who entered her car with his side chic.

According to her explanation, the man ordered her ride and she picked him up at his home, with his wife and kids following him out to bid him farewell.

However, as soon as they started the trip, he informed her that he added a stop. When they got to the stop, the man’s side chic got into the car and they kissed.

The Uber driver who was pissed about this explained that the side chic then began asking the man when he will leave his wife for her and he assured her that he was working towards that.

READ ALSO: Heart-breaking Story Of How A Mum-Of-3 Lost Her Life While Chasing Her Husband And His Alleged Side Chic In Calabar

Angered by their conversation, the driver drove the husband and his side chic back to the man’s house where his wife and children were waiting for him.

“It didn’t end well for him,” the Uber driver said.

She added that there is no excuse for cheating and she has the right to refuse her services to a cheating spouse.

“There is nothing worse than a dog,” she said.