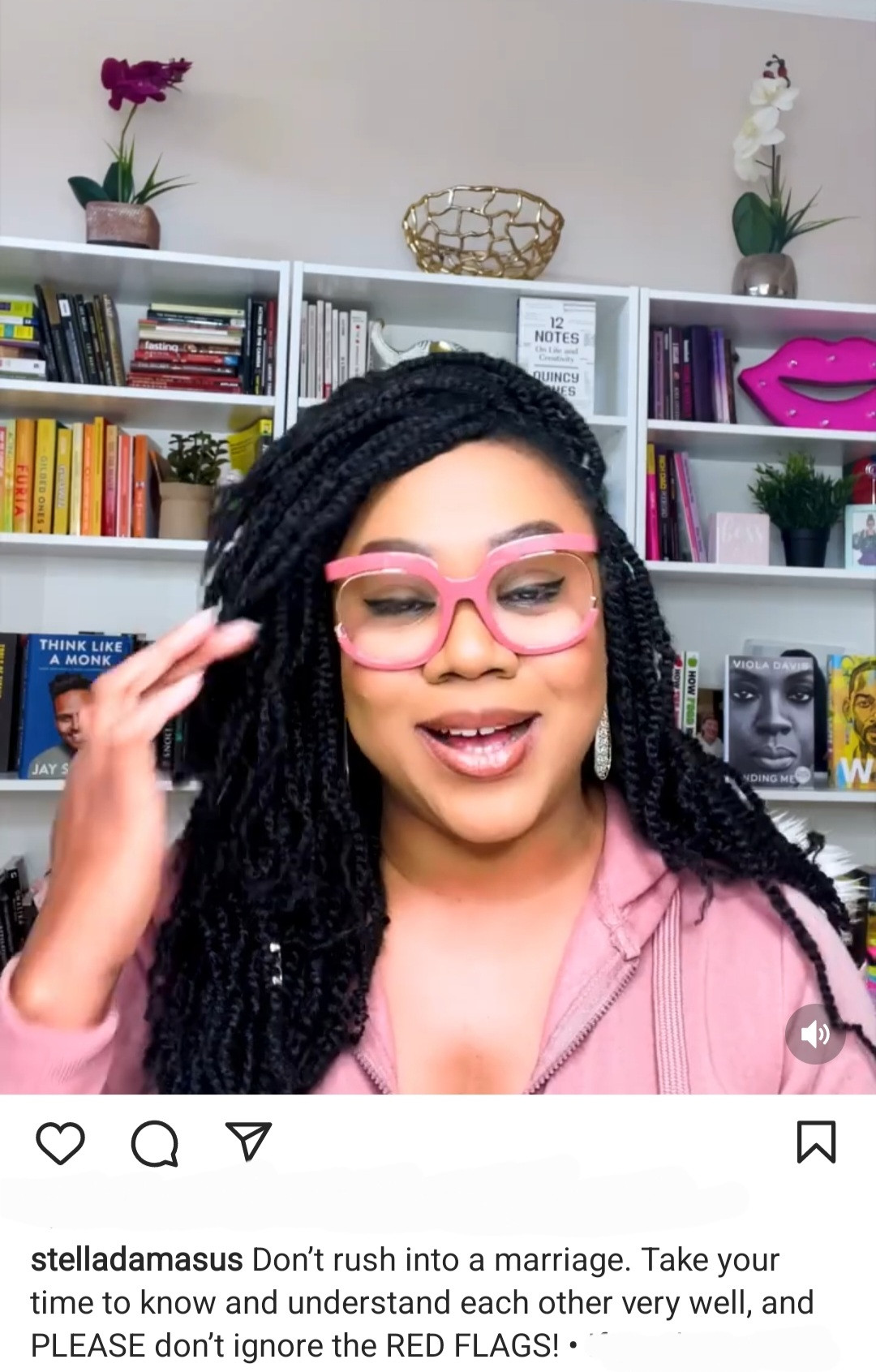 Former Nollywood actress, Stella Damasus is opening up about her break up story to warn women against rushing into marriage.

The mother-of-two in a video uploaded on her Instagram page, also advised women to pay attention to red flags in relationships.

She then shared her personal story. Stella who has been married three time, revealed that she met a guy who ticked all the boxes, had the same interests as her, and did the same things together.

She said she believed he was the one so she took the plunge and ended up being heartbroken.

Stella then advised ladies to pay attention to red flags and avoid rushing into marriage.

“Darling, I have heard experiences with dreams, and with visions that I choose how I want to interpret it to suit what I want.

To give me the answers that I want. It happened to me, I thought this person was my soulmate……

Las las e don cast everybody will still chop breakfast. So my dear, let’s be eating lunch and dinner. When you see red flags don’t ignore it.” 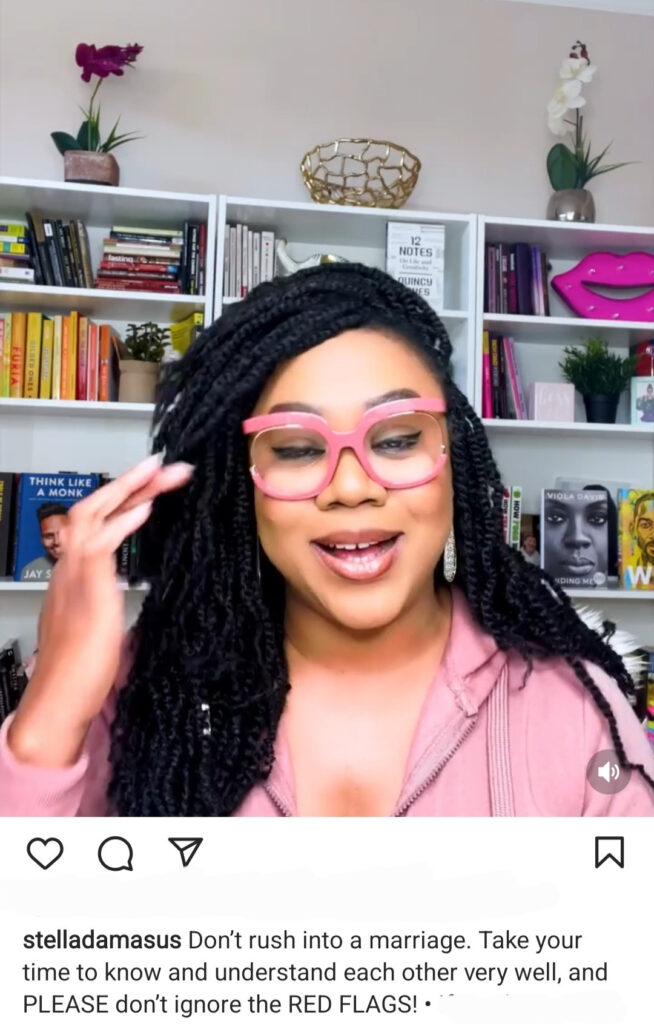 Stella has been married three time. At 21, she married Jaiye Aboderin who sadly died in 2004.

ALSO READ: Stella Damasus & Daniel Ademinokan Talk Living As A Blended Family, Their Challenges & How They Scale Through

In 2007, Damasus remarried, this time, to Emeka Nzeribe. However the marriage reportedly lasted for just nine months.

After the crash of her second marriage, Stella relocated abroad with the two daughters she had for her late first husband and then started dating Daniel Ademinokan, whose first marriage was to Nollywood actress, Doris Simeon.