The state Commissioner for Information and Strategy, Gbenga Omotoso, who made the announcement at the State House in Alausa, said the measures were taken by the Government in response to “scary figures” of fatal accidents recorded from operations of Okada and tricycles in the State between 2016 and 2019.

Omotoso said the lack of regard for the Lagos Traffic Laws by the Okada and tricycle riders had resulted in preventable loss of lives, adding that their impermissible movements on restricted highways had also contributed to traffic jams.

According to the Commissioner, operations of Okada and Keke NAPEP have been banned in the following LGAs and LCDAs: Apapa LGA, Apapa Iganmu LCDA, Lagos Mainland LGA, Yaba LCDA, Surulere LGA, Itire-Ikate LCDA, and Coker-Aguda LCDA.

This number excludes unreported cases and those recorded by other hospitals. The total number of deaths from reported cases is over 600 as at date.

“Therefore, after consultations with stakeholders, the State Security Council, in compliance with the extant Transport Sector Reform Law 2018, has decided to commence enforcement of the law which bans the operation of Motorcycles (Okada) and Tricycles (Keke) in the following Local Governments (LGs) and Local Council Development Areas (LCDAs):

The Okada and Keke NAPEP are restricted on the following highways and bridges:

Lagosians including some celebrities have, however, not received the news well. Bolanle Olukanni, Ifuennada and other Nigerians are reacting to the news argue that it is not a welcome development as the government has not put in place alternative mode of transportation before placing the ban. 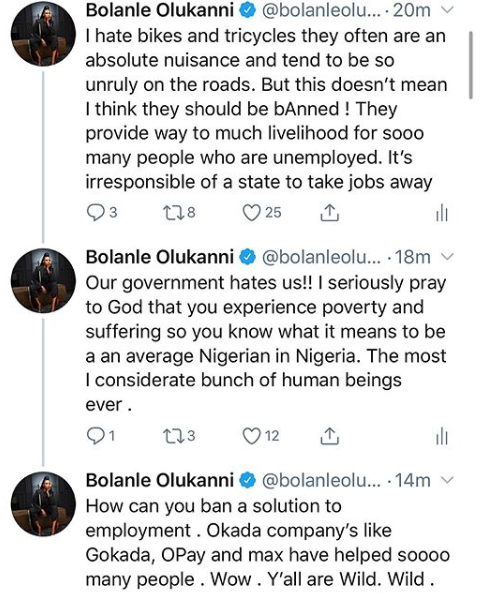 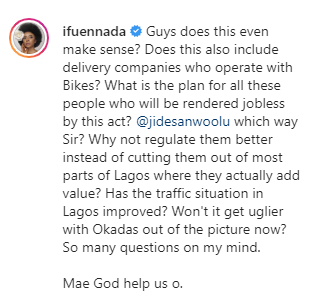 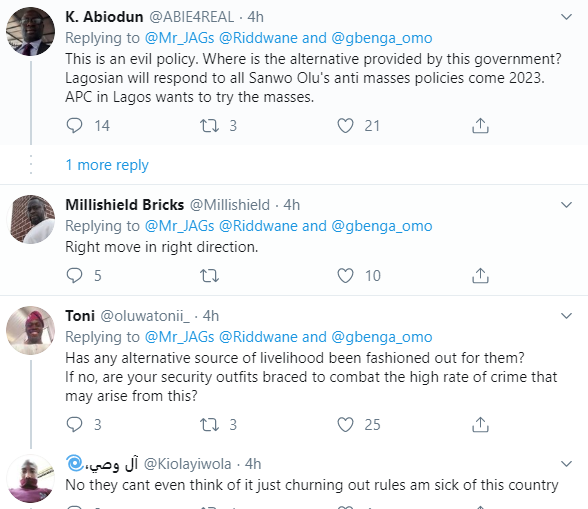 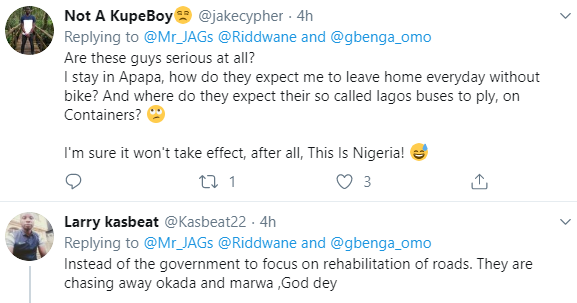 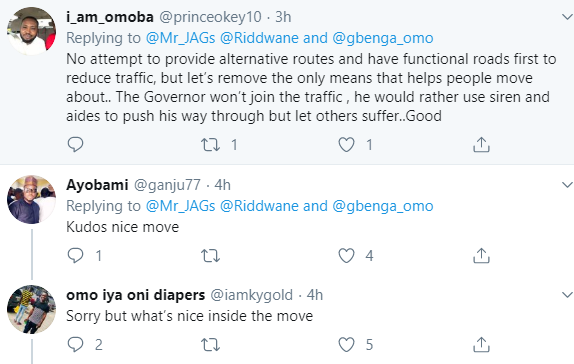