OAP Adenike Oyetunde, who got married over the weekend, has called out some well-wishers who sent condescending or critical messages while congratulating her on her wedding.

The author, who held an intimate ceremony in her sitting room, with only a handful of close relatives and friends in attendance, revealed she has been getting some inappropriate messages from people.

Some of those sending her congratulatory messages ended up including the fact that they are displeased they weren’t invited or informed about the wedding.

Adenike explained that she couldn’t fit so many people into her sitting room so only a handful of people had to be invited. She cautioned them and told them to desist from sending such messages to celebrants in the future. 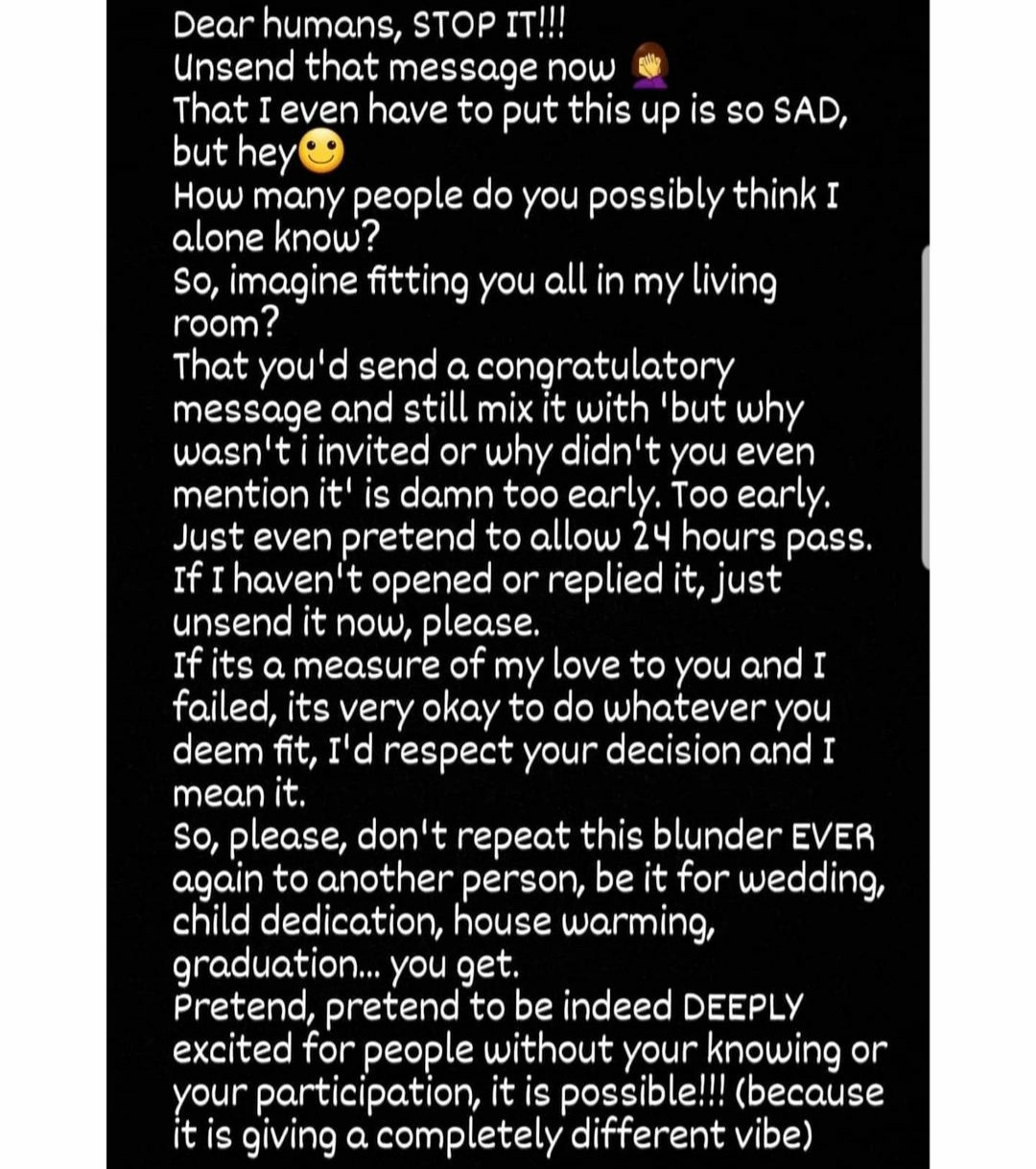 The author also called out those being condescending in their messages, thanking God on her behalf that her husband “agreed” to marry her despite the fact that she has “one leg”.

she wrote in reaction to such messages, adding,

“If you’re ever never sure what to say, don’t bother talking at all.” 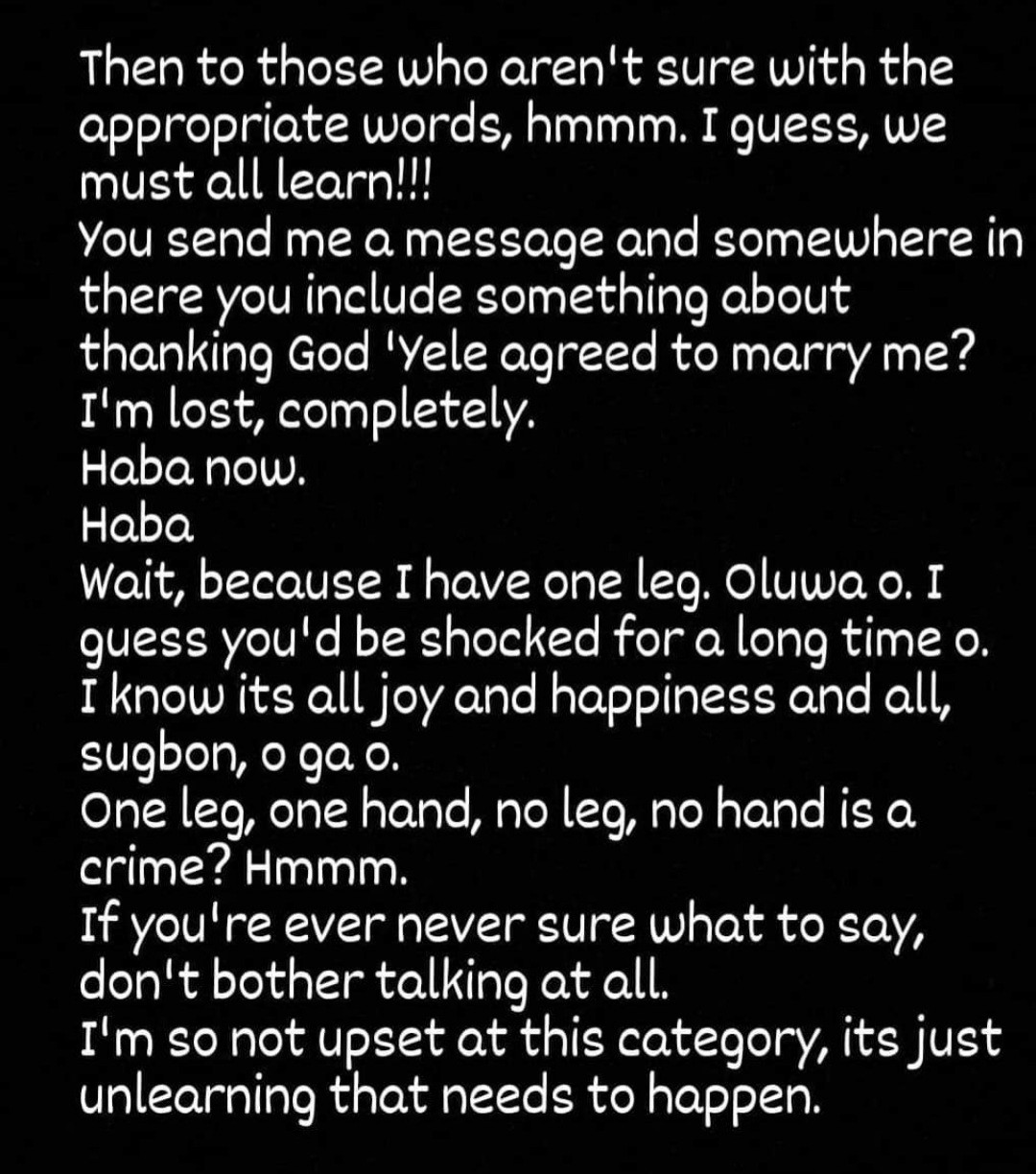