Memoirs Of A Mum 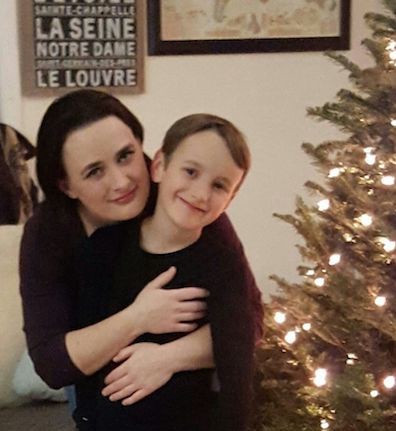 A user on medium, Destiny Kruse, shares her story on her struggle with heroin addiction and unexpected pregnancy that led to the birth of her son, Jack. Read below…

“Two months into recovering from a heroin addiction, I learned I was pregnant. I was terrified. I knew what withdrawals were like and I knew my baby would begin to experience them almost immediately after his birth. I called my counselor right away. I saw the doctors at the methadone clinic and I made an appointment with an OB/GYN who specialized in high-risk pregnancies. I was told the same thing by every doctor: To quit now was more dangerous than continuing my treatment. Once born, doctors can wean a baby slowly off methadone, but while pregnant, my son would feel all the same withdrawal symptoms I felt”

She went on to share how she had multiple sonograms and finally had her baby through a C-section on July 28, 2007. She says her son had looked like a normal healthy baby and she hadn’t known anything was wrong until she visited him in the intensive care unit and found out how bad he was doing. She said, “He’d cry and twitch. Sometimes it seemed like it hurt him to be held.”

After he was weaned and sent home, it became obvious that it had been too early to go home. She continued,

“Jack cried and couldn’t keep his arms and legs from flailing around. He’d stretch his body like he wanted to jump out of his skin. I took him to the local children’s hospital. The doctor who initially examined him was visibly upset. He couldn’t understand why he was sent home so early. We spent the next five weeks in the hospital. I left once a week to pick up my methadone. I slept on the hospital bed in his room and Jack slept in a bassinet beside me. I warmed his bottles, fed him, changed his diapers and spent my days with him. He no longer shook uncontrollably or winced when touched.” She went further to talk about her addiction, revealing that she had tried to kill herself at 13 and had started taking heroin at 16. She says, “The feeling was indescribable. I felt so relaxed, like nothing mattered. As someone eager to escape my emotions, I was naturally drawn to it.”

She talks about the type of life she had led before her son’s birth and how she had been in and out prison and rehab for the next six years until she got tired. She hated her life and how people were treating her because of her addiction until she started the long road to quitting.

She concludes her story by proudly talking about her now 8 year old son.

“Jack is of average height and weight. He’s smart, he likes trucks and has plenty of friends. He’s your normal, happy-­go-­lucky eight year old.

I’m not sure when or how I will tell him about the first six weeks of his life, but I hope he understands. I’m ashamed of my mistakes, but I’ve decided I can either learn from them or let them weigh me down. I’ll always be a recovering addict, but I’m also a loving mother who refuses to be defined by my past,” she said.