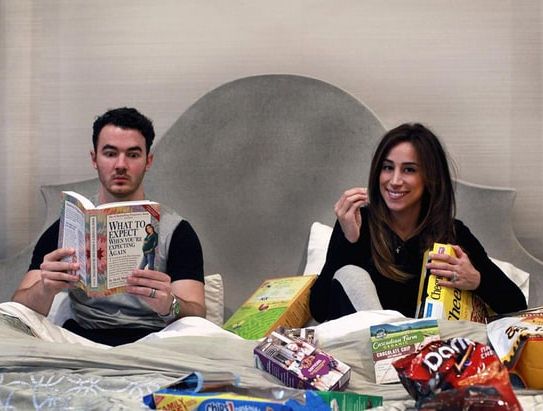 Just a few months ago, musician, Kevin Jonas revealed that he and his wife, Danielle Jonas (read here) are expecting their second child.

Yesterday, the excited dad took to his Instagram page once again to announce the gender of the unborn child with an adorable collage of his first daughter Alena Rose Jonas, 2, holding a giant pink heart balloon that had the words “baby girl” on it and he captioned the collage: “We’re having a GIRL!!!!!!!!”

Eonline reports that the 28-year-old former Jonas Brothers  singer had said during a radio interview last month that:

“I’ve actually always wanted two girls,” he said. “I just want a healthy baby, to clarify. I want healthy children. But I’ve always like wanted two kids that were both girls and my wife was like, ‘Why?’ I’m like, ‘Because I’ve been around boys so much my entire life that I want to be surrounded by, you know, girls.”