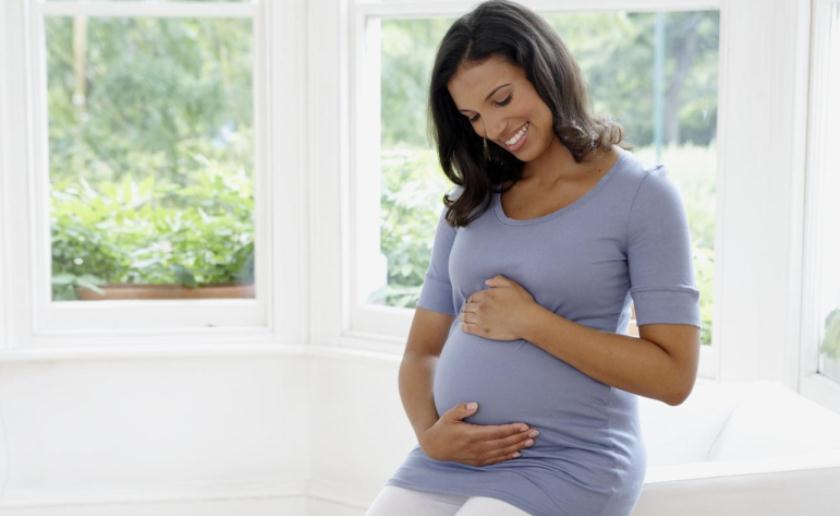 Despite the several upsets that may come with pregnancy, knowing a baby is developing inside you triggers a variety of amazing emotions. As you bask in the euphoria, here’s a week by week guide on what to expect and how your baby develops during the 40-week period…

At this point, pregnancy has not really taken place. However, the egg that will be fertilized by the sperm, resulting in pregnancy, is released.

Usually, a week before its release, there’s a rise in your body’s level of estrogen and progesterone, making your uterus form a lush, blood-rich lining of tissue to support the egg that will be fertilized. Meanwhile, eggs are ripening in fluid-filled sacs called follicles in your ovaries.

At the beginning of the first week of pregnancy, estimated to be around day 14 of a 28-day cycle, ovulation takes place – one of the ripe eggs in your ovaries erupts from its follicle and finds its way into one of your fallopian tubes, in preparation for fertilization.

Usually, less than 24 hours after this, your egg is fertilized by one of the average 250 million sperm from your partner that survives the rigorous 10-hour journey of swimming from your vagina to your cervix, then to your uterus and finally, your fallopian tube. The fertilized egg is called a zygote.

It usually takes another three to four days for the zygote to get to your uterus from the fallopian tube. During this period, it will divide into 16 identical cells. The zygote is called a morula once it enters the uterus, and it starts the process of attaching itself to the lining of your uterus in continuation of its growth into a blastocyst.

You don’t feel pregnant or have any pregnancy symptoms at this stage. Also, you won’t get a positive pregnancy test result yet, despite the processes your body is undergoing already, until after two to three weeks or more.

Most babies arrive about 38 weeks after the egg is fertilized. However, because it’s difficult to track the exact date fertilization took place, doctors often calculate your EDD by counting 40 weeks from the first day of your last period. Women with cycles longer than 30 days may however get an adjusted EDD after their first ultrasound.

It is advised that all women trying to conceive make healthy lifestyle choices (quit alcohol, caffeine and smoking, exercise moderately, eat a nutritious and well balanced diet), monitor their health and take a prescribed prenatal vitamin containing at least 400 micrograms of folic acid daily to aid having an healthy and pleasant pregnancy. This is because some complications such as birth defects often occur in the early stages of pregnancy when most women haven’t even realized they are expecting a baby.