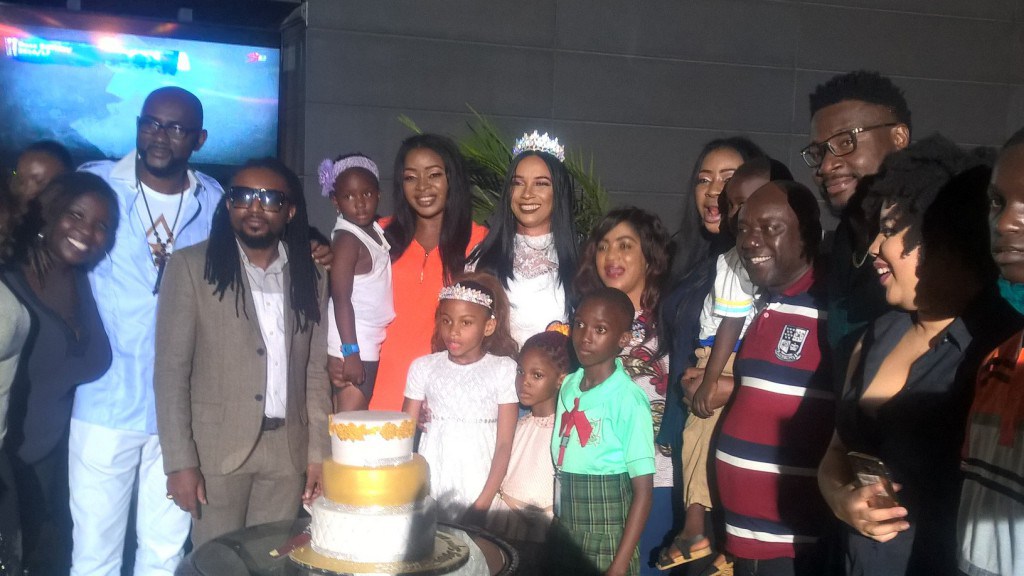 Update: “My mom’s no felon,” 18 Year Old Girl Kidnapped from Hospital as a Day Old Baby Defends her Abductor

Top Nollywood actress, Ibinabo Fiberesima, has faced a lot of challenges over the past couple of years.

From the court case she dealt with over the death of Suraj Giwa, who died as a result of a car accident involving her years ago, to finding love again, Ibinabo seems to have weathered so many storms.

She has however proven herself to be a woman of immense strength, overcoming these obstacles.

In an exclusive interview with Premium Times,  the former model and mother-of-three opens up for the first time about her travails, prison experience, marriage and much more.

The ex president of the Actors guild of Nigeria neither confirmed nor denied rumors of crisis in her current marriage. However, she asked that people should be respectful of her family. Stating that she owed it all to God for getting through her prison phase and marriage ups and downs, she also acknowledged the love that the Nigerian people have shown her, sharing that even the prison wards called her to wish her a happy birthday.

The mother of three biological children, and three adopted ones, clarified what really happened on the day of the car accident:

Yul Edochie’s 1st Wife, May Replies His Public Apology As She Reaffirms Her Stand On Polygamy: ‘I Will Not Be NUMBERED As A Wife’

“I was blocked by armed robbers so I swerved to avoid running into them and an oncoming vehicle hit my car and that’s it. If I could take it all back, that accident would never happen, that man would be with his family today. Sometimes I break down considering the fact that I was involved in an accident and someone died. So many versions have been told and some say that I rammed into the deceased. I did everything humanly possible and God bears me witness.”

The 44-year-old mum also advised that when a woman turns 40, she should take her health very carefully and seriously. She shared how she found lumps in her breasts and had to have them surgically removed almost immediately.

To read more on the interview, visit Premium Times