Infidelity, News Around the World 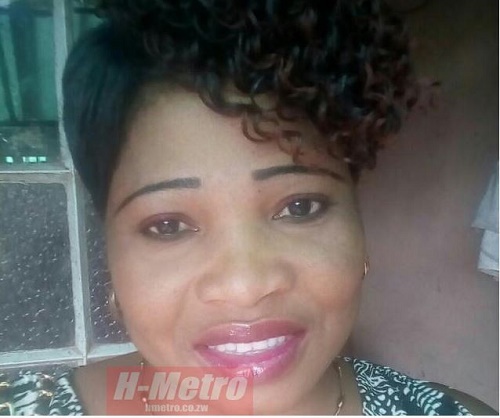 So Sweet: Neyo and Wife Celebrate One Year Wedding Anniversary

An 18-year-old marriage in Zimbabwe has been dissolved after the wife, identified as Nothando ‘Madam Noku’ Nkomo, decided to take revenge on her cheating husband, Kuwatengera Musaruro.

Speaking with H-metro, the 45-year-old hubby confessed to cheating during the subsistence of his marriage to his wife, adding that his wife has been cheating with musicians for a while.

I sent her packing last Saturday after I discovered that my wife was dating Texas, who is in Andy Muridzo’s band. My uncle told me that Texas slept at my house on the day Baba Harare launched his album.

When I confronted her over the matter, she told me that Texas slept in the dining room whilst she was with her sister and our kids in the bedroom. I was then convinced that she was cheating on me with Texas.”

Meanwhile, Musaruro, acknowledged that he once cheated on his wife with another woman which added to the marital woes.

”I had a girlfriend in 2014 and she came to know of it. From that time we started having serious problems. Our marriage has never been stable since then,” he said.

Nothando, 35, on the other hand, refuted all the allegations saying Musaruro was a cry baby. She said Musaruro was trying to tarnish her image and dragging other people’s names and their dignity into the mud.

”He divorced me on December 27 last year. I don’t know what he wants from me since we have since separated. All what he is saying are lies. He is just fond of tarnishing other people’s images. I am not in love with Texas. I have never dated Spencer as he claims,” she said.

Texas, however, denied being in love with Nothando saying he had slept at her place with his girlfriend called Panashe.

”I slept there with my girlfriend called Panashe,” he said.

I accompanied Texas there and left him there. Texas called me the next morning saying he was now leaving for his place. I have heard of the sexual relationship but I don’t know what is happening,” said Panashe.

Nothando was quick to point a finger at Musaruro accusing him of being responsible for the collapse of their marriage. She said her former husband was in the habit of cheating on her with other women.

I can say he is the one to blame for our separation,”she said.

She also said Musaruro should stop stalking her.