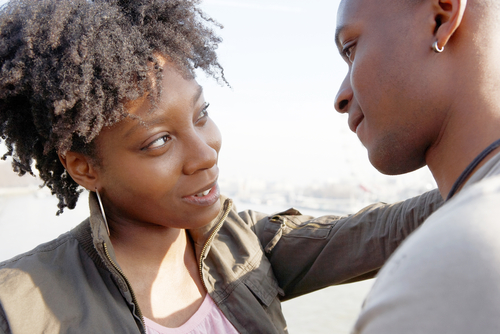 Sometime in January, MIM brought to your attention tthe story of a man who abandoned his wife after discovering that she was pregnant with triplets, read here. As fate would have it, a MIMster (MIM reader) almost found herself in the same predicament as the heartbroken lady in the story above. The only difference was that she had a more supportive partner.

Today she shares her story about how her husband helped to reaffirm her faith in men. Read her story below:

Read Also: “I Have the Best Husband in the World!”: MIM Reader Bose Shares Touching Story

My Hubby and I got married in August 2014. Being newlyweds, everyone expected us to start having children almost immediately. The second month into our marriage, nothing happened; we were however not bothered because we believed we still had time. 3rd month into our marriage, we decided to go to the doctor, it was then I discovered I had a hormonal imbalance. My Hubby and I took the doctor’s report to the RCCG Camp prayer altar and trusted God to remedy the situation.

In 2015, I started having a lot of back pain, I was vomiting, and I lost appetite for food and a lot more, so that sent me back to the doctor for a second visit. I was pregnant, but my doctor had concerns. He said they were “exaggerated pregnancy symptoms”, so I scheduled a scan immediately. During the scan, the sonographer suddenly started laughing and I was like:

“He said am seeing more than one baby o”. I shook my head physically and in my mind.

“Dr please stop joking, what exactly is the issue” I questioned.

He then became a bit more serious and told me that he doesn’t joke while working, also saying in clearer terms that he was looking at three gestational sacs, meaning three babies.

I became dumb and didn’t say a word until I got home. I was in total shock! God have mercy on me! My mind began to race and run, instead of me thanking God, I was thinking about how we were going to survive, and raise 3 children on my husband’s salary of N22,000 a month.I did not earn any better than he did! Food, hospital bill, clothing etc..how would all that be taken care of? Would I even survive the delivery?

I got home and broke the news to my darling hubby, I did not even know how he would react, but I must say he shocked me. He went straight on his knees, started praising God, rolling on the floor. I was surprised at his reaction and chastised by the Holy Spirit. I joined him and started praising God.  My husband said to me, “My dear don’t worry, all will be well. These children are God’s project.”

I became relieved and from that moment we trusted God to do that which only He could do.

A few days to my delivery, he was called for an interview at a school, Trinity International College, Ofada.  This same school had already rejected him a year ago. He had another interview and it was successful. He was offered a job, and from N22,000 as a monthly income, his income was increased to N64,000. To a lot of people, this money amounts to nothing, but to us it was a miracle we needed at the right time. I had my babies at OSUTH (Ogun State University Teaching Hospital) with some major complications. I was rushed to the theater because I started to bleed, and the doctors discovered that something was wrong. I lost one of my babies, but God still blessed me with a boy and a girl to go home with.

Araoluwa and Iseoluwa are 17 months old now and every day we have never stopped trusting God. We definitely do not despise the days of little beginnings.

I thank God for my husband, for his strength and courage. He helped me to be strong enough to go through that pregnancy and come out victorious at the end.

God has blessed me beyond my imaginations, and he has never failed us till this day.