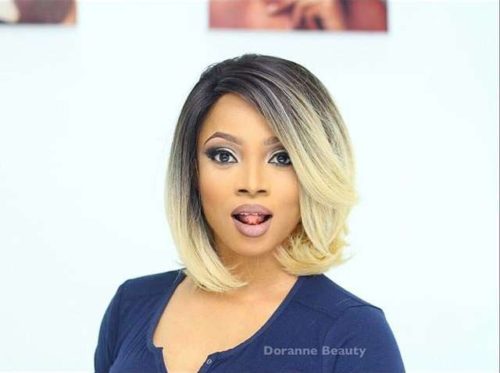 It’s now a trendy approach to ask celebrities for help through social media and get a good response.

Twitter user, @godsown99, who took to twitter to ask Nigerian celebrity On Air Presenter, Toke Makinwa for help to cover cost of his handouts as he’s already finding it hard to pay his school fees.

READ ALSO: ‘I Can’t Wait To Share Testimonies In 2017…. It Is My Year Of God’s Glory’ – Toke Makinwa Expresses Optimism for new Year

And yes he did get a response, he got a surprise from the bestselling author.

Toke Makinwa who replied his tweets, gave him the money he asked for .

go buy those handouts and lets do well in school ❤️