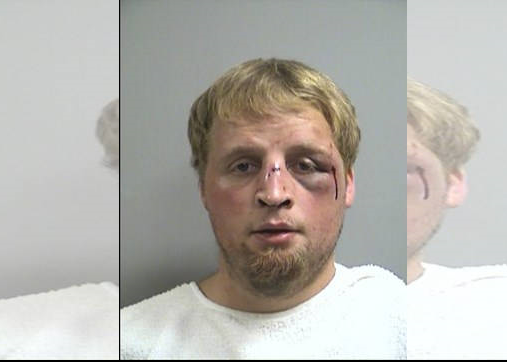 A Father caught his 26-year-old babysitter doing something really terrible to his one-year-old daughter.

According to Metro UK, Jayson Newlun from Missouri had been babysitting the toddler on the night of June 29th and thought he was alone when the child’s parents left to get some food.

It was gathered that the girl’s mother forgot something and had to return home to pick it up and noticed that Newlun was not on the couch anymore and their daughter’s bedroom door was open.

She allegedly saw Newlun taking inappropriate photos of her child before touching her genitals while inappropriately touching himself when she walked into her room.

According to court documents, the perverted babysitter screamed before he was reportedly punched several times by the girl’s father and hit with a dresser drawer.

A neighbour had to step in to stop the father from continuing the attack on Newlun.

Speaking on the unfortunate incident, family members said Newlun was a family friend of the child’s parents and that they were only gone for five to ten minutes.

He was charged with statutory sodomy and was detained and taken to the Clay County Detention Center.