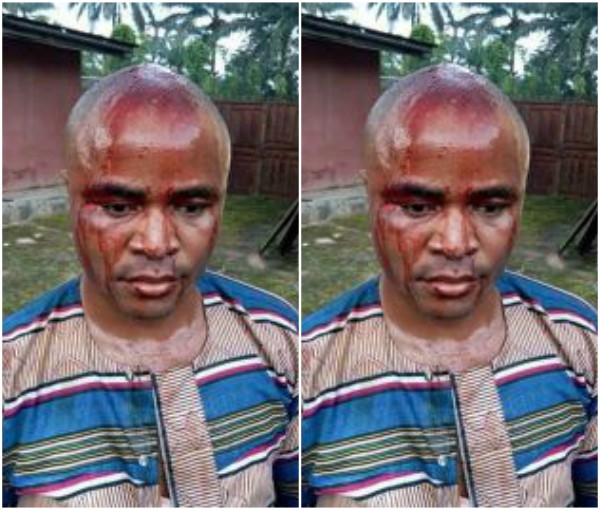 According to a Facebook user, Emmanuel Onuoha, the man pictured above was hit by his wife with a log of wood during an argument in their home.

Emmanuel also claimed that the man in question is jobless at the moment and has been trying his best to secure one before the sad incident which happened during an argument in their home about food.

The unnamed woman allegedly blamed her nasty action on annoyance saying she is tired of her husband not carrying out his responsibilities as the man.

READ ALSO: Empress Njamah on Domestic Violence: ”Women should be blamed too”

”A woman did this to her husband yesterday, just because of small argument with her about food issue, more over the man lost his job and he has been trying his best to secure a job but she takes it seriously and used log of wood on his head , I pity that woman and may God forgive her If it is you now what will you do?

Though the case has been settled by friends and family members, they asked the woman to kneel and apologize, the woman said she did it out of annoyance due to her husband keep doing promise and fail.” 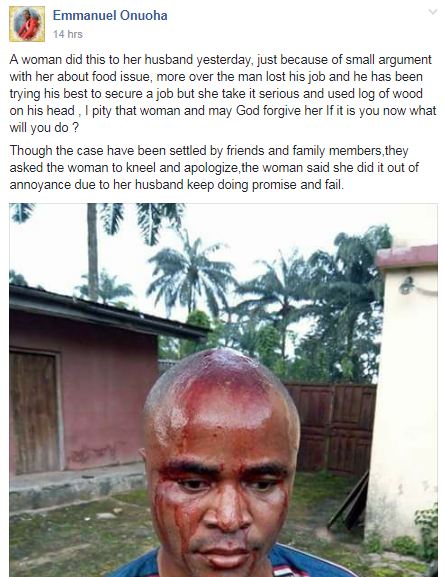 READ ALSO: Olori Wuraola Makes a Call to Say No to Domestic Violence