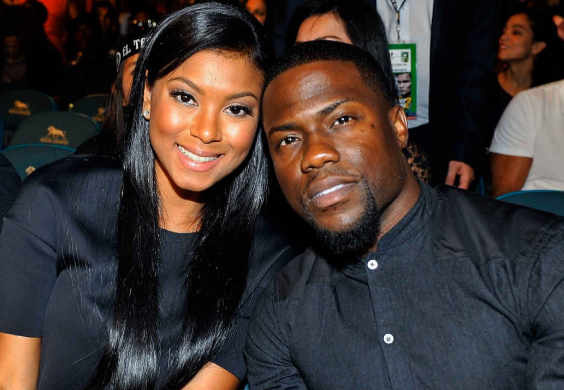 Comedian Kevin Hart and his wife Eniko Parrish-Hart hosted a lion themed baby shower with family and friends joining them.

They also announced the name of their baby on board who is a boy, naming him Kenzo Hart.

The couple hosted the festive gathering at the Calamigos Beach Club in Malibu, California, and had a custom social filter.

READ ALSO:Kevin Hart Resolves to be a Better Man After Cheating & Extortion Scandal

They are obviously excited about their unborn and can not wait to welcome him.

Watch the video of the baby shower/name reveal curled from Las Vegas most popular blog:

The name appeared in almost all the videos and pics the expectant parents shared to their Instagram story during the party. 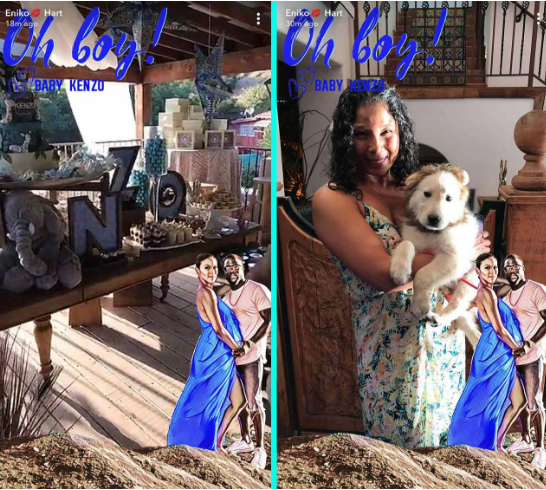 The baby shower itself was safari-inspired, with a wild animal motif playing a big part in the décor as well as the games that couple’s family and friends competed in.

In a video Hart posted he jokingly said, ‘we couldn’t afford a lion, so we just got a dog and put the thing around the dog. It’s still ballin’, it’s just on a budget’.

This is a couple that seems unfazed by the recent cheating/extortion scandals surrounding Kevin.