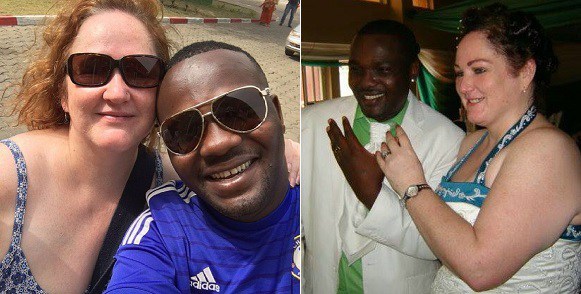 Controversial producer and Yoruba actor, Yomi Fabiyi made several headlines when news hit that he was separating from his Caucasian wife.

It seems he has reconciled with her and the plan is for the pair to return as a happy couple. The actor has always  emphasized that he no longer wants to live like a single man!

Fabiyi, who is presently in the UK, had cried out on social media months ago about his desperation to break away from his wife, Fran who has refused to come settle down with him in Nigeria as they had planned together initially.

According to Fabiyi back then, he was tired of living a single life in Nigeria, but he however said he wasn’t sure if his wife would give him the divorce. 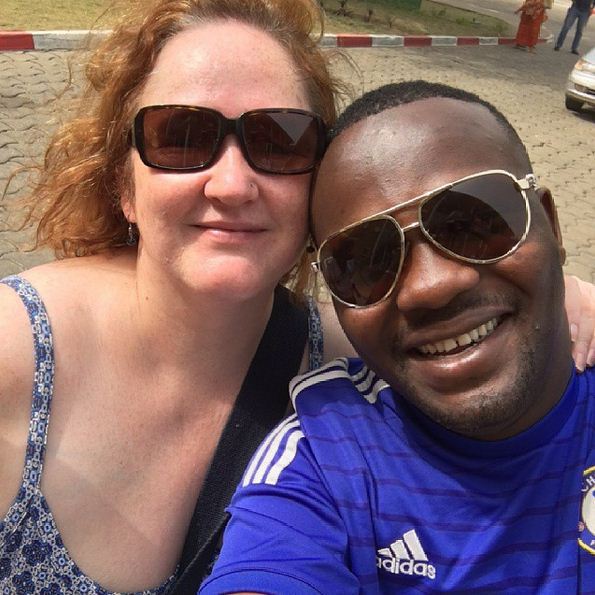 Well, yesterday, Fabiyi shared the wedding photo of himself with his beautiful wife, Fran as they celebrate their fifth year anniversary.

He also hinted that the plan to get a divorce is no longer valid as he now plans to work things out with his wife once again. 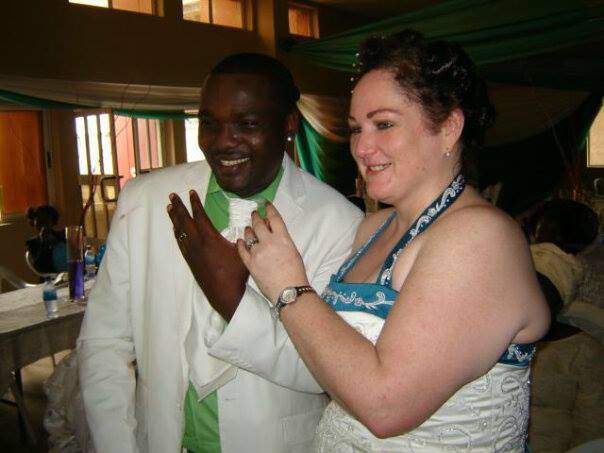 “Happy 5 years Wedding Anniversary to US.”

“In the 5 years of our marriage, I enjoyed tremendous growth in my career and we had good times, rough moments. The memory of our holiday to Republic of Benin in 2015 lingers. The cruises in my car and those resorts visited.

You support my career and honestly wish I continue when I decide to live in the UK, you have good plans but as God will have it I choose to stay back, kept working harder and 2016 in particular my decision was vindicated to a reasonable extent.

READ ALSO: ”Some of us are destined to fail in marriage”- Yomi Fabiyi Pens His Thoughts on Marriage

The GREEN WHITE GREEN as our outfit and hall decor was a clear message from day 1 dear and it has not change because I believe in Nigeria, my people and my career ????????????????.

God willing as we proceed onto the sixth (6) year, we will be able to sort the only hurdle in our marriage and you keep to your promise to me from the beginning to take up employment in Nigeria and live under my roof.

READ ALSO: Actor Yomi Fabiyi Shares on Why He Married His British Ex-Wife & Not a Nigerian Woman

I honestly will NOT love to celebrate the 6th anniversary this way MARRIED but LIVING SINGLE. As we celebrate, I hope and wish this will be my FIRST and the LAST MARRIAGE, God willing.

Congratulations to us and see you in few hours.”

READ ALSO: ”I have been waiting for years to hear your voice. Even if it is just a sentence” – Actor Yomi Fabiyi Makes Touching Plea to Contact his Son