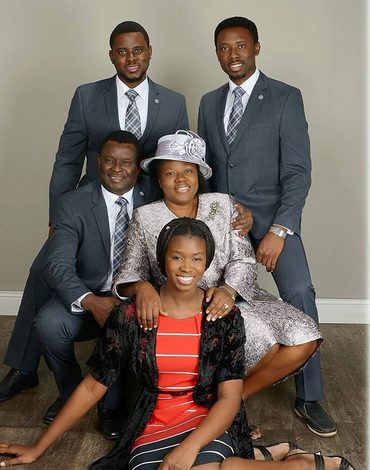 Kanu Nwankwo’s Wife, Amara, Publicly Calls Out BIL, Ogbonna Kanu: ‘You tried that with me all these years thinking I will die…’

The second son of Foremost Nigerian Gospel movie producers, Mike and Gloria Bamiloye of Mount Zion productions, is a bundle of talents just like his parents.

In a recent interview with KFB, Joshua Bamiloye, a Music producer talks about his career, growing up, life as Mike Bamiloye’s son, his parents’ marital journey of more than 29 years and more. 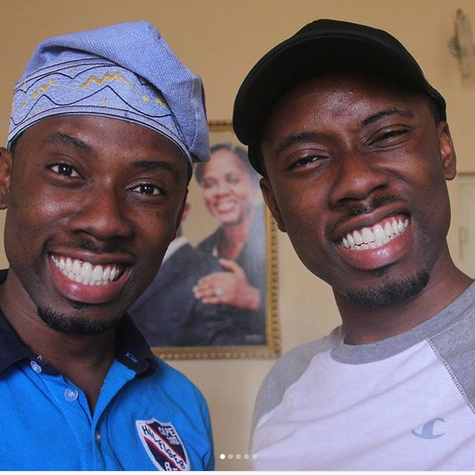 2018, by God’s grace I hope to do basically everything I did last year, only much better, plus releasing my 5th album, and a few music video… Amongst other things I can’t disclose yet.

Is marriage part of those plans

No it is not, because it’s not yet time.

How do you feel being the son of Nigeria’s pioneer gospel movie maker, Mike Bamiloye?

It feels great. it’s an honor to be directly linked to a legend in God’s kingdom. It’s an awesome feeling.

Does being his son, put a burden on you?

No, not at all. Rather it helps me to be a better person. Well you know how you can’t do certain things because you’re a born again Christian? Now because of the name I carried behind my first name, it didn’t allow me freely do certain things.

Things that to the society is no big deal but because of the level the name has placed you, you can’t be seen doing such. Those boundaries I saw as a burden while I was young, but as I got older, it became a crown that made me always wanna do better.

Growing up was normal. We lived in Ile-Ife till 1998 and moved to Ibadan. The embodiment I lived back then didn’t make me exposed so the little the family and ministry had seemed like the norm.

I wasn’t bothered if I ate corn all day, or if we took pap and tea for dinner (it was that serious back then) to me, it was just how life was.

We lived in the same area with other families in Mount Zion. So the MZ children met often. We were called the kings kids. We were gathered together by Mrs Grace Akintunde and taught songs and bible verses n so on. It was nice.

In dad’s tribute to you on your last birthday, you were described as a perfect son. How do you easily stand out especially with all these worldly enticing temptations facing the youth today.

As for the temptations facing we youths, I don’t consider myself a perfect son because I’ve fallen several times in my life. That’s why I thank God for the guidance of my patents, their prayers and teachings. Their wise counsels did a huge Goodwin my life. I guess that’s majorly what God has used to help me stand out. 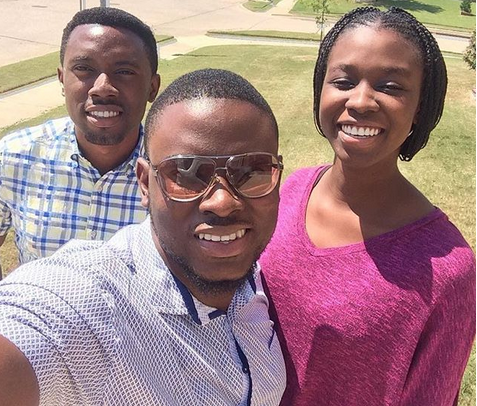 It is amazing how you and your siblings are totally and fully involved in the Mount Zion film production and not been interested in other career lines. Was it what your parents wanted?

Lol like mum says sometimes, it’s a “Davidic” covenant. It’s meant to be passed from generation to generation.

Part of the reason we could connect with the ministry was because we were raised in it. We’ve been drinking the water and and eating d food of the ministry. We’ve seen the tough times and good times. We’ve seen God”s hand move on our behalf, we’ve seen miracles, we’ve seen testimonies of people who have been blessed by the productions.

I don’t think any child will grow up seeing all that and still wanna go do something else.

And what makes this ministry interesting is that’ it’s really wide. So many skills has a part to play. It’s not only about acting in front of a camera, there’s the technical side which is another world on its own.

Music is part of it. Another example is my brother who writes scrips, directs, shoots, etc. My sister on the other hand is majorly a spoken word poet who also writes stories. I don’t write stories but I compose music and handle the editing and effects of movies. So u see there’s something for everyone.

Dad and mum have been happily married for almost 30 years now without any aches which is very very admirable. How would you describe the relationship between them and of course with you the children?

I wouldn’t say without any aches though. Ive learnt through them that marriage comes with its mountains and valleys, but a couple that knows their God will scale through.

The relationship between them is beautiful. You’d wonder how they aren’t tired of each other after so many years. They talk together a lot, pray together and individually, travel together on mission trips, etc. You can see God in between them.

Even when there’s a misunderstanding, a quarrel, it doesn’t exceed that point, that moment. If mum is blowing hot, dad is blowing cold and vice versa. I’ve learnt a lot from their life styles just by watching. I’ve got so many things I’ll apply to my marriage.

And towards us, they’re awesome. Even when we know they’re really busy, we never feel neglected. Their daily teachings and words are constant, they aren’t “uptight” with us. So many things! But these are the basics.

Can you recount an experience/day in your life that you can never forget?

I can never forget my 400level experience. It’s the period I can say my body soul and spirit was tasked to the max.
I was the drama coordinator and so there was the time needed for the programmes: drama Night, drama festival and a picture play magazine.

Asides that my friend I embarked on a project to make a hilarious and exciting video documentary of the entire University. We started shooting at the beginning of the session and ended during the final year week.
Then my department was mass communication and in it had the movie projects, not to talk of the final year project itself.

With all that shrunk into 6, 7 months, I was surprised I didn’t break down more than once. God was faithful

He presently has four successful albums, Digital artist, videographer and more. Joshua often uses his hilarious Jay and Josh series on Instagram to spread the gospel of Christ.