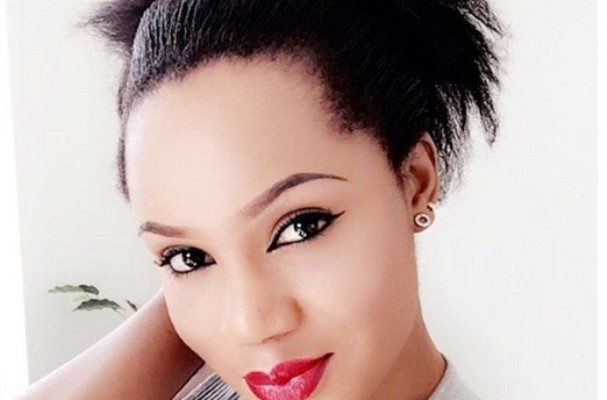 Popular and controversial Nigerian nudist, Maheeda has  revealed sad details about her background. She also spoke about her education, challenges, nudity, marriage, and more in her interview with Punch.

See excerpts from her interview below…

“I grew up in Kano State, but I don’t remember much about my childhood; even the few things that I can recall are not pleasant memories.

I never knew my parents because I was abandoned as a baby. My childhood was characterised by loneliness, sadness and feelings of worthlessness.

From a very young age, I was desperate for freedom and happiness. I just wanted to be accepted. I didn’t have a happy childhood. I was raised by kind-hearted people who took pity on me.”

Maheeda (real name, Caroline Sam), who is based in Dutch, also talked about her education and she claimed that she was only able to get basic education as there was no fund to go further. She said:

”The only school I attended was Ota Akara Primary School, Kano, for my elementary education. There was no money for me to further my education.

However, I continued to educate myself beyond school and the streets also helped me. As a child, my ambition was to marry a Caucasian.

As a child, the only difference between me and the kids that ate rice anytime they wanted and had a lot of toys, was the fact that their mum married a white man.

Meanwhile, those were the things I didn’t have. While growing up, all my hustle was geared towards that direction and I am glad that I succeeded. I am now a citizen of the Netherlands.

However, I now know better. It is not about marrying a white man; it is more about what you can make out of the life God has given you.”

She was asked on why she ventured into music:

“I used to love Indian films while growing up. I was enthralled by the singing and dancing in those movies; so, I wanted to do the same.

I reasoned that being an entertainer would make me famous and somebody to be reckoned with in the society. At that time, I had very low self-esteem and I felt like nobody.

After I met a rich white man and I started having money back then in Port Harcourt, I began to invest in music. I started as a secular singer and the first song I released was titled, I no want you.

The beat was really nice but I couldn’t really sing, so, my voice sounded awkward in the song. I was really criticised and that hurt me. As an uneducated poor lady trying to make a career and a life for herself, I was almost discouraged by jobless haters.

My most popular song as an artiste was Oko yan pia. It did quite well. The last time I released a song was four years ago; I’m busy with my family now.”

On why she loves posting nude photos of herself. Maheeda said she loves it and she doesn’t think she owes anybody any explanation:

“I started posting nude pictures simply because I could. I don’t owe anybody any explanation. Some people may think I just post nude pictures for fun but I love my job as a nude model.

The truth is that most Nigerians are hypocrites. They don’t want people to know that they like what I do. There are so many people that abuse me in the comments section, yet send me private messages, asking to get intimate with me.”