Below is a narration from a Twitter user, Fateemah Habeeb who reported the story of a fifty-something  year old Imam forced to a 14-year-old girl whom he raped and impregnated.

According to the report from the Twitter user, the Imam bragged that nothing can be done to make him pay for raping the young girl who has now reportedly become his wife.

Read the tweets below…

”I am angry right now. Yesterday, I heard a disturbing news that a fifty something years old Imam raped a 14 year old, accepted that he raped her and bragged that nothing will happen to him.

When I spoke with the mother around 5.0 clock yesterday, she was crying and asking for justice, that she needs help. I called people and we tried to fix an early appointment for her. What was I told when I called back? he is now her husband.

I was told that it’s now a family issue and the parents have given their consent for the Imam to marry their daughter! a 14 year old girl and that’s because she is pregnant. I tried to explain that she is a minor and that it is illegal for her to get married.

I tried to explain that rape has psychological effects but it all fell on deaf ears. Her parents do not want everyone talking about her. So tell me, how do we fight this menace?

Same thing that happened once in Akoko-Edo LGA of Edo State when I was there for conference . The family wants justice this minute and there next minute they’re smiling with the perpetrator’s parents because they’ve settled them with a certain amount of money.

Hence you find yourself making fruitless effort to make them appear in court for their testimonies. It’s really sad.

I’ve informed the commissioner of police. Fixed appointment with the state ministry of women affairs. We are getting there. I will let you know how it goes.” 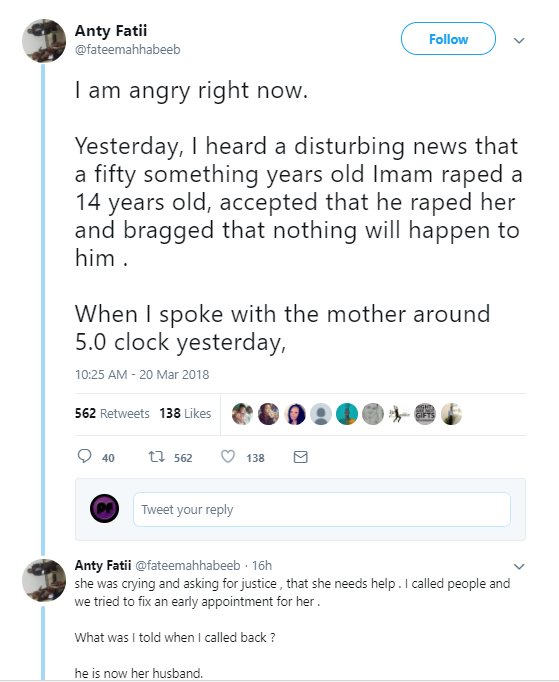 READ ALSO: “I wish parents told their sons not to rape as much as they told their daughters not to dress indecently” – Djinee 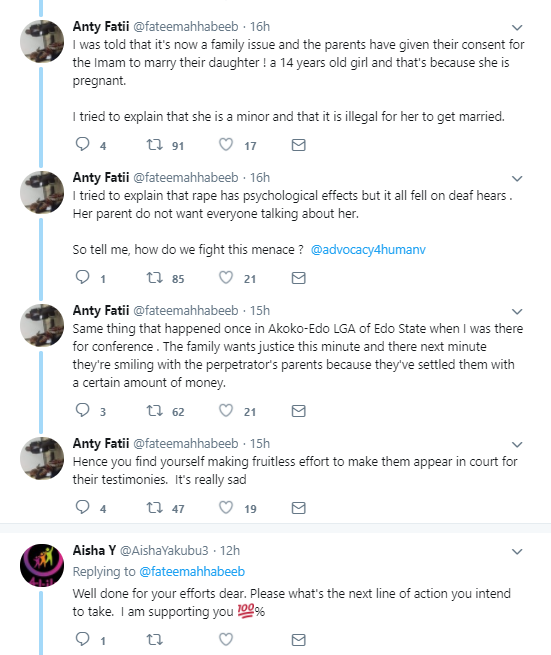 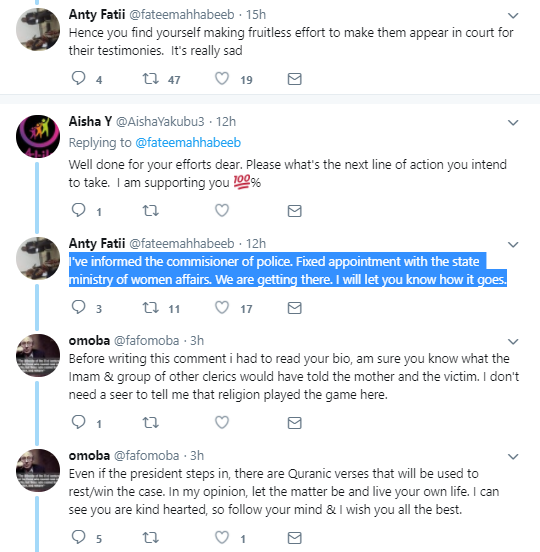