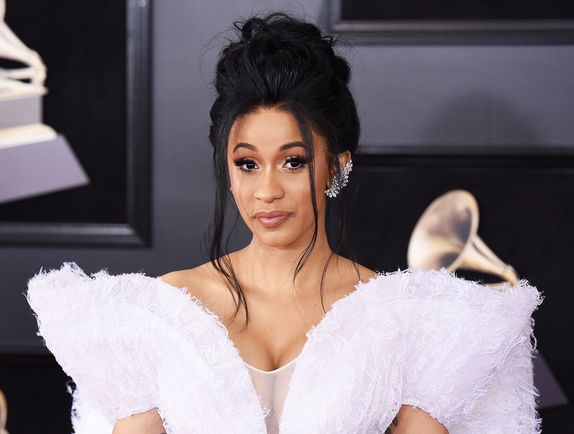 New Findings: Taking One Dose Of Aspirin Daily Reduces A Woman’s Risk Of Ovarian Cancer By 10% & Boosts Patient Survival By 30%.

As sweet as motherhood is, it definitely comes with a prize that you may never have been prepared for. While motherhood comes with a lot of benefits that cannot be quantified, it is also characterized with psychological, physical, emotional, and financial most times unexpected changes that you will have to deal with.

This is the phase at which new mom-of-1, Belcalis Marlenis Almanzar, 25, known professionally as Cardi B is at, at the moment. Cardi B became a mum on July 10, when she had her daughter with husband, Offset from Migos (read here). 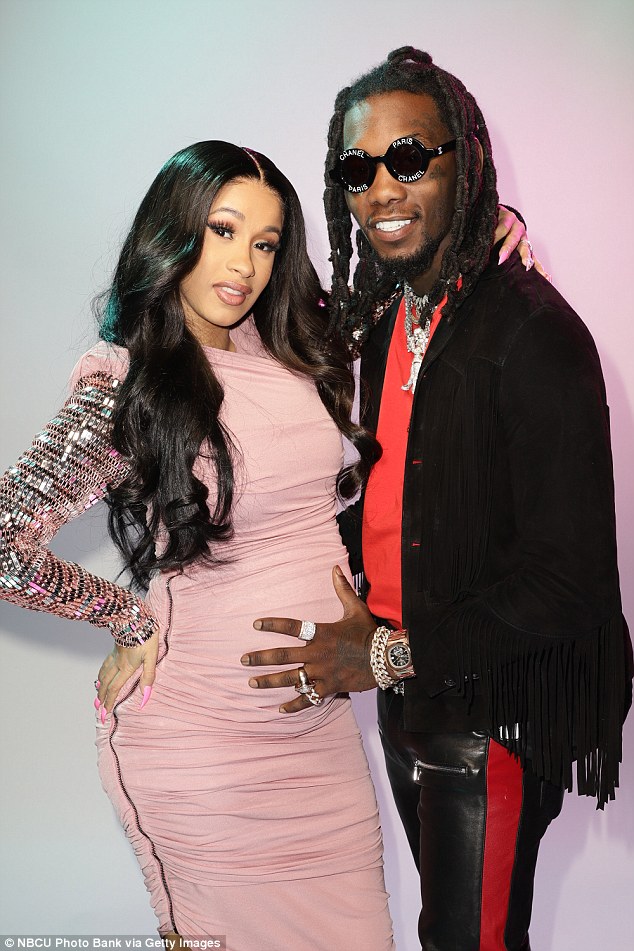 The American rap artiste has just announced that she will not be going on tour with Bruno Mars as planned.

The rapper says she “underestimated this whole mommy thing” and isn’t ready to leave her baby. The 25-year-old first time mom was due to join Bruno Mars on tour for 24 dates across North America on the final leg of his 24K Magic tour.

Cardi said she thought she’ll be ready to hit the road six weeks after childbirth but just discovered that the reality of motherhood is way different from her expectation.

She also explained that her doctor has advised against taking her newborn daughter on the road and she isn’t ready to leave her to travel.

She made the announcement on Instagram saying pulling out of the tour has been a really hard decision for her and hopes her fans will understand.

“I thought that after giving birth to my daughter that six weeks would be enough time for me to recover mentally and physically.

“I also thought that I’d be able to bring her with me on tour, but I think I underestimated this whole mommy thing. I hope you guys understand .This have been such a hard decision .I want to thank @brunomars for understanding.” 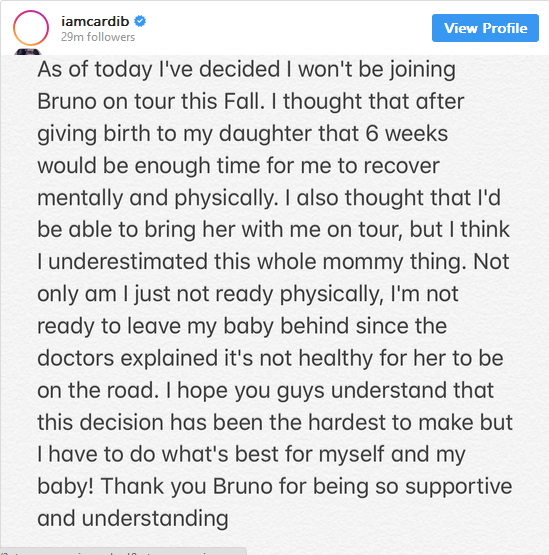 Bruno Mars and Cardi B collaborated on the song Finesse. 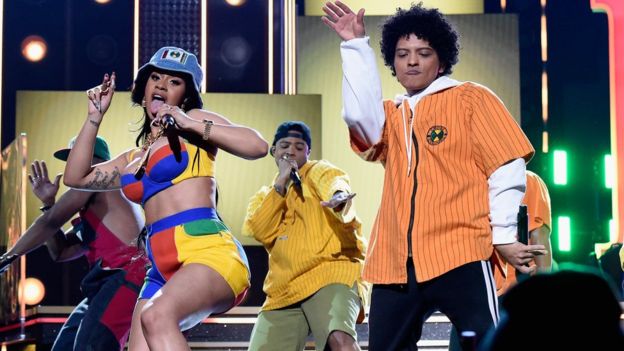 Bruno Mars has responded on Instagram supporting her decision:

“The most important thing is you and your family’s health. We love you Cardi and we will play Bodak Yellow every night in your honour. Please give your baby girl a hug from me and a hug on behalf of everyone on The 24k Magic Tour.”

Kulture is Cardi B’s first child but the fourth for 26-year-old Offset. The couple married in a secret ceremony in September last year.