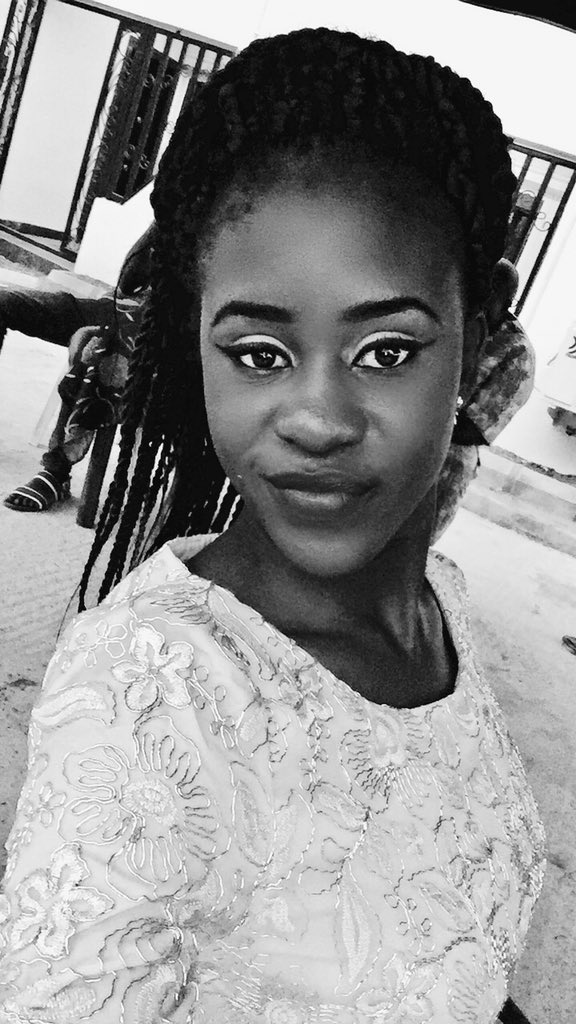 Dear MIMsters: How My Story Ended After I Suffered A Miscarriage & Stillbirth

The argument of feminists particularly in Nigeria is one pill that is hard to swallow, nobody knows what will be said next or what new idea will be pushed forward every other day. Nigerian twitter user and feminist, @Iyemelon has said prostitutes have more dignity than African wives.

@Iyemelon’s tweet is part of reactions to the debate on ‘transactional sex’ initiated by musician Falz who was chided by many Nigerian feminists for suggesting that it was wrong for women to use sex as a means of financial success or gain.

While many other feminists have shared their opinions backing the rights of women to reduce sexual relationships to a financial venture, @Iyemelon’s take is causing major backlash especially for her saying,

She further went to say that it is the freedom from the traditional duties of the typical African wife enjoyed by the prostitutes that really upsets the African man.

“Between a prostitute and an African wife, if there’s anyone who has more dignity, it is the prostitute. She charges you per round. She can decide not to ***k you at all.

This is What African men don’t like about them. The fact that a woman charges them for sex and yet isn’t subject to their wills outside of contract.

BBNaija Star, Ifu Ennada Words Her Thoughts On Settling For A Single Mother Than Be With A Cheating Husband

So they glorify their one time purchased hoes and baby making factories. ????????????????. And try to vilify the woman who does exactly same…

Only that she has what their wives don’t have. FREEDOM” 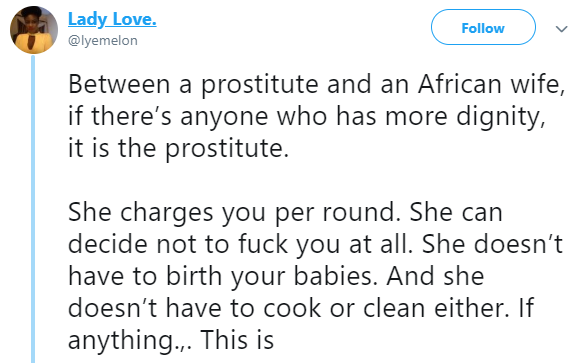 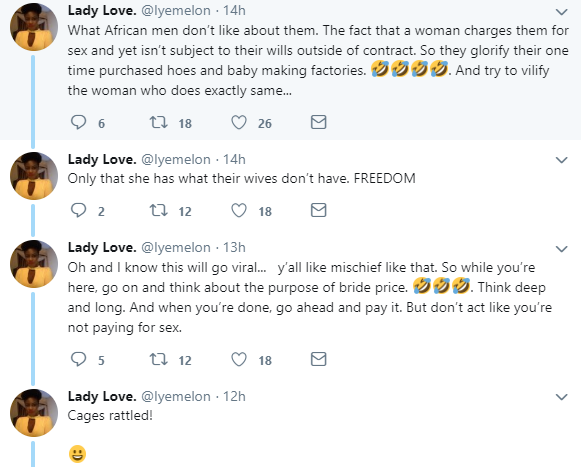 What do you make of it all?