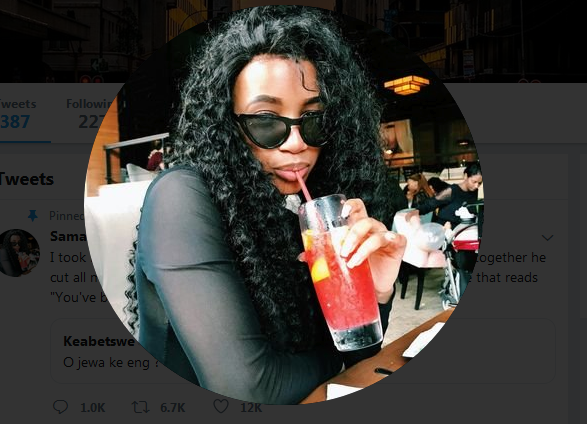 When you think you have heard it all, it gets more interesting on “O jewa ke eng ?” Twitter challenge. Contrary to all the touching tales participants have been sharing, this one you are about to read is both hilarious and worrisome.

South African woman, Samantha on ‘O jewa ke eng?’ narrated how she forgave an ex and went back into a relationship with him which has now turned around to bite her; and bite her real hard!

According to Samantha, 11-months ago, she made peace with her ex and all seemed fine between them. Unknown to her, the guy had his plans and he got to work while the unsuspecting Samantha slept.

“I took my ex back hoping he would change, first night we spent back together he cut all my dreadlocks off while i was sleeping and I woke up to a note that reads “You’ve been played” till this day i haven’t seen the nigga” 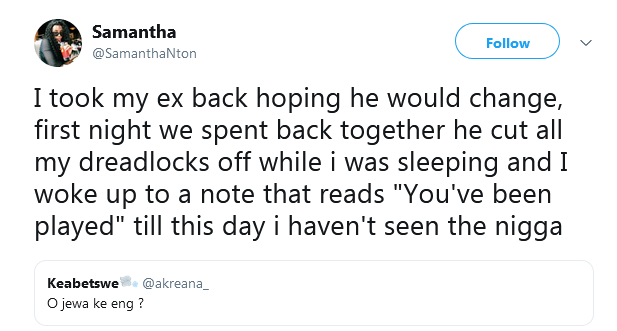 READ ALSO: Morolake Carter Painfully Narrates What Her Mom&#8217;s Lack of Trust About Being A Virgin Did To Her

As could be expected, many Twitter users found Samantha’s tweet hilarious and they made her realize it however, the poor girl says she is scared about the issue. 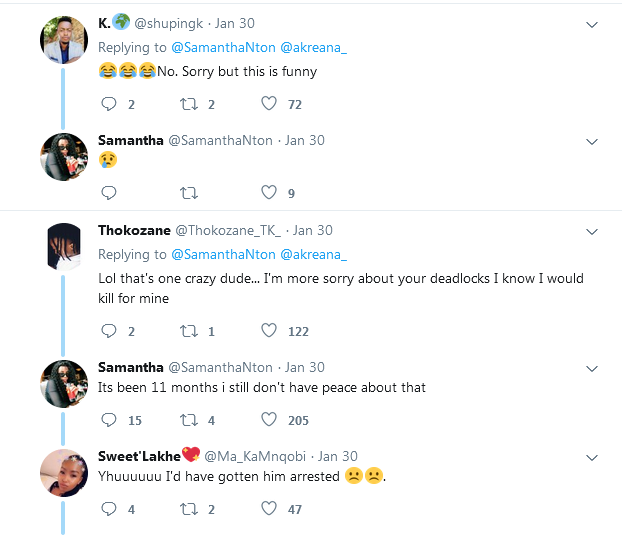 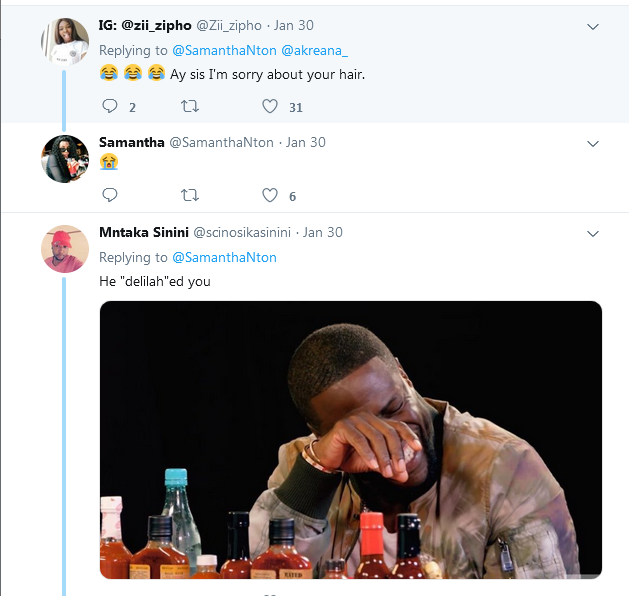 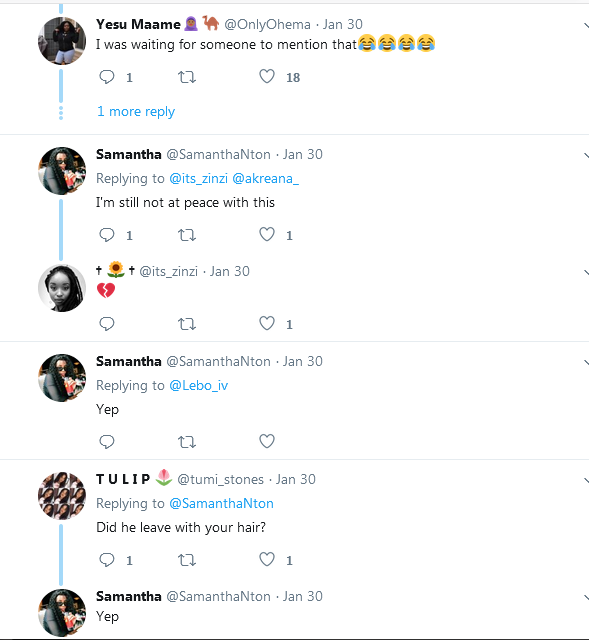 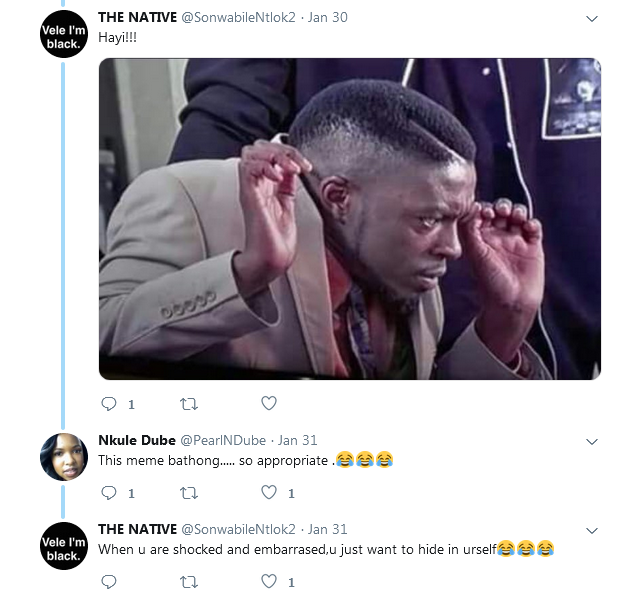 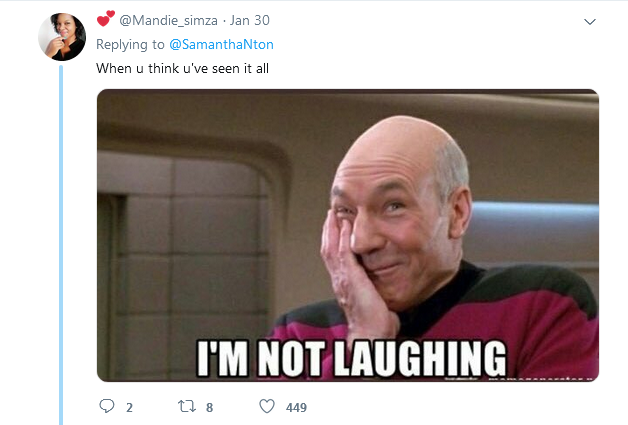 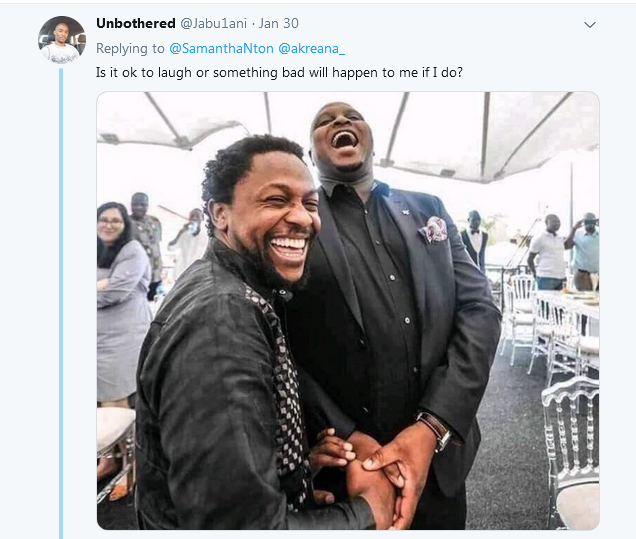 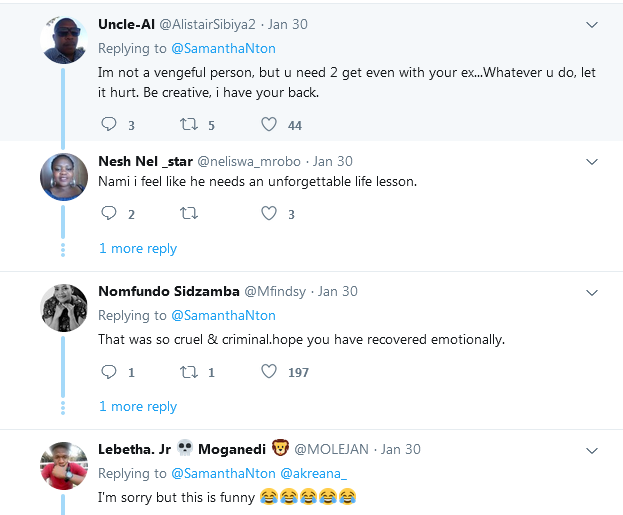 Truly, this is hilarious but worrisome. Tales like this tempts one to say an ex is better left as an ex to avoid stories that touch.