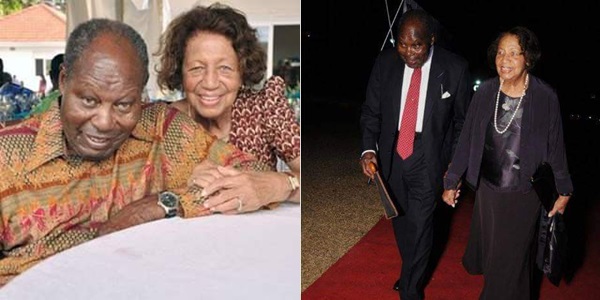 5 Reasons To Make Your Own Baby Food

The story of Ugandan business man, Martin Aliker and his wife of 60-years, Camille is sweet to the soul. After 60-years of marriage, their commitments to each other has not waned and their love gets stronger by the day.

According to the couple, the secret to their long and beautiful marriage is being open to each other; no secrets between them.

READ ALSO: See How This Couple Have Been Celebrating Their Wedding Anniversary For 60 Years 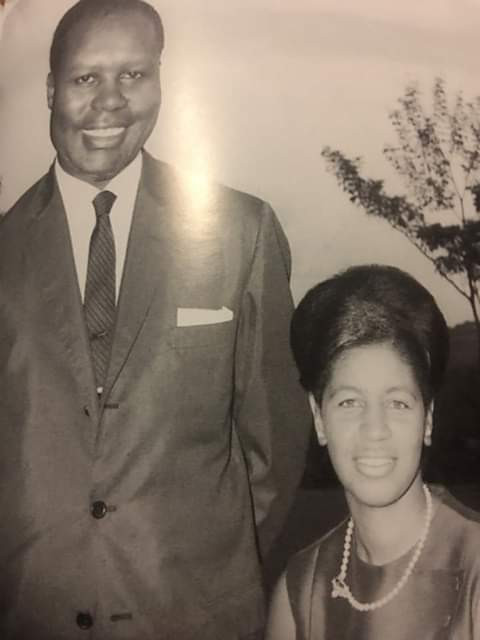 When they speak of their achievements, they each recognized that the other has been a big part of that success and this is the reason they are able to weather the storms together.

Martin Aliker recently celebrated his 90th birthday, but most importantly; 60 years wedding anniversary with his wife at their home in Gulu Town.

Aliker is by and large a successful man. He is an accomplished businessman, dentist, former minister, presidential advisor, Victoria University Chancellor and has served as board chairman of several organisations, including Monitor Publications Ltd and Uganda Breweries Ltd.

Aliker says one of the reasons he has spent 60 blissful years and counting, in marriage is because he shares all his financial details with his wife and she has access to any amount of money she wants from any of his bank accounts, without consulting him.

At the event of his 90th birthday and 60th wedding anniversary, he humourously said to their guests:

“Our finances are one and the same. We have no secret accounts. Camille can withdraw money from the bank and all of it. If for 60 years she has not withdrawn all of it, I do not think she will.”

The colourful function started with a thanksgiving service led by Northern Uganda Bishop, Johnson Gakumba. The Alikers later treated their guests to a sumptuous traditional meal and choice drinks. For entertainment, it was traditional Ding Ding and Bwola dances.

Aliker met Camille over 60 years ago when he went to the U.S to study Dentistry and he returned with both a degree, and a wife. 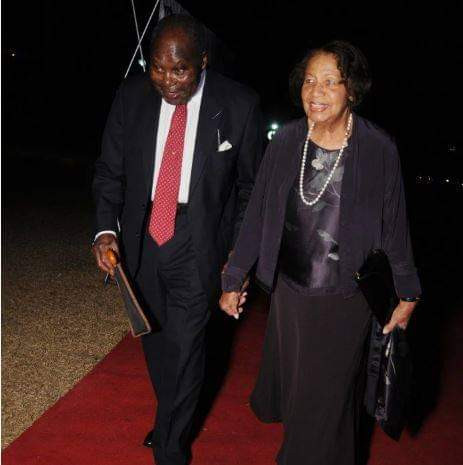 “I have often asked Camille why she married me because at that time, Africa was the Dark Continent and a number of people did not want to be associated with Africa. Camille had many suitors in Chicago and beyond, but she chose to come to Gulu.”

He said Camille’s American brothers were also against her marrying an African and leaving America, but they later turned out to be very good friends. For Camille, coming from America to Africa was a whole new experience and she admitted it was a bit frightening.

“I arrived in Gulu as a big-eyed scared girl. I came on a flat boat made of bamboo.”

Aliker’s father, Lacito Oketch, was Rwot (chief), and he organized a big homecoming for his daughter-in-law.

“My father-in-law had a huge gathering to meet me. I was frightened to death but I did not show it. One of Martin’s sisters made it her business to check on me every 10 minutes. She would look at me, smile and run away.”

As can be expected, Aliker and Camille had their fair share of challenges, too.

Actress Nkechi Blessing Shares Her View On What It Takes To Have A Successful Marriage | Do You Agree?

“Marriage has been fantastic. Men should take some lessons from him (Martin). God has been present in our lives. It has been wonderful, fantastic, fulfilling … every superlative you can think of. But of course, every marriage has those trying moments. It has not always been rosy but when you put God first in your marriage, you can succeed,” 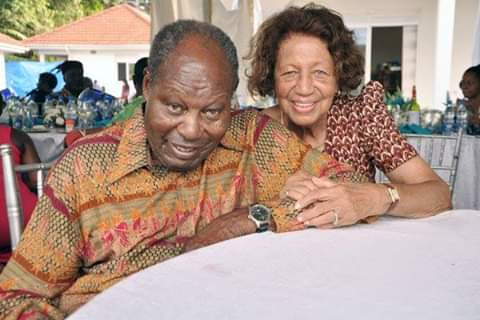 “Young people ask me what the secret to a lasting marriage is. I tell them there is a book called the perfect marriage which has not yet been written, but which every woman has read. A friend told me, in order to get this marriage going I have to treat it like a warfare. You have to expect that the enemy is going to strike today,”

Aliker said before narrating the day ‘the enemy’ struck him with her silent treatment:

“I was a university chancellor and after I made a speech, a female minister said, “you people do not know what Martin and I mean to each other.” She went on to narrate how we had a long history of friendship. I had never seen that lady before and she was not even born when I was a student at Makerere. When the function ended, sergeant major [referring to his wife] gave me the silent treatment until we arrived home and then said, ‘I did not know you and the minister were friends.’ To cut the long story short, you never know from which direction death is coming for you.”

However, despite the few hiccups, Martin Aliker says marriage has been blissful:

“On the positive side, I have been very happy. I have a woman who is understanding, believes in me and we have done many things together.”

His only regret is that she has one other love – her hair:

Aliker also said he likes his wife because she reminds him of his own mother:

“My mother’s temperament was similar to my wife – slightly mad.”