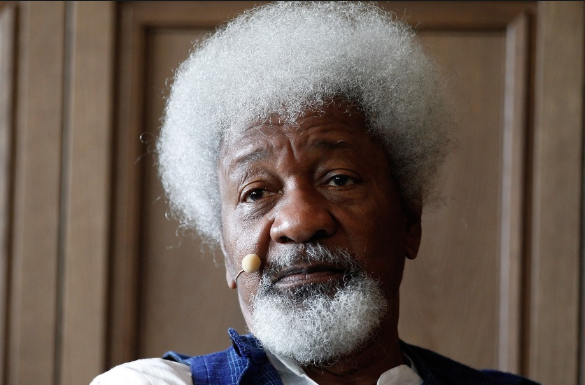 Falz’s Manager, Femisoro Ajayi Dishes On Why Nigerians Shouldn’t Have Their Kids In Nigeria… Do You Agree?

Just as the popular saying, spare the rod and spoil the child. Disciplining a child can be a fine balancing act as kids are naturally wind up merchants, continually testing the limits of how much cheek you can stomach. Discipline is future-focused, always geared towards future acts.

Nigerian playwright, Wole Soyinka has said that the strict discipline he received as a child growing up with his uncle Rev. Oludotun Ransome Kuti shaped his life to become what he is today. Rev. Ransome Kuti was the father of Afro-beat legend Fela Anikulapo Kuti.

Speaking at an event over the weekend, 84-year-old Soyinka recalled with nostalgia how tough it was to have spent two years as a student at Abeokuta Grammar School where his uncle was principal, The Nation reports.

The Nobel laureate recounted his two years stay at Abeokuta Grammar School during the unveiling of the Kuti Heritage House at Isabo Abeokuta. The house was refurbished by Ogun State government.

According to Prof. Soyinka, the two years he spent with his uncle was enough to have shaped his life and made him what he is today, though he later escaped to Government College Ibadan. He stated:

”I remember my uncle. I remember that he wielded heavy cane that was what made us. Two years were more than enough to tune me up.

I spent two years at Abeokuta Grammar School before I escaped to Government College Ibadan, which to him, was an “ajebutter” school, a school for a spoilt child.”

However, Soyinka noted that irrespective of the campaign against child abuse, parents shouldn’t spare the rod.

Soyinka who commended Ogun State government for the refurbishing and upgrading of the Fela’s family house in Abeokuta urged African governments to preserve African culture by investing in it.

Unveiling the Kuti Heritage House, Governor Ibikunle Amosun said the gesture was part of his administration’s efforts at celebrating sons and daughters of the state and preserve the cultural heritage of the state.

Senior Consultant to the governor on Culture and Tourism Yewande Amusan described the Kuti Heritage House as a well thought out idea and investment to preserve the legacies of the Ransome Kuti’s family as a befitting museum was put up to tell the stories of the family as a whole.

READ ALSO: Actress Uche Ogbodo Shows off Her Parents | How Her Dad’s Discipline Made Her Strong-willed

Speaking on behalf of Kuti family, Yemisi Kuti noted that integrity, human values, hard work, selflessness, and patriotism that were put up by her family to national development in various fields of human endeavours translated to what the government and people were celebrating and not material wealth or position.

Other members of the Kuti family who attended the event were Dotun and Yeni with their spouses.